Deputy Foreign Minister Emanuela Del Re opened the celebrations of the World Human Rights Day at the Farnesina. Italy “very successfully” passed the last oral exam of the third periodic review cycle of the UN Human Rights Council, “despite a climate that in this moment sometimes induces us to think that we are losing awareness of human rights”. Luckily, she continued, the Country has a great capacity of resilience. Italy is a historic supporter of all the Conventions aimed at fostering human rights: this is the reason why, in 1978, it established the Inter-ministerial Human Rights Committee (CIDU) at the Foreign Ministry, which the UN now defines as a ‘best practice’ to hopefully also be replicated in other Countries.

In order to focus attention back on these themes, the Deputy Minister announced the intention to create a Human Rights Award to be assigned to entities, associations or persons who distinguished themselves through awareness-raising initiatives conducted in Italy. As of 2020, the award will be assigned by the CIDU, assisted by an honour commission and possibly also through internationally known testimonials. Among the future challenges, Del Re emphasised the importance that Italy establish an Independent National Human Rights Commission, the adoption of which is contained in a bill now being discussed in Parliament. 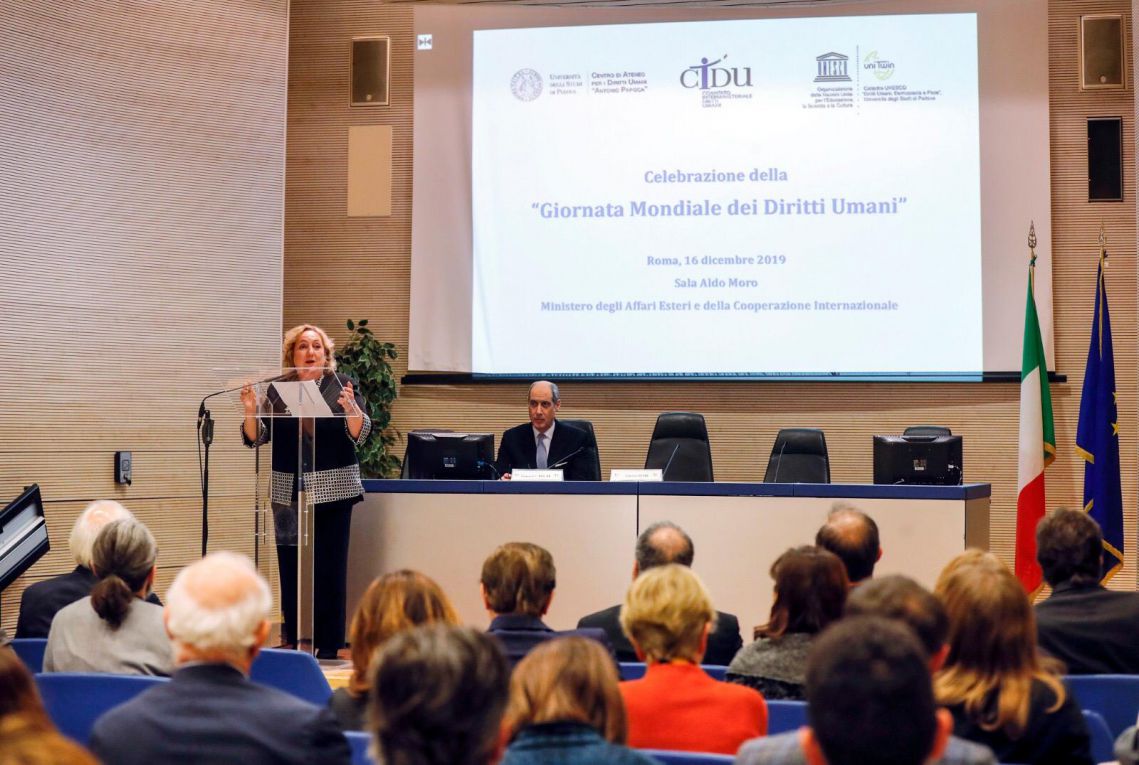