Italy continues to give its support to the International Criminal Court (ICC) in The Hague which is currently engaged in the General Assembly of the Member Nations. For the occasion, the Italian Embassy in the Netherlands contributed by organising two side-events.

The first event, co-organised with the Embassy of Japan and titled ‘Realizing Expeditious Criminal Proceedings’, contributed to tackle the issue of the reasonable duration of trials and investigations while concomitantly assuring respect for the fundamental rights of all the parties to the case. The event was chaired by the former President of the International Criminal Tribunal for the former Yugoslavia, Fausto Pocar, and featured Japanese and Italian judges Noguki and Franz as scheduled speakers, who illustrated how the theme is tackled and regulated in their respective national judicial systems and how their experience could serve as a model to follow.

The second event, entitled ‘Protection and Participation of Victims in the ICC System’, was jointly organised with the Embassy of Chile, and offered the opportunity to analyse how to implement the participation of victims in the proceedings, both during the investigation and in the trial part. The debate was enriched with contributions from the former judge of the International Criminal Court, Cuno Tafusser, the Chilean attorney expert in human rights, Francisco Cox, and Paolina Massidda, in charge of the Office of Public Counsel for Victims at the ICC. 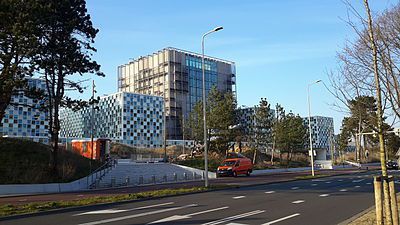