Brussels: a comic strip to tell the story of Italian emigration

A comic strip to tell children about a chapter of Italian immigration. ‘An Important Story. 70 years of Italian immigration in Belgium and more’ is the title of the work, funded by the Ministry of Foreign Affairs and realised by the Italian-Belgian designer Antonio Cossu, retracing the years of Italian immigration from 1946 to present day, passing through the tragedy of the Bois Du Cazier coal mine in Marcinelle on 8 August 1956, which claimed the lives of 262 miners, including 136 Italians. The idea of the ​​comic strip was promoted by Comites (Committee of Italians Abroad) of Belgium and supported by the Walloon Region “for its high informative and educational value”. Antonio Cossu’s drawings illustrate discrimination and prejudice towards Italians in Belgium in the 1950s, when miners were promised housing and good wages, but then lived in sheet metal shacks. “The history of Italian emigration was, especially in the first decade of the post-war period, characterised by the sufferings of immigrants, stigmatised and subjected to harsh living and working conditions. The Marcinelle tragedy marked a turning point”, commented Ambassador Basile during the presentation of the volume in her residence.

“Belgium has given us the opportunity to integrate, to have a job, while those who arrive today from Italy usually do not have an employment contract and are in search of a future. We must believe in Europe if we want to change things. There was already a lot of Europe in Marcinelle”, explained Raffaele Napolitano, President of Comites of Brussels, Brabant and Flanders. According to Undersecretary Ricardo Merlo, the goal of the work is to make the history of Italian emigration known to young people: “We must work so that this story, that is part of our country’s past and present, be known and learnt in Italy. Nowadays immigration is different from what it used to be, you must respect it and integrate it, but always maintaining an order”. “In order to work on the future, it is important to interrogate the past and to preserve our memories - concluded Luigi Vignali, Director General for Italians Abroad -. We must remember that today we are those who were welcomed yesterday”. Ambassador Basile, Director General Luigi Vignali, President of Comites of Brussels, Brabant and Flanders Raffaele Napolitano, former President of the European Commission Romano Prodi and former President of the European Parliament Antonio Tajani sign the preface to the volume. 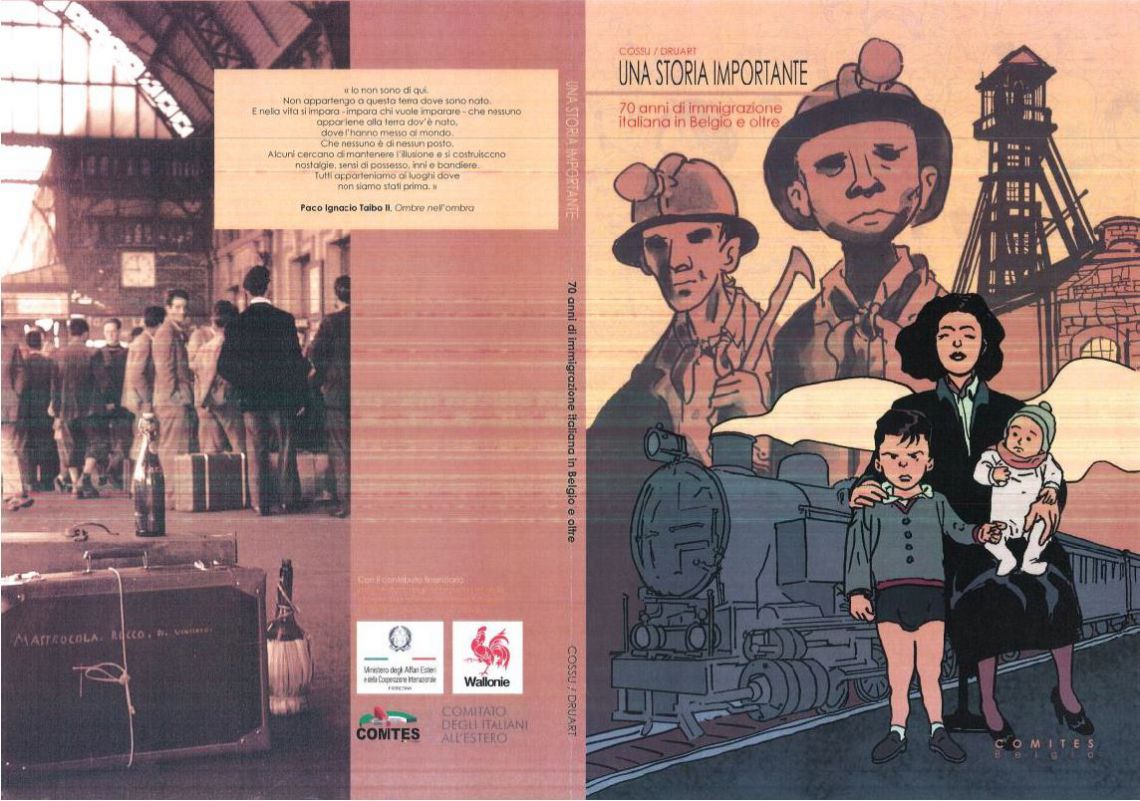