"Doctors, nurses and social workers are currently suffering from a lack of protective equipment, especially masks. Such suffering is real not only for medical staff but also for our law enforcement and rescue forces, our military and the many entrepreneurs and workers in the factories. Dear servants of the State, I hope that these words of mine, if you ever have time to read them, will give you a little encouragement. As Minister, I am at your service.

At 4.30 p.m. today, the first million and a half masks that had been stuck in Egypt landed in Italy. And shortly afterwards the 40,000 masks held in India touched down on the runway. Together with Defence Minister Guerini and the Head of Civil Protection Mr Borrelli we decided to use military flights also to go and collect the masks ready in China, to avoid useless wasting time. Between tomorrow and the day after tomorrow two aircraft will arrive, one of our Air Force from Beijing with 1.5 million masks + 100 lung ventilators on board and one, that makes reference to the Civil Protection, coming from Shenzhen, with another two and a half million masks on board. There is also a driver who is driving non-stop from the heart of Europe to bring us another 2 million masks.

A few hours ago, we managed to unblock the donation of the Russian Federation armed forces and hundreds of thousands more masks, medical equipment and eight teams of doctors will arrive. Also, thanks to the contract signed with the Chinese factory BYD (which produces cars but has reconverted), another 6 million masks will arrive on Wednesday and from the following week 20 million each week, for a supply of over 100 million masks, which will be further expanded. We've also unlocked the 200,000 masks in Turkey (which are either leaving or we're picking them up) and another 2 million masks in Brazil, including 100 lung ventilators. We are working tirelessly with Minister Speranza and the director of our Customs Agency Minenna on the 600,000 masks in Ukraine, while for those in Poland in-depth discussions are already underway.

We will ensure that we have an adequate internal production capacity.  Commissioner Arcuri, for this reason, has started an extraordinary production in these very hours, encouraging the industrial conversion of some Italian factories. But until we can produce everything in Italy, the Foreign Ministry, with its women and men in the diplomatic corps, together with our intelligence agencies, will continue to search the world over for the material we need. Some consuls and ambassadors are currently using their knowledge and personal reputation to find ventilators and masks in the most unthinkable countries. Some of them have rented warehouses, bought the material on parole, stored it with the help of the embassy staff, supervised the loading/unloading on cargo flights and went to sleep - a few hours - only after the plane touched down in Italy.

Every day the Ministry of Foreign Affairs and my closest collaborators call dozens of our ambassadors around the world to see if there is any new help. These people are going beyond their duties and responsibilities, guaranteeing contracts and operations often only with their word and the finances of their embassy. It is true; we are all called upon to do our utmost. And indeed, these people, like so many other servants of the State at the moment, are doing so.

To our heroes in white coats, I say: hold on! To the countries that are helping us, I say: we will never forget you." 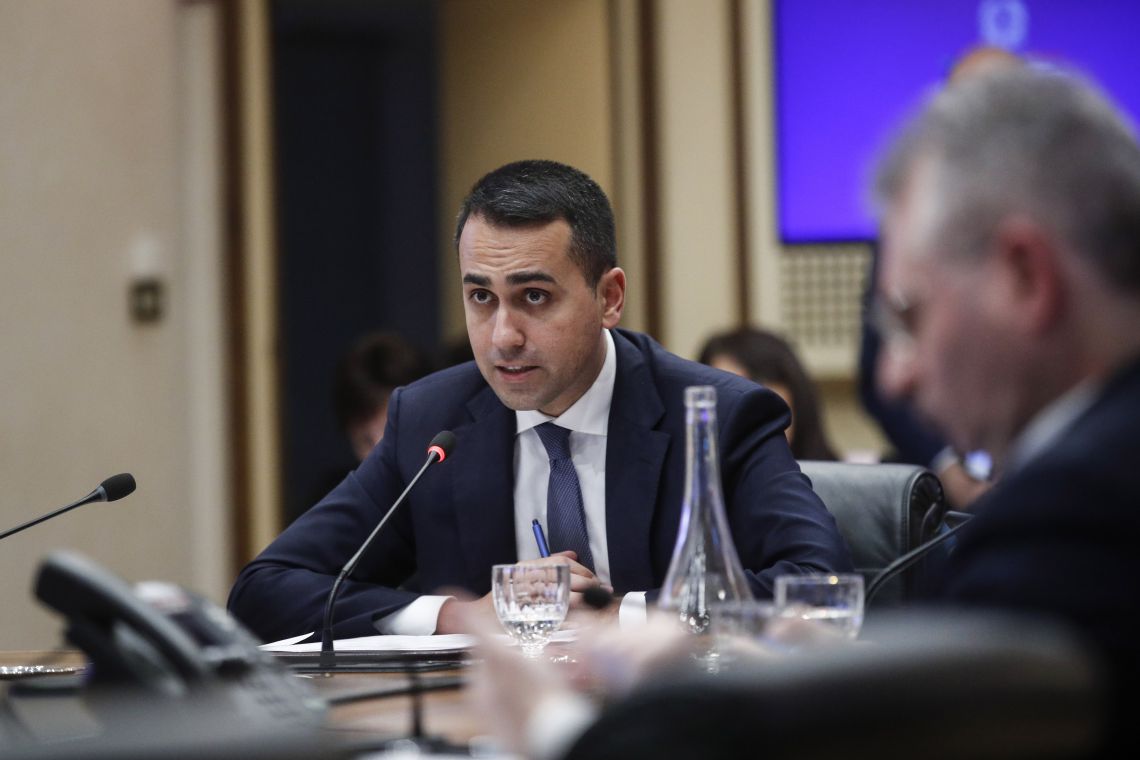