QSWUR: Italy is seventh in the ranking

Italian universities are climbing the ranking of the best universities in the world, and Italy confirms itself as a centre of absolute excellence for advanced studies and quality teaching.

QS World University Rankings' prestigious analysis is based on rigorous research that includes the opinions of over 100,000 lecturers, academics, and researchers and 51,649 human resources managers and directors. It also includes the analysis of 18,530,368 scientific publications and 138,397,765 citations. 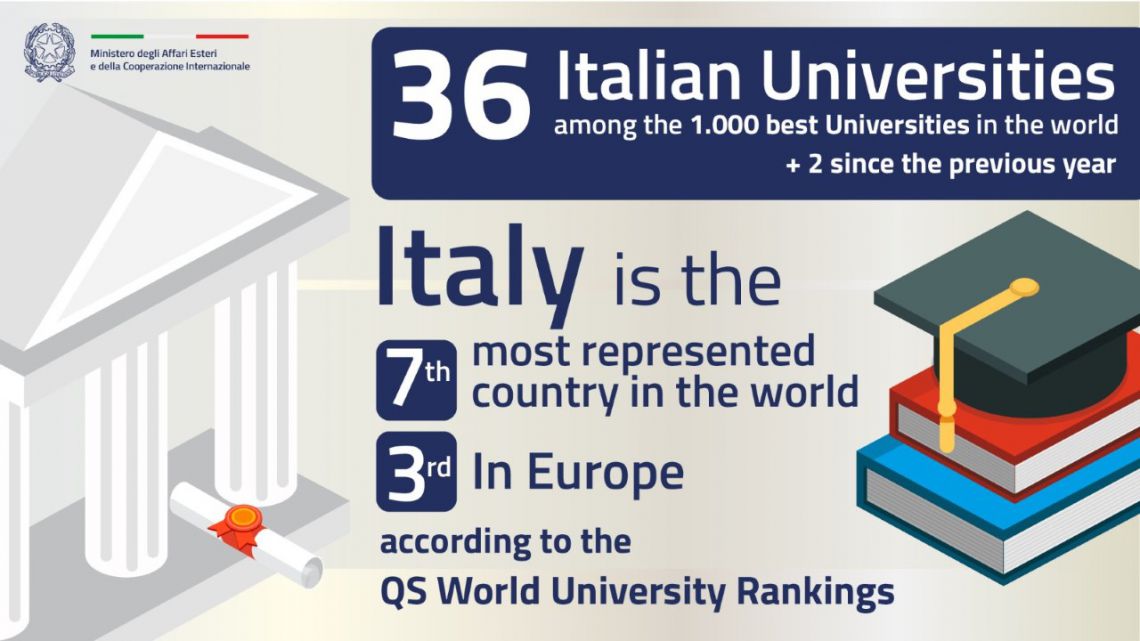