Embassy of Nur-Sultan: the "Third Paradise" of Pistoletto

The COVID-19 epidemic does not stop the appreciation of Italian contemporary art in Kazakhstan. A large installation depicting Michelangelo Pistoletto's "Third Paradise" will be inaugurated in the charming Nurzhol Boulevard in front of the residence of the President of the Republic of Kazakhstan in Nur-Sultan on 5 July 2020, on the occasion of the 21st anniversary of the capital of the Republic of Kazakhstan and the 75th anniversary of the founding of the United Nations Organization. The work, reproduced in felt (material used for the covering of typical Kazakh yurts) on a surface of 35 x 13 meters, will contribute to add a further Italian imprint to one of the most iconic places in the new capital of Kazakhstan, which is also overlooked by the large auditorium of the Kazakh Central Concert Hall, designed by Studio Manfredi and Luca Nicoletti of Rome and which last year celebrated the tenth anniversary of its inauguration.

The "Third Paradise" consists of three contiguous circles and, according to the artist, symbolizes the need for a "search for a global balance between human intelligence and the intelligence of nature" that allows mankind to build a new relationship with the Earth, under the name of sustainable development. After Milan, Paris, Geneva, Tokyo, and many other metropolises, it will also land for the first time in Central Asia, where it will be available to the public until next autumn.

The initiative has received the support of the United Nations Office for Kazakhstan and the Italian Embassy in Nur-Sultan. 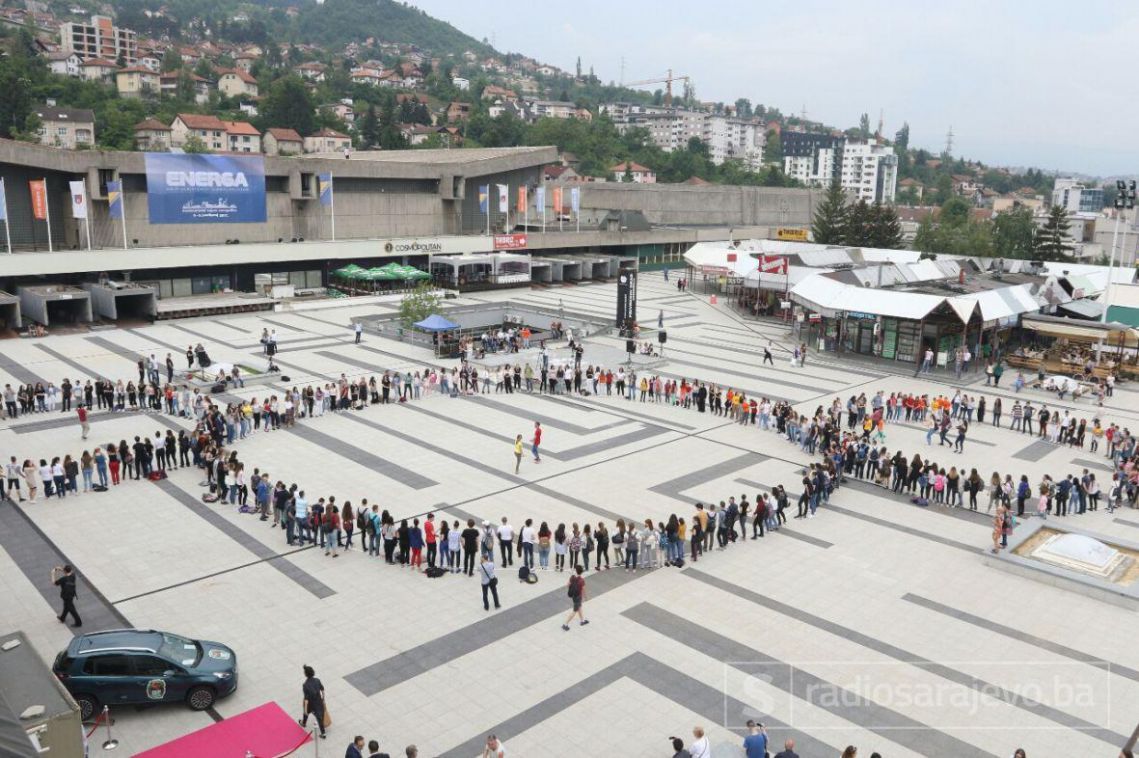