The Italian Cultural Institute of Sofia presents the photographic exhibition I Set di Fellini (Fellini’s sets), dedicated to the great Italian director. The event is part of the summer program of the IIC. The exhibition is realized thanks to the Cineteca of Bologna on the centenary of the director's birth. 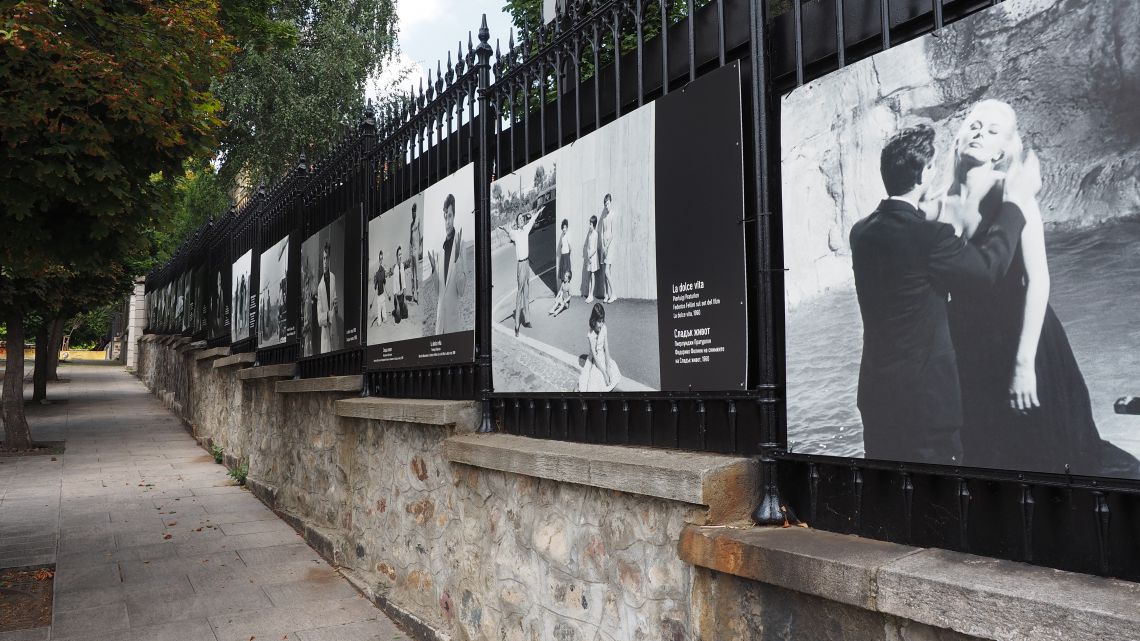 The photos that make-up this exhibition are unique documents of how Fellini made his films. The moment of filming was only one of the phases of his creative work. Once the filming was over, Fellini began a new phase of total creative freedom in which he built a new film in post-production. The shooting phase represented a unique and unrepeatable creative moment in which Fellini determined every choice of his crew and led the actors to realize what he had imagined. These images document how Fellini's presence on his sets was all-encompassing and how, film after film, it also grew because of the need to "hypnotize" the crew and to have increasingly vast and complex sets. From the vision of the photos seems to emerge a certain light-heartedness, a playful side, a love for his characters that in Fellini seems to have the upper hand over the anxieties of creation. The stage photographers, among the best in our country, thus become his accomplices. They are those who shoot the 'real film' that we spectators will never see, the one in which the Magician Federico plays all the roles. But these images are also the testimony of an unrepeatable artistic experience and the team of men and women, artisans, technicians, and artists that allowed Fellini to make it.

The photos will remain on display until August 31.