The Ambassador of Italy to Washington, Armando Varricchio, at the webinar organized by the American Chamber of Commerce in Italy (AmCham) " Le relazioni transatlantiche nell’epoca del “Never normal”: diplomazia e business ". The event was held in the aftermath of the European Council agreement on the Recovery Fund.  during which it was reiterated that Europe and the United States remain the pillars of the post-Covid-19 recovery. The debate was introduced by Luca Anrnaboldi and Simone Crolla, President and Managing Director of the Chamber. Campari's President Luca Garavoglia and Harvard Business School economist Dante Roscini also participated in the discussion. 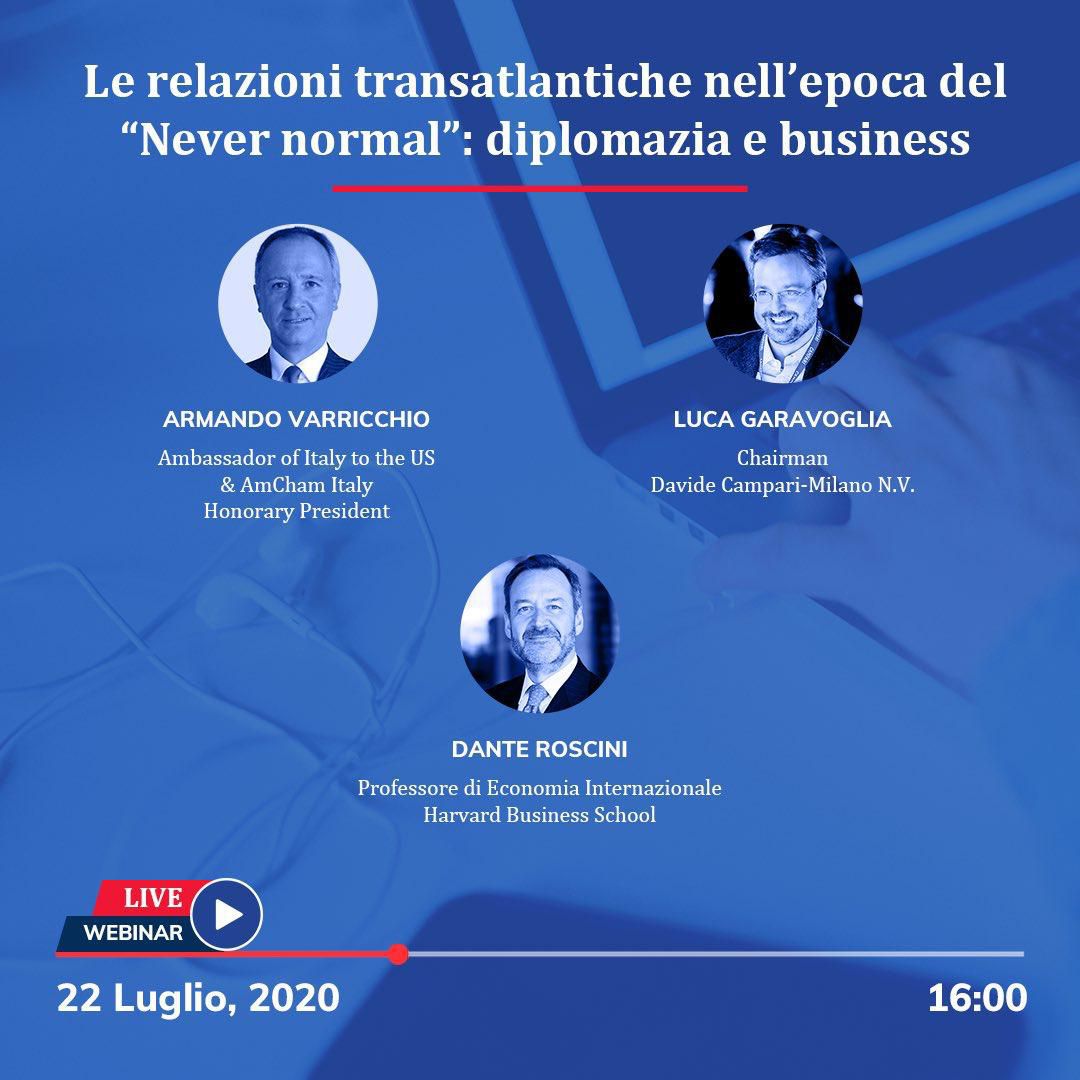 “Nothing will be the same as before. The US and Europe, thanks to their unparalleled political and economic integration - said Ambassador Varricchio - have the tools to "read" this crisis so that tomorrow's world can be better than the "normality" that we leave behind ",.

“Italy, a founding country of the EU with a strategic relationship with the US on the political, economic, industrial, technological and cultural levels, can play a crucial role in successfully charting the future and bringing the two sides of the Atlantic closer".

During his speech, Ambassador Varricchio recalled data on the commercial exchange between Italy and the US (over 100 billion USD in 2019), the total amount of FDIs (70 billion USD), the great interest in Italian technology and innovation and Made in Italy, the tools made available by the Italian government and agencies to support businesses and the "Pact for Export" launched by the Ministry of Foreign Affairs on June 8, 2020.

The strength of relations between Italy and the US has not diminished during the crisis as testified by the Administration's decision to allocate $ 100 million in support of Italy, by the 50 million Euros donated by American companies and by the numerous demonstrations of solidarity received from every corner of the USA. Particularly appreciated by the American scientific community was the flow of information provided by Italy in the initial phase of the pandemic. The two countries are now engaged together in the development of effective vaccines and therapies. 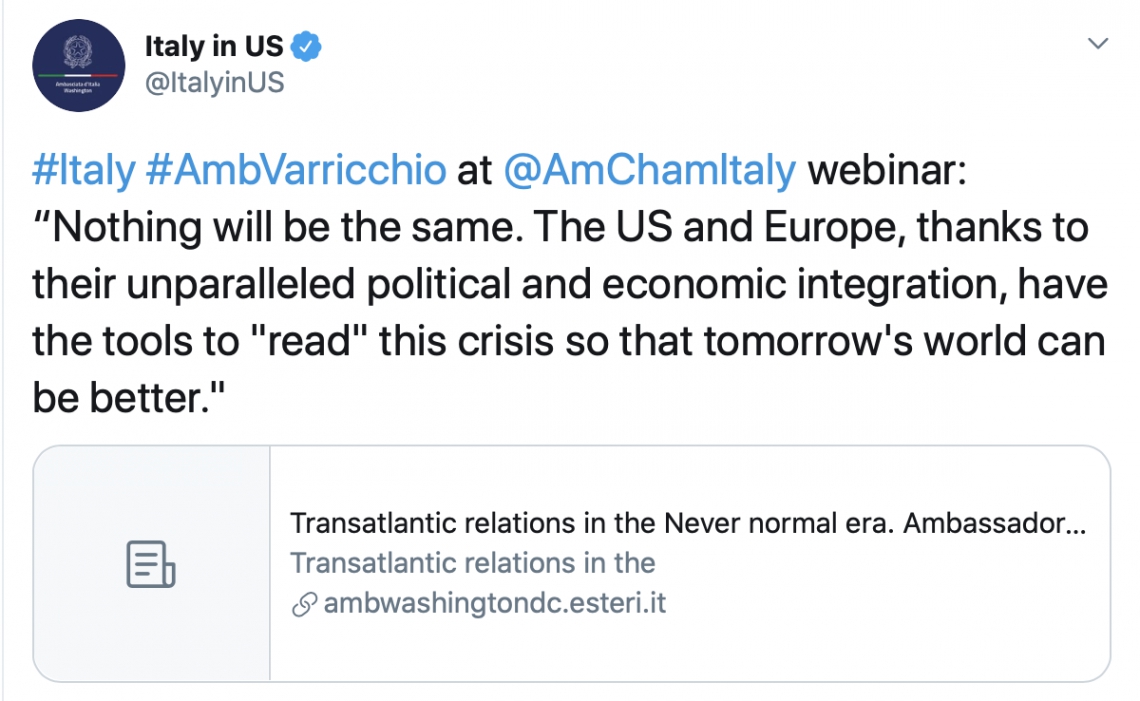