IIC Toronto: a webinar on Raphael and Paolo Veronese

In this presentation, Dalla Costa will illustrate the many similarities between Paolo Veronese and Raphael, not only in terms of style and composition, but also in terms of visual eloquence, graphic intelligence, and workshop practice.

Raphael (Urbino, 1483 - Rome, 1520) is without doubt one of the most influential artists of all time. His art has been widely acclaimed by his contemporaries for the clarity of its forms, its ease of composition, its delicate handling, its rich and brilliant palette, and its ability to represent an ideal world of grace and perfection. Although he died prematurely, as an example of classicism Raphael dominated the academic tradition of European painting until the mid-19th century.

Paolo Veronese (Verona, 1528 - Venice, 1588) was born after Raphael's death in Verona, a city that was under Venetian rule. Influenced by Parmigianino, Raphael, and Michelangelo, his first works are composed in an elaborate way, negotiating light and space equally. Later, Paolo Veronese's art became emblematic of the splendours of Renaissance Venice, although it could be argued that his style is not par excellence "Venetian". His crowded but skilfully organized compositions combine elegant posture, eloquent gesture and classical architectural backdrops, wealth of detail and pictorial richness reminiscent of those of Raphael. Veronese, often employed as a fresco painter, occasionally designed architectural compositions, and ran a large, well-organized workshop: these features may suggest an even closer comparison between Veronese and the genius of central Italy.

The conference - in English - will be held on Thursday, August 20 at 12 noon in Toronto (6 pm in Italy) on Zoom. To register click here. 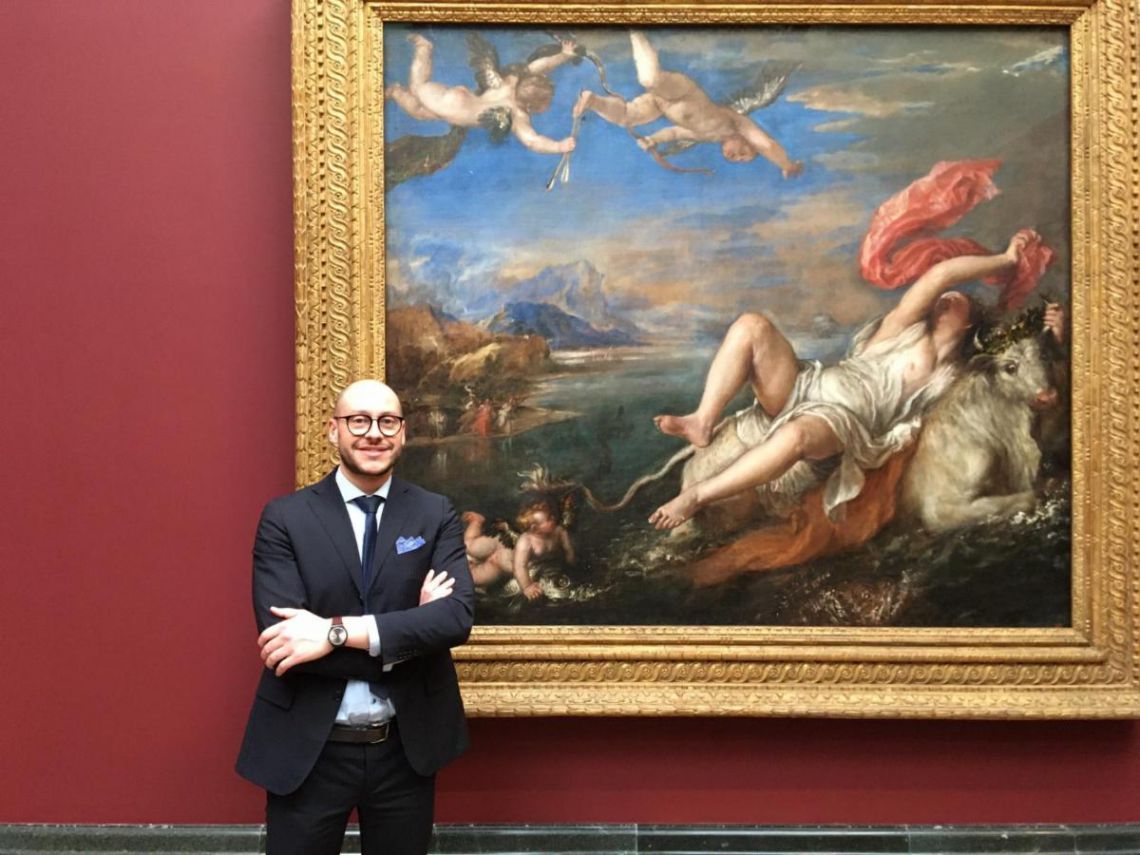 Thomas Dalla Costa completed his PhD at the University of Verona in June 2012, with a thesis on Paolo Veronese and the organization of his workshop. He was a member of the Dutch Institute of Art History in Florence (NIKI) and the Ermitage Italia Foundation in Ferrara. In 2014 he was Assistant Curator for the exhibition Paolo Veronese. L’illusione della realtà (The Illusion of Reality) (held in Verona, July-October 2014), a position supported by the Wolfgang Ratjen Foundation (Vaduz, Liechtenstein).

In 2015, Dalla Costa was a researcher at the University of Verona, with a project on Titian's series of Venus and Adonis. The result of this research was recently published on “Venus and Adonis" by Titian: art, culture and society between Venice and Europe) (Venere e Adone" di Tiziano: arte, cultura e società tra Venezia e l'Europa (Venice, Marsilio editori, 2019). In September 2016 he was appointed Research Fellow for Save Venice Inc., for which he edited a guide on Jacopo Tintoretto (Venice, Marsilio editori, 2018). In 2017 he co-curated the exhibition Venetian Renaissance:Titian, Tintoretto, Veronese) (Venezia Rinascimanto: Tiziano, Tintoretto, Veronese)  (Moscow, Pushkin Art Museum, June-August 2018). He has published numerous articles on Titian, Tintoretto, Veronese, and his workshop. He has a strong interest in the creative process of artists and the key role of drawings in the studios of the Venetian Renaissance. A member of the Accademia Roveretana degli Agiati since 2018, in February 2019 Thomas was appointed Harry M. Weinrebe Curatorial Fellow at the National Gallery in London, where he recently assisted the Curator of the exhibition Titian. Love, Desire, Death (March 2020-January 2021), for which he also contributed to the catalogue.