"Italia-Russia. Un secolo di cinema" (Italy-Russia. A century of cinema): this is the title of the book, conceived by the Italian Embassy in Moscow and presented at the 77th Venice Film Festival. The event was attended by Ambassador to Moscow Pasquale Terracciano, President of the Biennale Roberto Cicutto, curators of the book Olda Strada and Claudia Olivieri, director Andrey Konchalovsky.

The book, published in Italian and Russian, tells the story of the cinematographic experiences that have affected Italy and Russia since the birth of cinema, according to a chronological order and an innovative approach. The publishing initiative confirms that also in this sector the two countries have established collaborations of the highest level that have marked the history of world cinematography. The publication of the volume 'Italia-Russia. Un secolo di cinema' completes the trilogy, commissioned by the Italian Embassy in Moscow, dedicated to Italian-Russian cultural and artistic relations: architecture, music and, now, cinema. Sectors in which relations between the two countries have given their maximum expression.

"This is - Ambassador Terracciano commented - a publication that is a concrete and precious testimony to the excellence of Italian-Russian cultural relations, a further confirmation of the importance of culture as an essential substratum of the long and successful history of solid and prestigious Italian-Russian relations in all the main sectors of bilateral collaboration. Even before the October revolution there were Italian entrepreneurs and directors who came to Russia to make films and documentaries, as well as the fact that, after the revolution, many Russian actors and directors settled in Italy and cooperated with the then flourishing film industry in Turin". "The history of Italian-Russian collaboration in the cinema - Terracciano points out again - also has a very lively present that we take great care of both in its artistic and industrial component. This is testified by the numerous film festivals supported by the Embassy and the Italian Cultural Institutes in Moscow and St. Petersburg (about ten in almost 30 different cities of the Federation); the series of meetings organised in Villa Berg, seat of the Embassy in Moscow, with some of the most important directors and actors of the two countries; the support to the realisation of film co-productions, the last of which is Il peccato (The Sin) of Andrej Konchalovskij".

The publication avails itself of the contribution of prestigious Italian and Russian scholars.  With more than thirty essays, interviews and testimonies, the work is the result of the cooperation of more than twenty Italian and Russian institutions linked to the cinema and a wider cultural panorama; in addition to them are the ANSA and TASS press agencies, which have made their photographic archives available. This volume is one of a kind: to date there are no studies that deal with the various phases of Italian-Russian film history in a single publication. 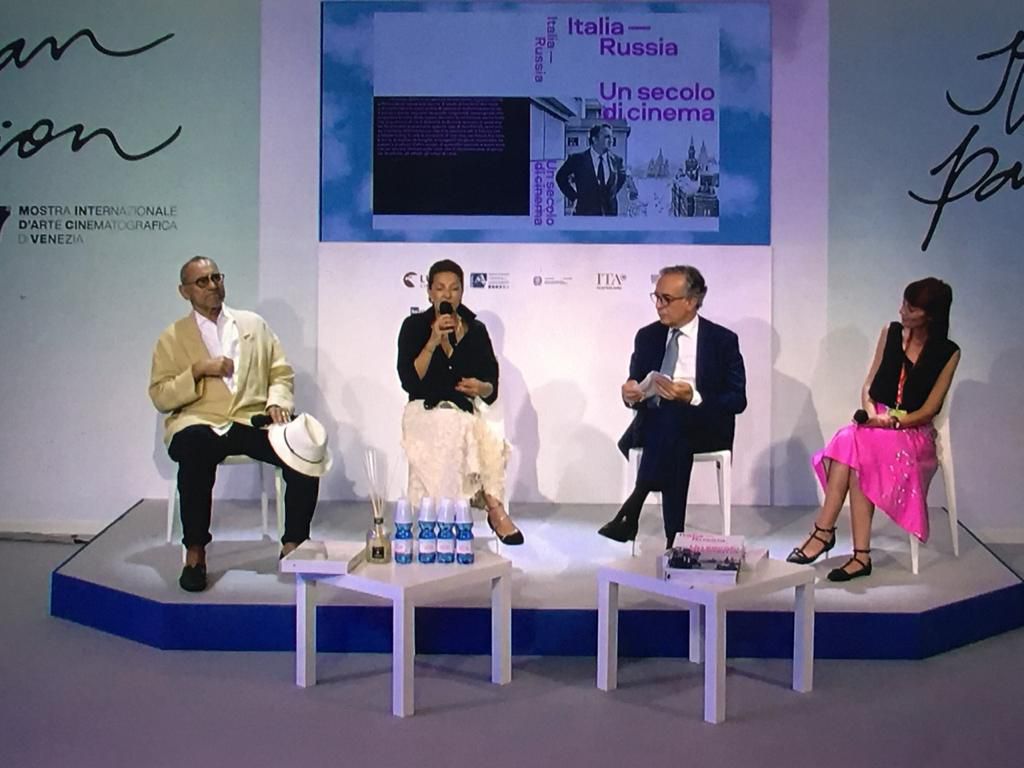 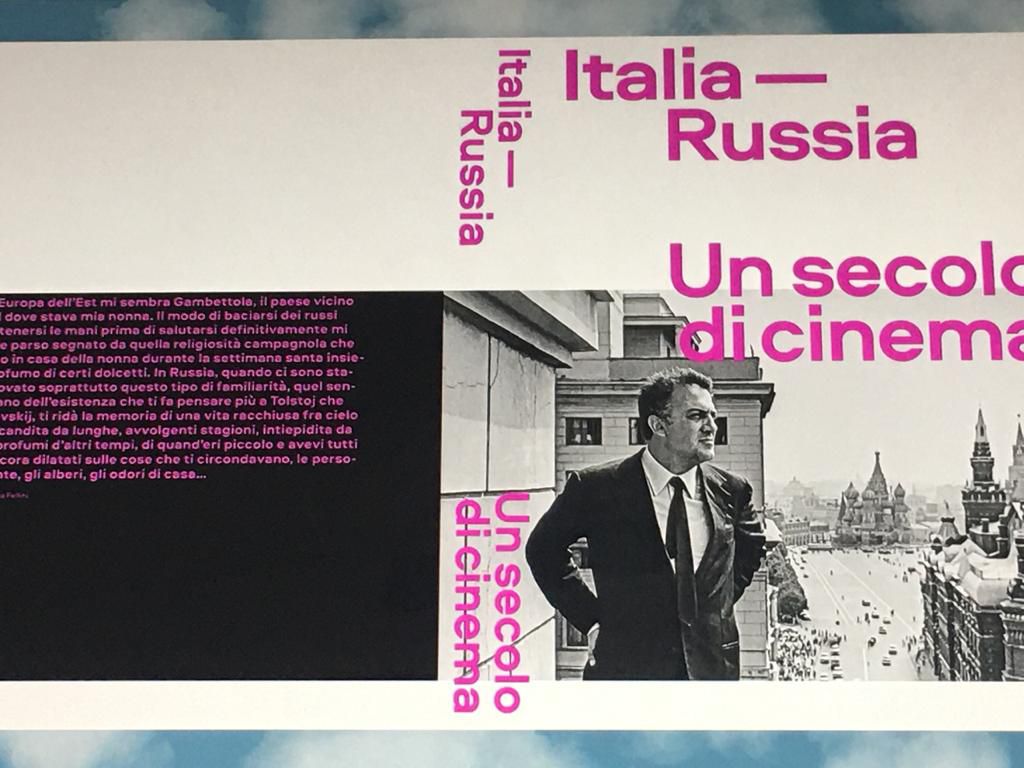 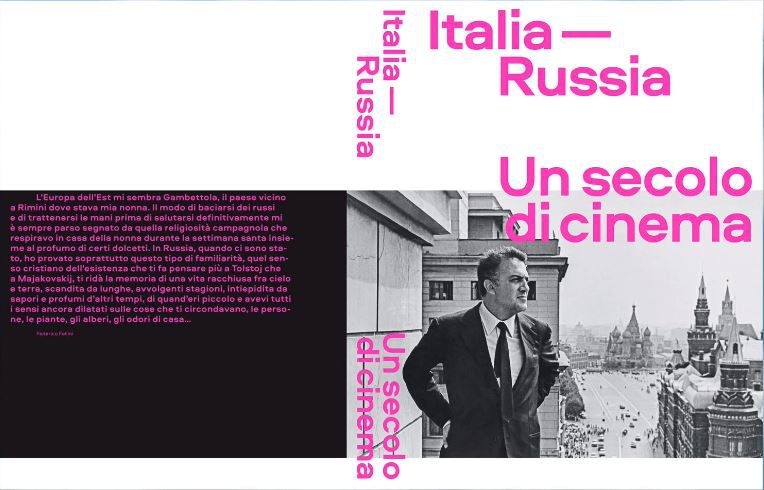 Watch the video of the event