Los Angeles: a summer in the company of Alberto Sordi

The Italian Cultural Institute of Los Angeles is screening "A summer with Alberto Sordi": four films by the great Roman actor whose career spanned seven decades and made him an icon of Italian cinema all over the world, both in comedy and light drama. Each of the films will be running for three consecutive days, beginning on 06 August with 'Un Americano a Roma' directed by Steno: the story of young Nando, who is completely obsessed with anything that comes from the USA. In life he tries to imitate what he thinks is the true American lifestyle: the thing he wants but cannot have. Dreaming of visiting the United States, he climbs to the top of the Colosseum and threatens to kill himself unless the American Embassy grants him a visa. The programme of Sordi films continues on 13 August with Federico Fellini’s historic “I Vitelloni”: a year in the life of a group of small-town layabouts who struggle to find meaning in their lives. On 20 August Giorgio Bianchi's “Il Moralista”, starring Alberto Sordi and Vittorio de Sica will be shown: a harsh satire directed against traditional sexual morality and its exploiters. On 27 August the festival closes with Luigi Zampa's “ll Vigile”. The Italian Cultural Institute is also presenting an online introduction to Sordi's career devised by Alessandro Ago, Programming and Special Projects Director at the USC School of Cinematic Art. 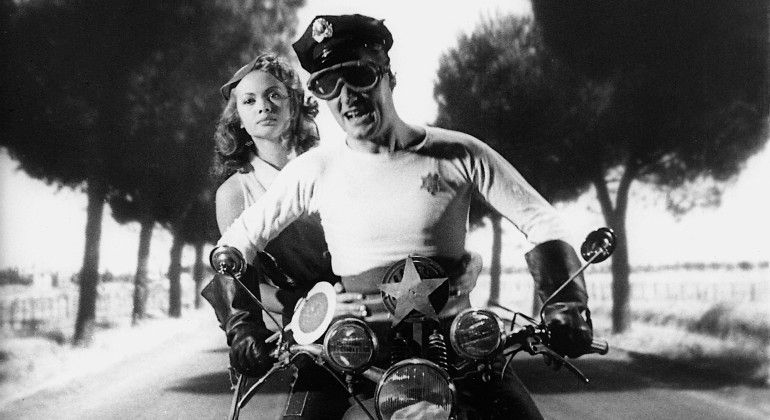