The Embassy of Italy in London is pleased to present the First "Filippo Nicosia" International Chamber Music Award, in tribute to the Italian diplomat Filippo Nicosia, former Consul General of Italy in Chongquing, a man of culture who was passionate about music, who died prematurely in 2020. It is an initiative of Simone Gramaglia, the violinist of the Quartetto di Cremona, in collaboration with Mrs. Jenny Trisoglio, Filippo Nicosia's mother.

Promoted by the 'In Musica Veritas' musical association, the award is for string quartets, trios, and piano quartets. The selection will take place on 29 August as part of the XVIII 'Marco Allegri' international specialisation course. Each group will be invited to perform a work of their choice.

“My thanks to Maestro Simone Gramaglia for the initiative to set up an international scholarship for string quartets and chamber ensembles, in memory of my son Filippo Nicosia" said Mrs. Trisoglio. “Only one word is needed to describe Filippo: he was 'outstanding'. Everything he did was animated by a profoundly humanistic vocation”. Filippo Nicosia studied classical guitar and then flamenco guitar; "even after he took up his diplomatic career, Filippo continued to cultivate a passion for music, both as a way of deepening his pathway to personal growth and because music, with its universal language that overcomes barriers and frontiers, was also part of his way of communicating and empathising with people, wherever he was. I hope that this scholarship which bears my son's name will help to foster the growth of young musician who are as passionate, tenacious, and sensitive as he was".

The award consists of a cash sum of 4,000 euros together with the opportunity, offered by the Fondazione Gioventù Musicale d’Italia, to perform in two concerts in Milan for the 2022/23 season; a prize-giving concert with Simone Gramaglia (Quartetto di Cremona) for autumn 2021; and a selection of ten scores of chamber music for up to 4 instruments offered by Casa Ricordi, chosen from their catalogue, which is available at musicshopeurope.com.

For information and registration, write to maiolichemusicali@gmail.com. 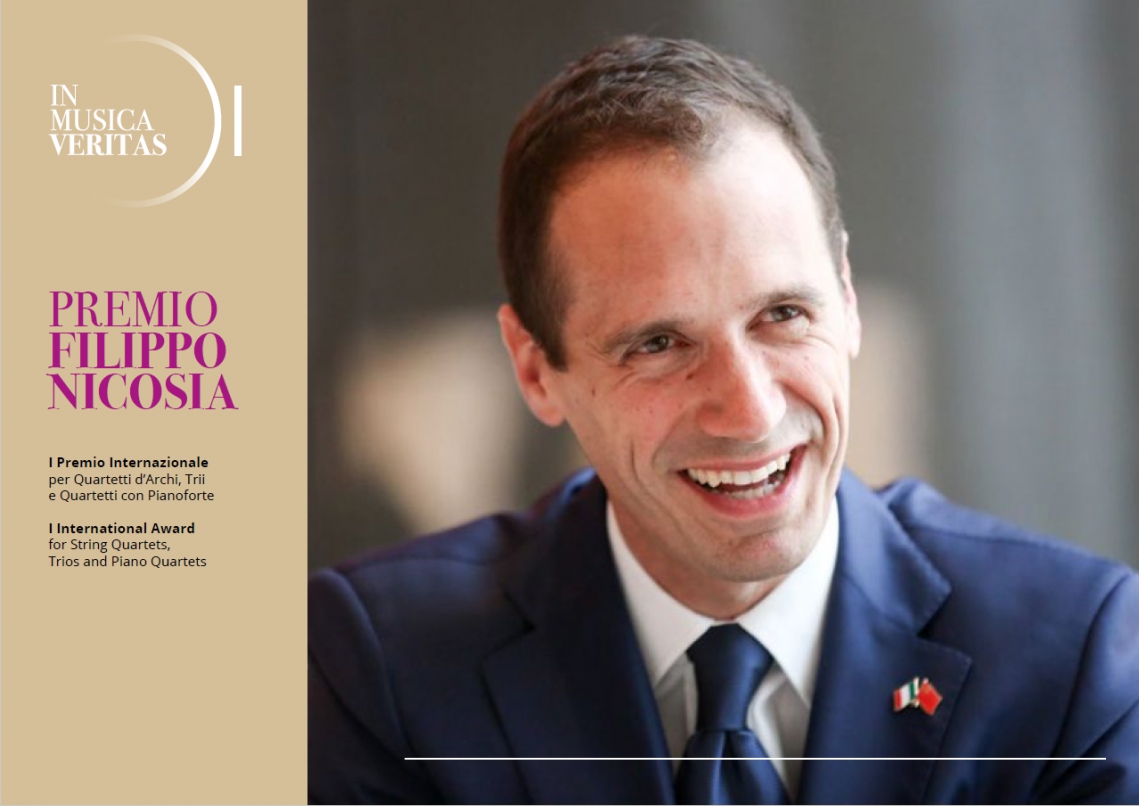