70 years later, the remains of Italian torpedoman Carlo Acefalo (1916-1940) are brought back home to Italy

On 18 April 2018, Italian Chief Torpedoman Carlo Acefalo (1916-1940) started on his journey back home.  Born in Monastero Vasco, Acefalo died on the Sudanese Musa Kebir Islet after the Italian submarine Maccalé was sunk during World War II. He had been buried on the Sudanese island until his remains were found a few months ago, during an expedition to the African Country by Italo-Argentinian film director Ricardo Preve to shoot a documentary film on the Italian soldier titled “Tornando a casa” (“Coming Home”).

The Italian Ambassador in Sudan, Fabrizio Lobasso, explained: “Today is a special day for the friendship between Italy and Sudan. We are proud and moved. The collaboration between the Sudanese Foreign Ministry, the Red Sea State and the Sudanese Embassy in Rome and the Italian diplomatic and consular authorities in Sudan has always been exemplary. We started from very far away but today, with the help of local authorities and the Italian Foreign Ministry, we are proud to be able to say that we did it: torpedoman Acefalo is starting on his symbolic journey back home to his loved ones. 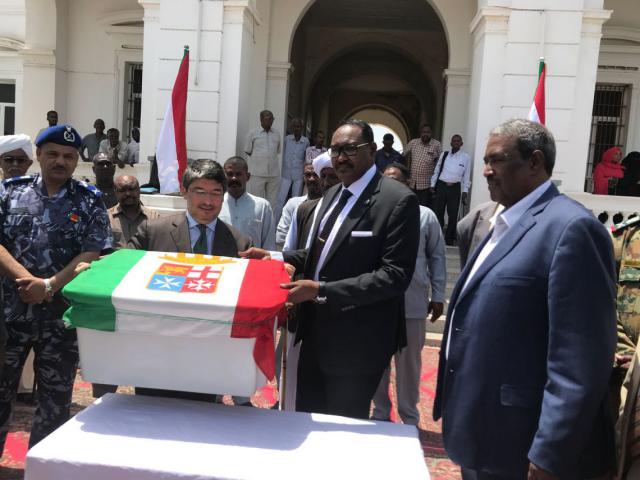