Lisbon hosts the presentation of MANN

On 30 January, the Italian Cultural Institute in Lisbon will host the presentation of the MANN – the National Archaeological Museum of Naples – with a lecture entitled Museums and technology. From urban inclusion to gamification”, organised by Paolo Giulierini, the Director of the MANN Museum of Naples, in partnership with the Direção-Geral do Património Cultural ed il Museu Nacional de Arqueologia of Lisbon.

Archaeologist Paolo Giulierini graduated in Etruscology and Italic Antiquities (1993) and obtained a Master’s degree in Classical Archaeology (1996) from the University of Florence under the supervision of Prof Giovannangelo Camporeale, defending a first dissertation on the agricultural systems of Etruscans, and a second dissertation on Etruscan fishing systems.
Since 2001, he is in charge of Cultural Heritage and Activities of the Municipal Council of Cortona. Since 2005, he is also the Director of the MAEC (Museum of the Etruscan Academy and of the City of Cortona), of the Municipal Library and of the Etruscan Academy of Cortona.
Full member of the Etruscan Academy of Cortona, of which he is curator, and former honorary supervisor for the area of Valdichiana, he is guest lecturer at the Post-Graduate School of Archaeology of the University of Florence, where he teaches communication and promotion of archaeological assets, and at the Fondazione Campus of Lucca, where he teaches Museology; he was also advisor for archaeology to the 5th Culture Commission of the Regional Council of Tuscany.

As the Head of the Cultural Heritage and Activities of the Municipal Council of Cortona, he contributed to setting up the MAEC, the Museum of the Etruscan Academy and of the City of Cortona, and was in charge of European projects in the field of archaeology.
As the director of the museum, he organised three international exhibitions: “Etruscan Masterpieces at the Hermitage” in 2008; “The collections of the Louvre in Cortona. Etruscans, from the Arno to the Tiber” of 2011, and “Etruscan Seduction”, in conjunction with the British Museum. He also organized the Archaeological Park of Cortona.

In the field of archaeology, he has curated many conferences and publications on the everyday life of Etruscans, with a special focus on their medicine and culinary traditions, as well as on the aspects relative to the communication, management and promotion of archaeological museums and parks.

Since 1 October 2015, he is the director of the National Archaeological Museum of Naples. 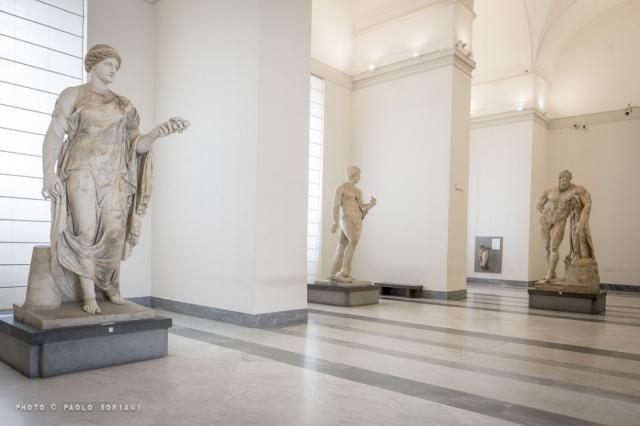