Embassy of Kyiv: III Scientific Meeting between Italy and Ukraine

"From 9 to June 11, 2020, on the Day of Italian Research in the World, the III Scientific Meeting between Italy and Ukraine will take place. The meeting is organised by the Embassy of Italy in Kyiv, the V.N. Karazin National University of Kharkiv and the National Institute of Astrophysics - INAF", announced the Ambassador of Italy in Ukraine, Davide La Cecilia.

"The question "Are we alone in the Universe”? to which this year's event is dedicated, will be addressed in a three-day-long webinar by scientists and scholars from the two countries. They will provide a variety of perspectives (from science to law, history, biology, astronomy and much more)", continued Ambassador La Cecilia, stressing how the COVID-19 emergency led to the realisation of the conference in virtual mode. The aim is "to keep the exchange alive in a sector, that of scientific research in space, in which both Italy and Ukraine have peaks of absolute excellence with significant economic spin-offs".

The conference will be broadcast on the YouTube channel of Karazin University from June 9, with the possibility to select a language of your choice between Italian, Ukrainian and English.

Ambassador La Cecilia, thanking the Rector of Karazin University, Vil Bakirov, the President of INAF, Nichi D'Amico, and Professor Massimo Capaccioli, Professor Emeritus at the University of Naples Federico II, "for their valuable collaboration in the event organisation", recalled that, in recent months, the Embassy has carried out "numerous online initiatives to promote an in-depth dialogue - from politics, to economy and culture - between Italy and Ukraine". 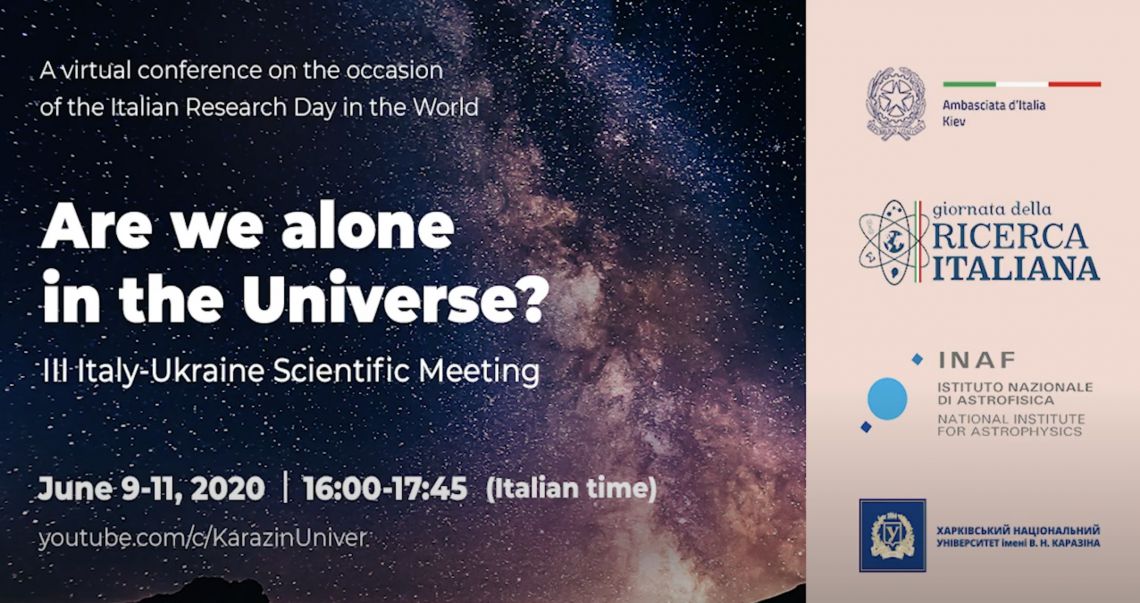