Arcipelago Italia, is the name of the booth with which this year, from 26 to 29 September, the Italian Cultural Institute of Stockholm will participate in the Gothenburg Book Fair, the most important Scandinavian event dedicated to publishing. In collaboration with the Italian Embassy, ​​ICE and ENIT, Arcipelago Italia intends to present a series of events focusing on the theme of this edition, gender equality, and the many facets of Italian literature and culture. They events include a workshop on Italian Family Ties, a discussion on the role of translators, and a deepening of the theme of Italy as a borderland.

At the first appointment, four Italian writers - Donatella di Pietrantonio, Viola Ardone, Silvia Avallone and Emma Piazza - will discuss the issues of family, equality and gender with the Swedish television journalist, Kristina Kappelin. Then there will be the workshop “Our wonderful friends - The Translators” where the Nordic translators of Elena Ferrante - Brynja Cortes Andrésdóttir (Iceland), Nina Gross (Denmark), Helinä Kangas (Finland), Johanna Hedenberg (Sweden) and Kristin Sørsdal (Norway) will speak about the challenges they had to overcome as they worked on the quadrilogy 'The brilliant friend'.
A focus on Naples will then follow as the stage for many stories told by other contemporary writers, such as Anna Maria Ortese, and Alessio Forgione, and a discussion between Maurizio di Giovanni and Hakan Ostlundh on the role that the city plays in their mystery novels.
In 'Italy - a borderland' Beppe Severgnini, deputy editor of Il Corriere della Sera and editor of The New York Times, discusses with Peter Loewe, Italy's correspondent for the Swedish newspaper Dagens Nyheter, about Italy's position on the concept of border, and whether it is seen as a factor of change or of vulnerability.
The complete program of the four days of Arcipelago Italia can be found at: https://iicstoccolma.esteri.it/iic_stoccolma/it/ 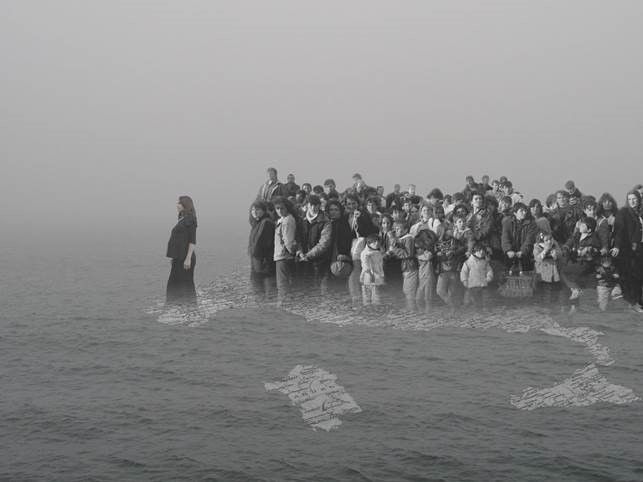