The opening of the exhibition “Italy, Invisible Tales” in Banja Luka on 12 September will kick off the 7th Season of Italian Culture in Bosnia Herzegovina. The exhibition, organised by the Italian Embassy in Sarajevo and by the Museum of Contemporary Art of the Republic of Srpska, focuses on popular tradition as a component of Italy’s intangible heritage. This means that Italy’s heritage does not only consist of monuments but extends to include traditions or expressions passed down from our ancestors, objects, rituals, crafts, practices and ceremonial events. In this perspective, the exhibition will display the works of 15 Italian contemporary artists along an audio-visual itinerary. The exhibition can be visited in Banja Luka until 18 October and, after that, in Mostar.

The Museum of Contemporary Art of the Republic of Srpska is hosting the exhibition also as part of the celebrations for the European Heritage Days. The project is promoted by the Glocal Project Consulting in partnership with the Museo delle Civiltà (Museum of the Roman Civilization) of Rome, under the patronage of UNESCO. 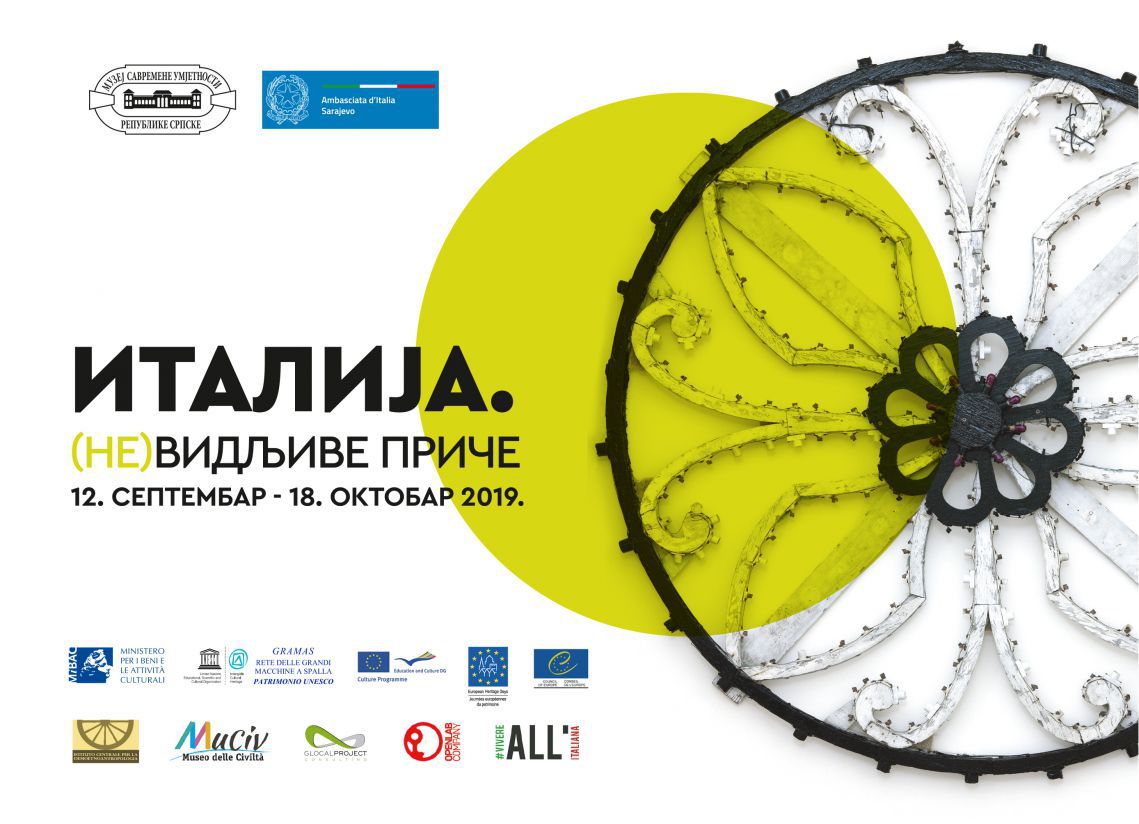