​The Elias Nardi Quartet performed at the Kapucìnsky Kostol in Bratislava. Organised by the Italian Cultural Institute in the Slovak capital, the concert featured the rich Mediterranean music world where elements of ethnic, jazz and classical music combine. The Elias Nardi Quartet is the meeting of four talents and their instruments:
The oud (an Arab lute, the king of Middle Eastern instruments) and the keyed viola of love (also called Nyckelharpa, ancient string instrument of European origin, which has disappeared over the centuries and has survived only in Sweden). The Quartet's musical compositions embrace the most varied of genres, from ethnic  music of the Mediterranean area to the Scandinavian North, from the "minimal" atmospheres (David Sylvian), to ancient music. This has been made possible by the harmonious, melodic and rhythmic support of the bass and the original sounds the percussions. Elias Nardi, whose name the quartet bears, has studied the Oud with a passion travelling around the Middle East. At the same time, he continued studying classical double bass and jazz. Carlo La Manna is a musician, composer, writer and playwright . Emanuele La Pera studied Arabic-Ottoman percussion and continues his studies of the great Middle Eastern and Arab musical heritage, performing the classical Arabic-Ottoman repertoire. Didier François is a violinist and nyckelharpist. His repertoire is imbued with eclectic influences and combines improvisation with traditional melodies, classical music and jazz. 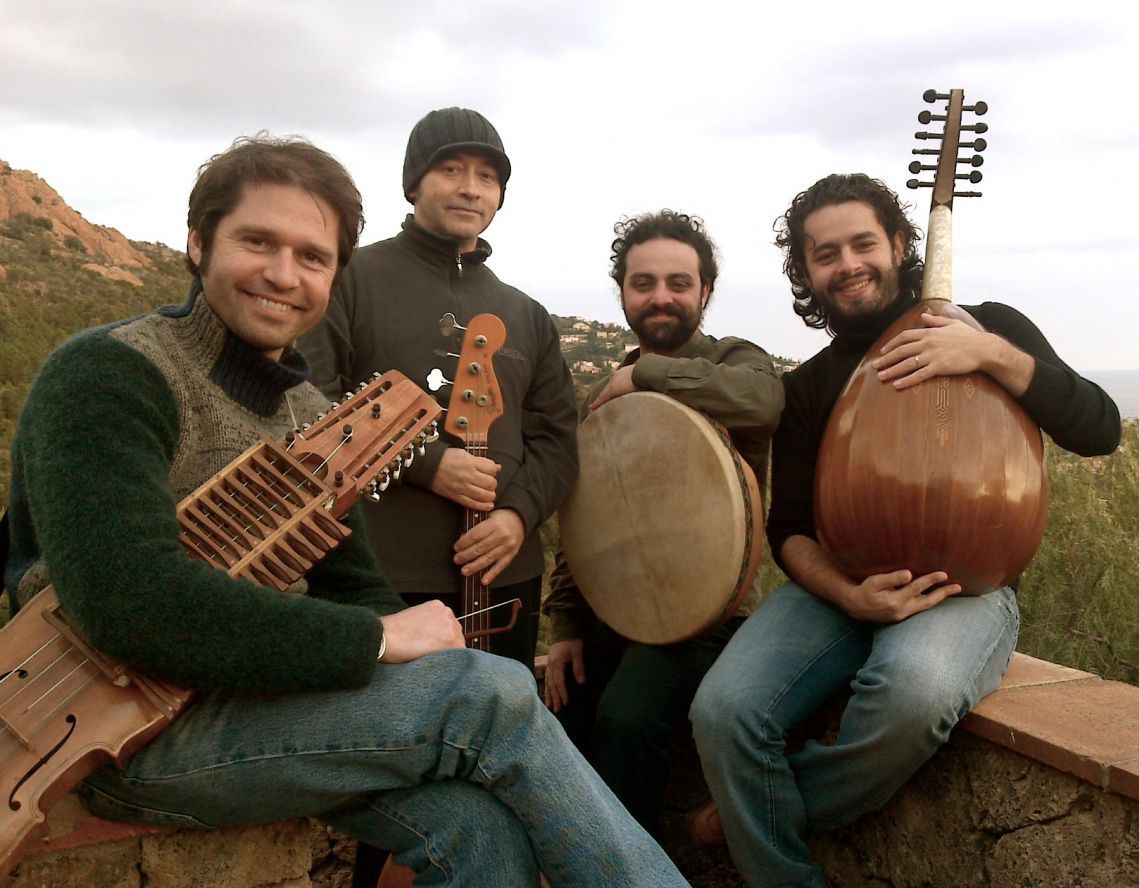