The magic of cinema classics is revived thanks to the restoration of old films. The fifth edition of 'Cinéma au Musée', the film and cultural festival that will be running from 29 August to 1 September on the esplanade of the Sousse Archaeology Museum, is dedicated precisely to these ‘old glories’. Organised by the Association Ciné-Sud Patrimoine, with the support of the Italian Cultural Institute in Tunis, the Tunisian Ministry of Culture and TV5 MONDE, proposes many restored films in the section entitled "Image retrouvées de la Tunisie" and in an exhibition «Il était une fois l'image argentique», on show at the Elbirou Art Gallery.

The main feature of the festival’s second day of screenings will be “C’era una volta il West” (“Once Upon a Time in the West”) by Sergio Leone, the restored version of which will be presented by Claudia Cardinale, who played the leading role in the film and is an actress deeply tied to Tunisia, where she was born and raised.

The guest of honour of the opening night will be musician Marcel Khalife, who will be accompanied by Souraya Baghdadi, in paying homage to the great Lebanese film director Maroun Baghdadi with the screening of two of his short films “Ajmal oumahat” (The Most Beautiful of All Mothers), “Koulouna lil wattman” (All for the Fatherlanda), with the soundtracks composed by Marcel Khalife at the beginning of his career.

The Moroccan director Souheil Ben Barka will be present on 31 August to launch the world premiere of the restored version of his "Amok!", a Moroccan-Senegalese-Guinean coproduction from the 1980s with Miriam Makeba.

The Festival will close on 1 September with a tribute to the Palestinian director Michel Khleifi, with the screening of his restored film "Le conte des trois diamants", and to the pioneer of Nigerian cinema, Moustapha Alassane, with a screening of his film "Le retour d'un aventurier",​ an African-style Western. 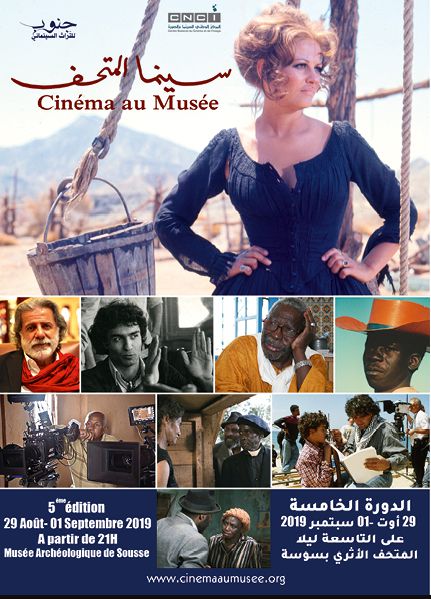