The Holocaust Remembrance Day and the 100th anniversary of the birth of Primo Levi were celebrated with two events at the White Elephant 303 City Theatre in Chongqing and at the Yunduan Theatre Tianfu Concert Hall in Chengdu, organised by the Italian Consulate General in Chongching, in cooperation with the Consulate General of Israel in Chengdu. Almost 650 Chinese spectators, including local authorities, university students and representatives of the world of culture and of the media, attended the event "Music in Times of Tragedy”.

Both events opened with the screening of several important interviews drawn from the docufilm "Eravamo italiani" by Ruggero Gabbai, which was produced under the Italian presidency of the International Holocaust Remembrance Alliance. The interviews, subtitled in Chinese and in English by commission of the Consulate, highlighted the importance of remembrance, the theme of moral more than physical annihilation, and the disruption of family ties. The screening was followed by a reading of a few excerpts from “If this is a Man” ("Se questo è un uomo"). The excerpts were read in Italian and in Chinese in order to enhance the evocative force of Levi’s words and also make them understandable for the local audience.

In the second part of the event, Israeli musician Amit Weiner played pieces composed by musicians of Jewish descent, all of whom died at the hand of the Nazi regime. A composer and pianist of international renown, Amit Weiner was accompanied by Chinese violinist Duan Jiahua and their performance was enriched by the moving account of the personal stories of the composers. 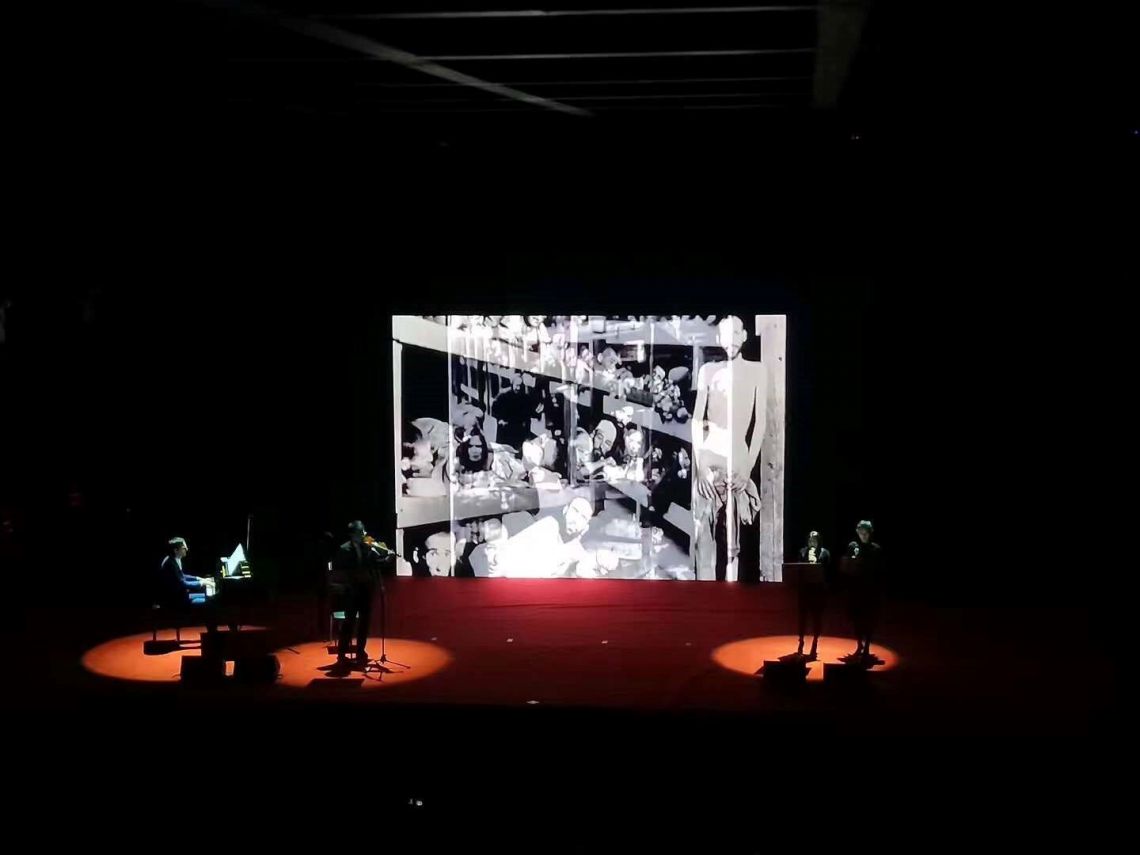