Como and Moscow. Comparing the architecture of the late 1920s

Up until 4 November, the Schusev State Museum of Architecture in Moscow will be hosting an exhibition which compares two iconic buildings of the 20th century, the Novocum by Giuseppe Terragni in Como and the Club Zuev by Ilya Golosov in Moscow. Mounted in collaboration with the Italian Cultural Institute, the exhibition is dedicated to these two works which embody the same solution - an angular cylinder - even though they were produced in two different countries and for radically different functions, but during the same years (between 1927 and 1930).

After the international conference organized by the Virtual Museum of Abstractionism and Rationalist Architecture of Como and a public display organized in June in the same city, this exhibition, with unpublished drawings, vintage and contemporary pictures by Roberto Conte, brings  the works of Giuseppe Terragni to Russia for the first time.
The exhibition also includes the screening of the documentary which was conceived by Anna Vyazemtseva, one of the curators of the exhibition together with Alessandro De Magistris, and shot by Anton Ovcharov in Como, Milan, Moscow and St. Petersburg inside the two buildings. The documentary also includes several interviews with authoritative scholars. 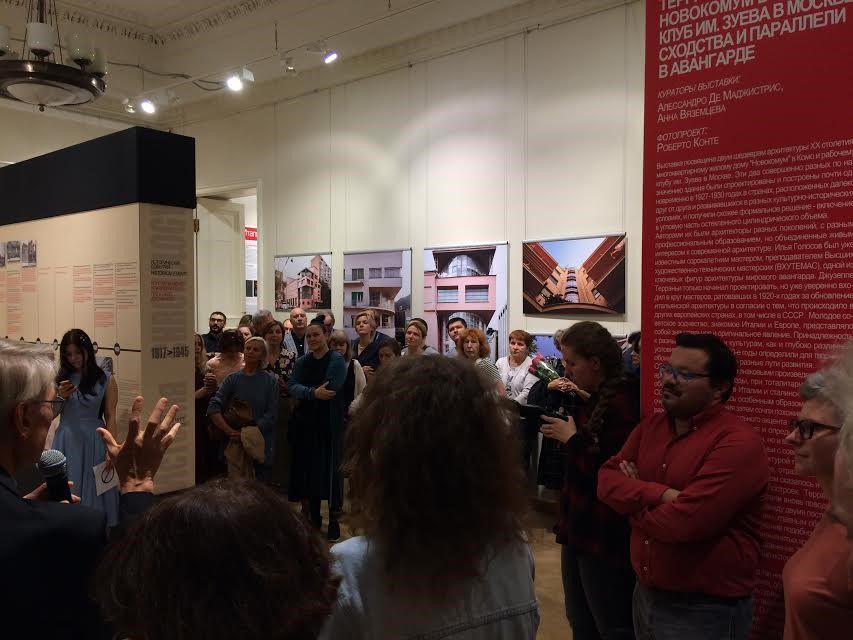