The ‘Festa do Cinema italiano’ hosted in 12 Brazilian cities

This year, the ‘8 e 1/2 Festa do Cinema italiano’, the now traditional Italian film festival held in Brazil in the first week of August and named after the famous film directed by Federico Fellini, featured more than 300 screenings in 12 Brazilian cities, including the best of this year’s Italian film production. The film festival was organised by the Associazione Il Sorpasso in partnership with Mottironi Editore, and with the support of the Italian Embassy in Brasilia, the Italian Cultural Institutes in Sao Paulo and Rio de Janeiro and Cinecittà Luce. The organisation also involved the Italian Consulates in the cities hosting the festival which, in this year’s edition – running from the 2nd to the 8th of August – screened more than 300 films in 12 different cities for an audience of 20,000 spectators. With films ranging from ‘Fortunata’ (“Lucky”) by Sergio Castellitto (featuring Jasmine Trinca, leading actress and winner of the Un Certain Regard Best Actress Prize at the Cannes Film Festival) to “Nico 1988” by Susanna Nicchiarelli (winner of the Mostra Orizzonti at the Venice Film Festival) and “Dogman” by Matteo Garrone (which received great public acclaim at the latest edition of the Cannes Film Festival and featured Marcello Fonte, Golden Palm winner for Best Leading Actor), the Festival offered the première screening of international blockbuster films. The billboard also included “Una questione privata” (“A Private Affair”), the last release by Vittorio Taviani drawn from the namesake book by Beppe Fenoglio; “Tenerezza” (“Holding Hands”) by Gianni Amelio and “Emma” by Silvio Soldini, featuring Valeria Golino in the role of a blind woman, followed by “La ragazza nella nebbia” by Donato Carrisi (with a great performance by Toni Servillo) and Gabriele Muccino’s latest release, “A casa tutti bene’’.

The Festival was sponsored by the Italian Embassy in Brasilia, which hosted the opening ceremony. 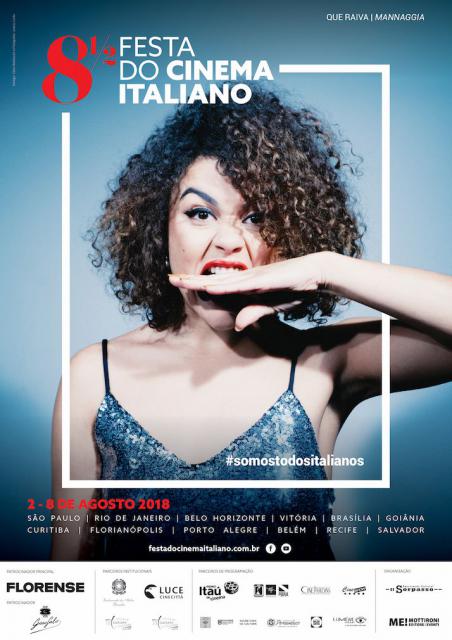