On 18 March, during an intense morning which saw the participation of the local authorities and communities of Wasatyyeh and Yarmouk, in northern Jordan, 5 km from the Syrian border, the Italian Ambassador to Jordan, Giovanni Brauzzi, inaugurated three photovoltaic plants in as many schools and a medical centre, which were realised under Italy’s cooperation programme to support Jordan municipalities affected by the flow of Syrian refugees. Out of the eleven schools benefiting from Italy’s support, the three schools chosen for the ribbon-cutting ceremony were the “Kufur Asad primary school for boys and girls”, the “Kufur Asad primary school for girls” and the “Gum primary school for boys” of Wasatyyeh and Yarmouk, in the Irbid Governorate.

The plants, with an investment of approximately 166,000 euros, are destined to produce 194 KW of electricity from renewable energy sources to cover the energy needs of the schools in which they were installed, thus reducing their electricity bills by 90%. The sizable savings will go to the benefit of the two Municipalities, where one quarter of the residing population is made up of refugees who escaped from the conflict in Syria. It should be pointed out that the children attending the schools concerned are both Syrian and Jordanian, thus setting a positive example of integration and coexistence in an area of the Country that is characterised by widespread social vulnerability and a high level of poverty.

In the same morning, the “Haremah” Medical Centre was opened in the Municipality of Yarmouk, after it was enlarged with an additional floor and fitted with medical equipment and a laboratory, with an overall investment of approximately 184,000 euros.

The Municipality Programme aims to improve the living conditions of the populations living in the areas bordering with Syria most affected by refugee flows by financing 22 projects comprehensively worth 1,750,000 euros in six different municipalities in the Irbid and Mafraq Governorates in northern Jordan. 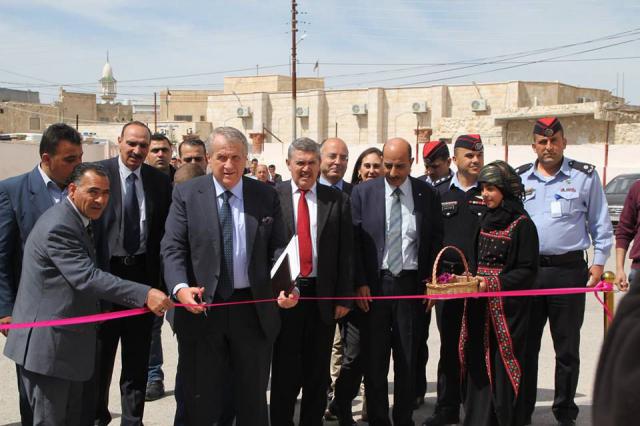