The Al Lajjoun Dam, in the governorate of Kerak, south Jordan, was inaugurated at the presence of Jordan’s Minister of Water and Irrigation Ali Al- Ghezawi and of the Italian Ambassador to Jordan, Giovanni Brauzzi. The dam aims to exploit the available water resources for agricultural and breeding activities in the area of Kerak. The storage capacity of the 27.7-metre-high dam is of 1 million cubic metres.

The project falls within the context of Italy’s commitment to support Jordan’s efforts to improve the Country’s water supply and sanitary system and was financed through the 16-million-euro Debt Swap Agreement signed by the two Governments on 22 May 2011. The agreement aimed to favour the transfer of know-how and technology in key sectors such as water management and public health.

The completion of these projects has paved the way for the second phase of the Programme, which aims to implement the commitment made by Italy at the London Donors Conference on 4 February 2016 that also provided for a 50-million-euro pledge for further Debt-for-Development Swaps to be negotiated at bilateral level between Italy, on the one hand, and Jordan and Lebanon on the other. 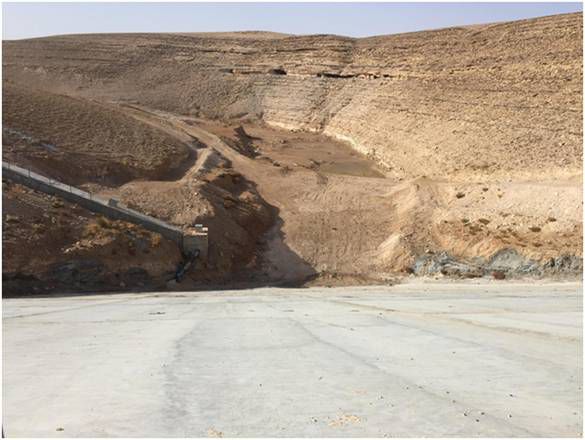