Holocaust Memorial Day. Commemoration by the Representative of Italy to NATO

The Representative of Italy to the North Atlantic Council, in partnership with the #WeRemember campaign promoted by the World Jewish Congress, commemorated the victims of the Shoah in Brussels. Deputy Secretary General Rose Gottemoeller and a large representation of Ambassadors of the Alliance, including Israeli Ambassador Aharon Leshno Yaar, met at NATO headquarters for the occasion. Italian Ambassador Claudio Bisogniero reiterated in his speech how important it is to remember and be informed about the historic events of the Holocaust because, as Primo Levi wrote, "what happened once, may happen again". Bisogniero also recalled that the invitation for people to be committed and watchful arises from the law passed by Italy. The nation was among the first European countries to establish a day to commemorate the anniversary of the liberation of the Auschwitz concentration camp on January 27, 1945. A particularly touching moment during the ceremony was the testimony of WJC's Deputy CEO for Diplomacy, Maram Stern, whose parents survived the Holocaust. At the end of the initiative, a photograph was taken of the participants next to the #WeRemember banner. The pictures of the event, together with many photographs sent from all over the world within the framework of the WJC campaign, were broadcast on the screens of the "Public Square" of NATO Headquarters and on a maxi-screen at Auschwitz. 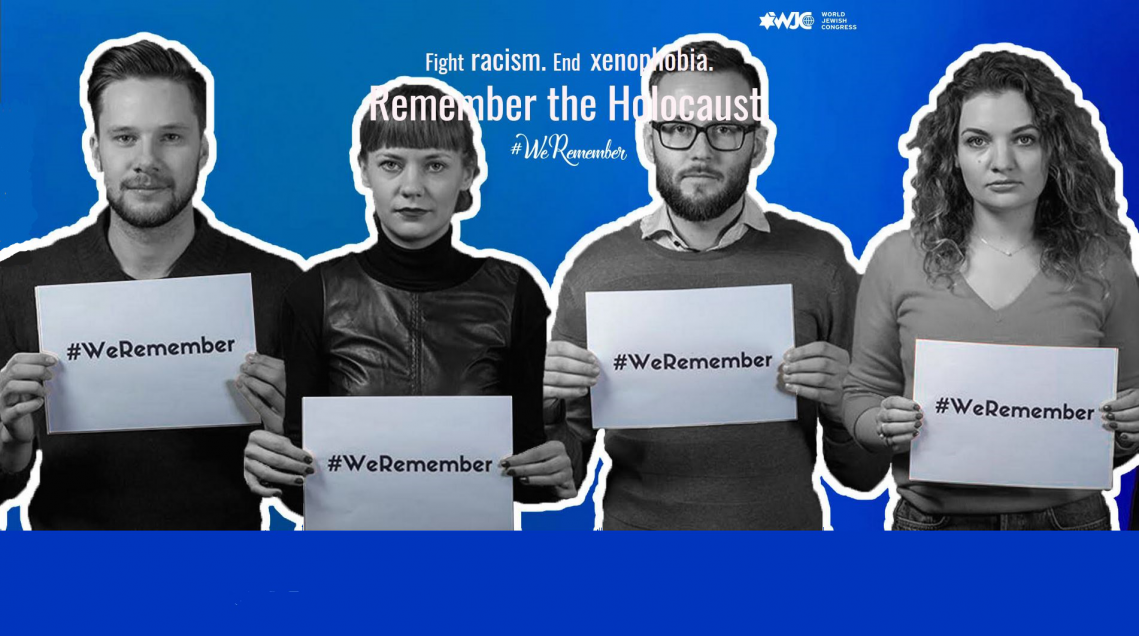