There were many discoveries made during the eighth campaign of excavations at Kınık Höyük, Niğde. The excavation at the archaeological site of Kınık Höyük is a joint research project of the University of Pavia (Department of Humanities) and the Institute for the Study of the Ancient World of New York University, led by Professor Lorenzo d’Alfonso and supported by the General Directorate of the Antiquities and Museums of the Ministry of Culture and Tourism of the Republic of Turkey. In addition to the financial support provided by the two Universities mentioned above, the project can count with a grant from the Italian Ministry of Foreign Affairs, the fund for excavation projects at The Metropolitan Museum of New York, and a sponsorship by Türk Traktör.

The excavation campaigns carried out in the 2014 - 2016 period in Operation A, sector A1, on the north-western slope of the mound uncovered four rooms of a sanctuary. There were two main levels of occupations, one  Late Achaemenid, and one Late Hellenistic (around 400 - 50 BC), where zoomorphic vessels representing birds (often identified as birds of prey) were found. In the Late Hellenistic levels of the sanctuary, besides a  number of coin hoards and other precious metal objects, fragments of three female figurines were found: two of them were identified as a Kybele and an Aphrodite (the latter an import from Tarsus). The third female figurine was too fragmentary to be identified. Excavations in 2018 continued in the sanctuary with a view to defining the limits of the site to the West and to the South. Moreover the sanctuary area was equipped with a semi-permanent cover to facilitate the stabilisation and restoration of the whole building.

The most interesting aspect of this excavation campaign was the discovery of cultic finds and a new public monumental architecture east of the sanctuary. Excavation in a new trench uncovered the citadel walls from the Late Hellenistic and Archaemenid period, and possibly the northern gate of the acropolis of the temple-city. Inside the citadel walls, a stone-paved square was found dating back to the Late Hellenistic period, and excavated  for a surface area of more than 110 m2.  In the eatern section, the paving of the square was not preserved, and stone and buidling debris covered the floor.  The debris contained hundreds of ceramic fragments, which can be traced back to at least thirteen statues of bulls.   Preliminary observations on the dimension of the bull heads would make it reasonable to think that the statues were of two main sizes and namely: statues of approx.  50 cm (head of about 15 cm) and statues of over 1 m (head of about 35 cm). Some fragments of these statues showed figurative appliques of Greek gods Athena and Dionysus, and a molded panel of Silenus on the back of a donkey in a frame of grapes. The set of finds from this area also included votive inscriptions on the bulls and marble architectural decorations. According to the data available, the finds pertain to a second sanctuary located to the east of the piazza, and possibly dedicated to Dionysus. The hypothesis of a Hellenistic cult of Dionysus in this region is particularly interesting, since it could be considered as a Greek reinterpretation of the  Neo-Hittite local cult of the storm god Tarhunzas of the vineyards, also known to non-experts thanks to its representation on the famous Ivriz relief. To confirm these hypotheses, excavations will resume in 2019, incorporating the area to the east of the square.

The last week of excavations revealed the most extraordinary find of the entire season: a marble statue of an eagle clutching the head of a young goat in its left claw. This headless statute is higher than 1.5 m, and was found in a hole near the Hellenistic town wall. The head of the eagle had been previously found in the same zone at a higher elevation in the 2017 campaign of excavations. The eagle is a very well-known symbol of power, common in Anatolia during the Hellenistic and Ancient Roman periods. The statute is currently being restored at the archaeological museum in Niğde, and should be available for viewing by the public soon.

Significant data was also gathered from the excavations in other areas of the site. The results of a deep sonar campaign investigating the stratigraphy of the lower town of Kınık Höyük were particularly significant, for it was possible to reach  - for the first time outside the acropolis area - levels dating back to the Early and Middle Iron Age. This stratigraphic data proves the existence of a lower town in the first centuries of the I millennium BC, therefore indicating that the Kınık Höyük site was already a great urban centre at that time. Suffice to say that to date, no other sites of the same age (beginning of the I millennium BC) are known in Central Anatolia with documentation proving the presence of an acropolis or lower town. Further surprises were in store when excavating  the levels of occupation before the Iron Age. The context below the levels dating back to the beginning of the I millennium BC included a complete  wheel-made, red-slipped, carinated, collared juglet vase unequivocally dated to the Middle Bronze Age, historically known also as the Assyrian Colony Period in Anatolia. Fragments of metallic ware jugs found in secondary contexts indicate that the lower town of Kınık Höyük was also occupied during the Early Bronze Age II-III (mid III millennium BC). Given the strategic position of the site along commercial routes connecting Cilicia and the Levant to Central and Western Anatolia, and close to the rich mining area of Bolkar Dağ (Taurus), the discovery that Kınık Höyük was an important centre that already had a lower town during the III and beginning of the II millennium BC, puts the importance of the site and the strategies to adopt to excavate it in the future into a whole new light.​ 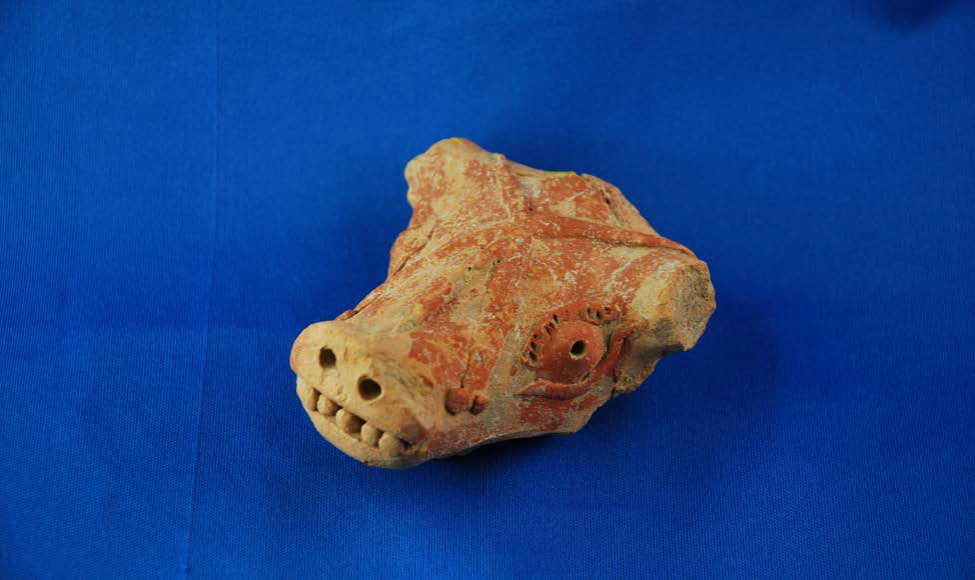