​"We must be united and organised": this is the call made by the Undersecretary of State for Foreign Affairs, Ricardo Merlo, at the opening of the 41st Plenary Assembly of the General Council of Italians Abroad (CGIE) held at the Ministry of Foreign Affairs and International Cooperation from 2 to 6 July. When addressing the Plenary, which represents the main event of the General Council of Italians Abroad, the Undersecretary said that improving consular services by simplifying administrative practices,  focusing on IT and increasing human resources, as well as carrying out the reform of the voting system abroad, are the two areas on which to focus the government's efforts. Regarding consular services, Merlo said he intends to "analyse the situation from up close, speak with the officers, the consul and members of the Comites (Committee for Italians Abroad)". According to the Undersecretary, among other things, we must work "on simplifying administrative practices and on IT, because in some countries a consular practice action on the ground is impossible". It is the government's intention to "reopen some closed consular offices in countries with more than one hundred thousand Italians". The Undersecretary also announced that in one year's time there will be 200 additional permanent units to be assigned in Consulates facing a more critical situation.

The second topic is the reform of the voting modalities abroad. "Everyone is aware that we cannot continue to vote this way. We must consider the possibility to incorporate IT in our voting systems", said Merlo. he went on to say that "it would be advisable for the CGIE to submit to the government a proposal or a draft law during the next plenary in November, on which the Government and Parliament will work".

The Director General for Italian Citizens Abroad and Migration Policies, Luigi Maria Vignali, then delivered the government's report, which highlights the role the body of knowledge and experiences of our community abroad plays in supporting Made in Italy products - on which the Undersecretary reaffirmed the leading role of the Chambers of Commerce - as well as the promotion of the Italian language and culture in the world. Furthermore, the urgent need to strengthen the diplomatic and consular network was highlighted,with a view to ensuring adequate services to an ever increasing number of citizens that decide to move abroad, as well as the need to start reflecting on the reform of the voting modalities abroad and of the representative bodies. 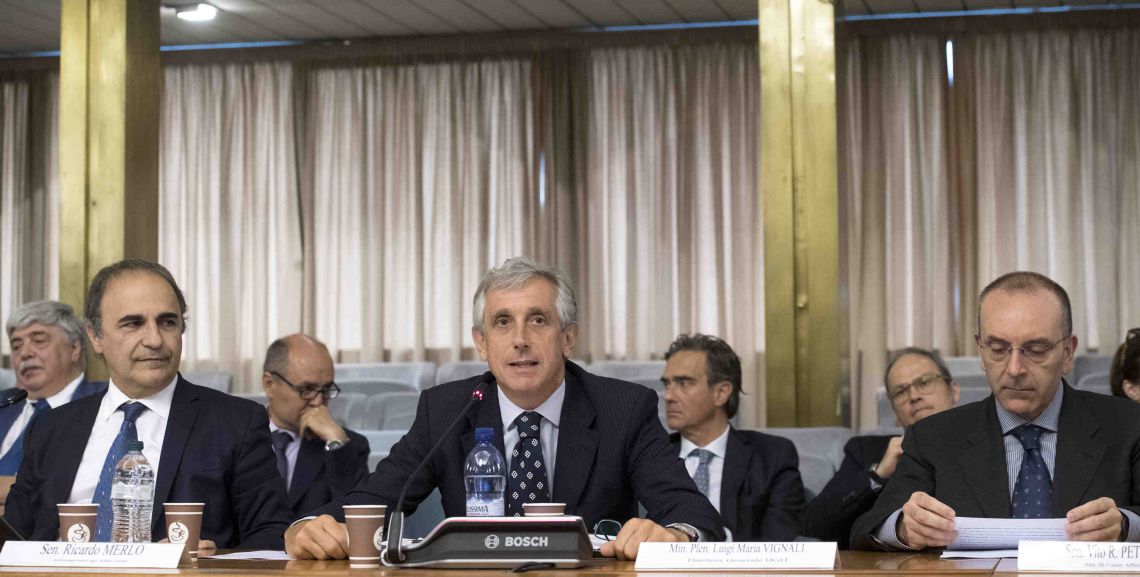