The Year of Leonardo in Chile, a contest to fly to Florence

The Year of Leonardo, commemorating the 500th anniversary of the death of the Italian Renaissance genius in 2019, is the fulcrum of a number of initiatives launched by the Italian Embassy in Santiago. After a big event organised at the Embassy on 26 January to present all the activities that will be offered by Brand Italy in Chile, the event currently being presented is entitled ‘Viaja a Italia. Descubre Leonardo’ (‘Travel to Italy. Discover Leonardo’).

It is a contest whose prize is 5 pairs of tickets from Santiago to Florence that will be raffled off among those who will have answered correctly to a number of questions on Leonardo before 13 March. Two tickets are funded by Alitalia and the other eight by the Foreign Ministry’s integrated promotion fund. The contest chose Florence as the destination insofar as it is where Leonardo was trained. The event was also presented on Chilean TV network Mega by Ambassador Mauro Battocchi. The event offered the opportunity to take stock of the general programme of the Year of Leonardo which, among all the other initiatives, also includes the ‘Da Vinci Experience’, in addition to learning experiences in schools and universities. 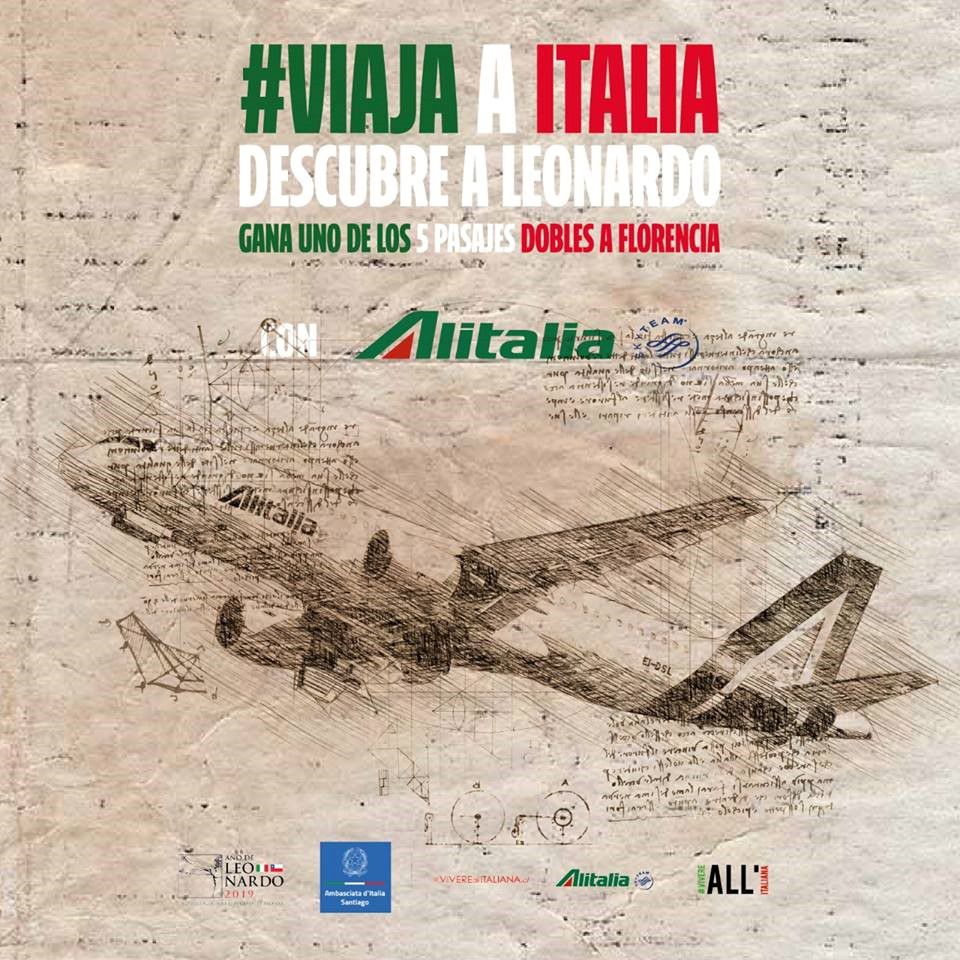 L’Anno di Leonardo in Cile, concorso per volare a Firenze

Viaja a Italia descubre a Leonardo