Lisbon: celebrations for the 100th anniversary of the birth of Primo Levi

The celebrations for the first 100th anniversary of the birth of Primo Levi, who was born in Turin on 31 July 1919, will kick off with several initiatives promoted by the Italian Cultural Institute in Lisbon in partnership with the Festival di Teatro di Almada. Lisbon wants to commemorate one of the greatest Italian writers of the 20th century whose teachings, now more than ever, represent an essential point of reference for our society. Therefore, the programme of the 36th Edition of the Festival of Almada will include a cycle dedicated to the Turin-born writer who experienced the Holocaust. The cycle will open with the theatre performance of 'Se questo è un uomo' (‘If This is a Man’), staged at the Joaquim Benite Municipal Theatre. The terrible experiences that Levi lived through in Nazi concentration camps will be narrated by the actors of the Almada Theatre Company. Then, at the initiative of the Italian Cultural Institute, Fabio Levi, full professor of Contemporary History at the Department of Historical Studies of the University of Turin and director of the Primo Levi International Studies Centre, will screen the documentary "Primo ufficio dell'uomo: I mestieri di Primo Levi" (“Man’s First Job: The professions of Primo Levi”), which was produced with the aim of reflecting – through the experiences and works of Primo Levi – on a crucial issue for our present: the role of work in the life of individuals and within society. The documentary shows a sequence of excerpts from television and radio interviews, archive photographs, brief texts, fragments of radio dramas and single acts drawn from famous works, to retrace the main milestones in Levi’s education and in his activity as a writer and chemist.

Lastly, Italian and Portuguese scholars will debate the theme “The Words and the World in Primo Levi’s Legacy”. The discussants will include the philologist and literary critic Giovanni Tesio, who is the author of Levi’s last interview in the year of his death. The Portuguese discussants will include professors António Martins and Ricardo Presumido, who are experts in the history of the Holocaust, theatre director Rogério de Carvalho and Esther Mucznik, Vice President of the Jewish Community in Lisbon and expert of Jewish History and Culture. The celebrations for the 100th anniversary of Primo Levi’s birth will close at the end of 2019 with an exhibition organised by the Italian Cultural Institute in association with the Municipality of Lisbon on “The Worlds of Primo Levi. Strenuous Clarity”, set up by the Primo Levi International Studies Centre of Turin. The exhibition will retrace the many experiences and interests that characterised the life and work of the Italian writer: spanning from his scientific education to his deportation, from his profession as chemist to his profession as writer. 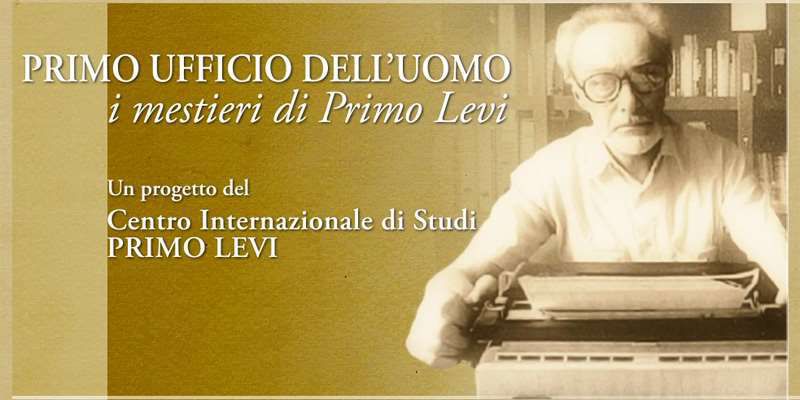