Artist Michelangelo Pistoletto made it a point to personally open his ‘poor art’ exhibition in Santiago as part of the Contemporary Art Day organised by the Italian Embassy and Cultural Institute in Santiago. The works by Maestro Pistoletto, now hosted at the Contemporary Art Museum (MAC) of Santiago, focus on turning the individual into an active player in society. The exhibition, titled 'Cada punto es el centro del universo, cada persona es el centro de la sociedad' ('Every point is the centre of the universe, every person is the centre of society'), aims to express the concept of participatory art, in which the viewer becomes the author, and also the artist’s social mission, which consists in transforming individuals into committed members of society. Pistoletto’s works displayed in the exhibition includes the installation titled 'Love Difference' representing Latin America as a space for coming together and dialogue between peoples: a large table surrounded by 33 chairs, each one of which is the expression of a characteristic style. An equal number of people known for their social commitment met around the emblematic installation. In this exhibition, another of Pistoletto’s performance artworks “Twenty-Six Less One”, consisted of 26 mirrors of exactly the same size hung around the walls of a large Museum hall. The 25 mirrors broken by the artist – leaving only one intact – unveiled the word “understand” written in 25 different languages, including in Mapudungun, the language of the Mapuche, the native population of Chile.

'The Third Paradise', one of the artist’s most emblematic artworks, was hung in the large entrance hall of the MAC. However, the exhibition’s most attended event was the performance led by Pistoletto himself, who rolled a ball of newspapers of approximately one metre in diameter along the trajectory from the La Moneda Palace to the MAC, aggregating the viewers who gradually joined the performance-event, to form a “living” installation situated in the context of “normal” everyday urban life like in the streets of downtown Santiago. The 'walking sculpture' represented one of the exhibition’s most evocative moments and attracted many viewers and onlookers who happened to be walking along the itinerary and found themselves to be part of the installation as it moved towards the Museum. Maestro Pistoletto’s exhibition is scheduled to run until 2 December. 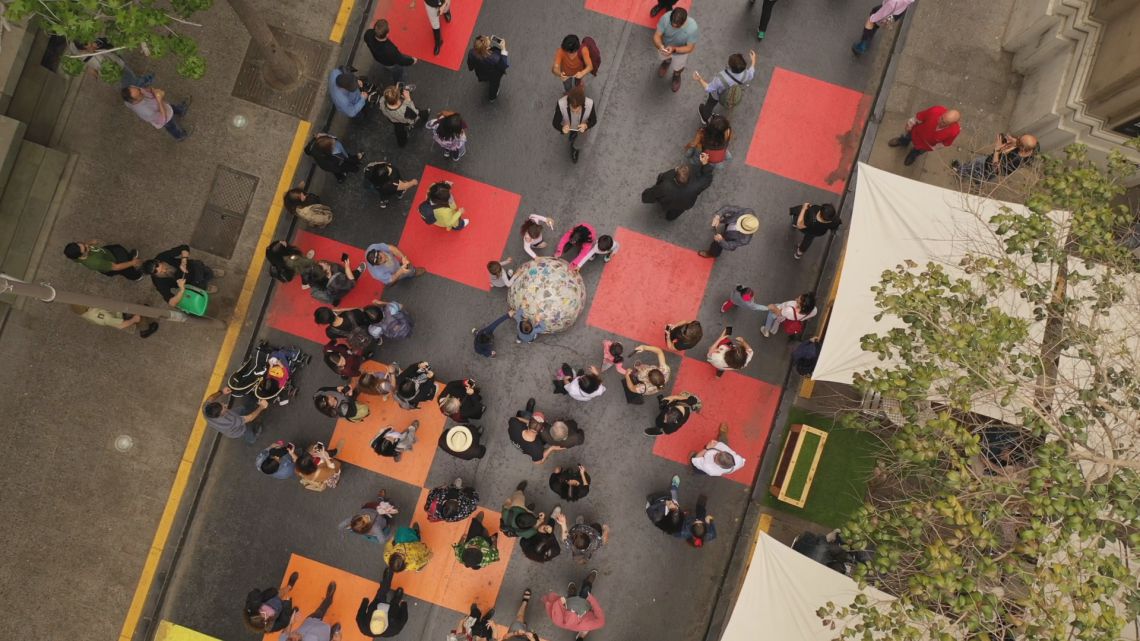 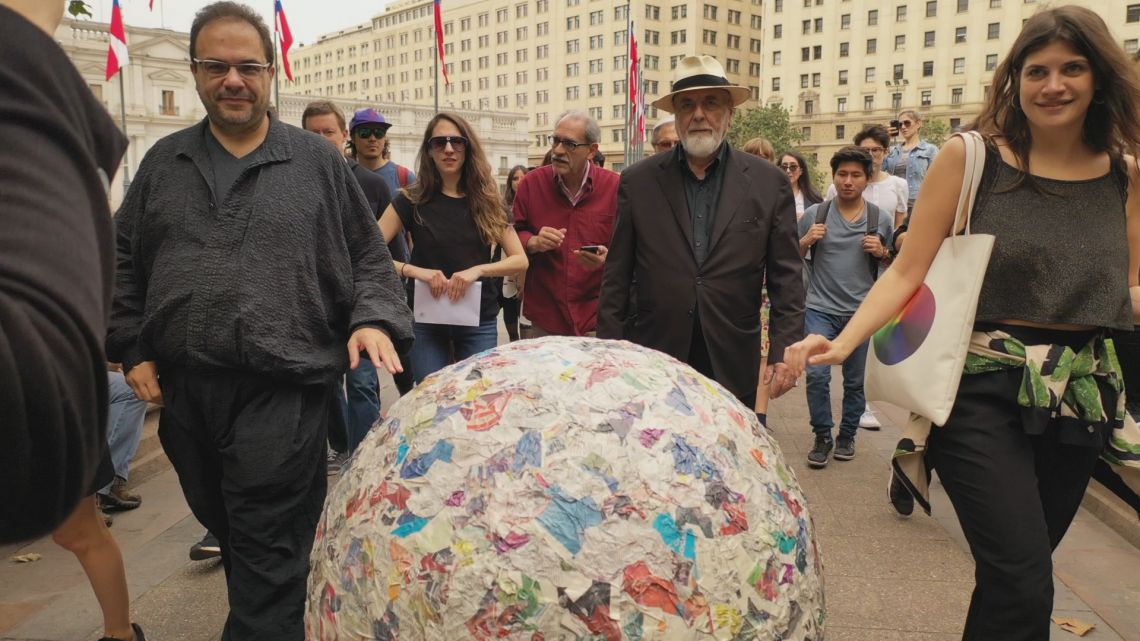 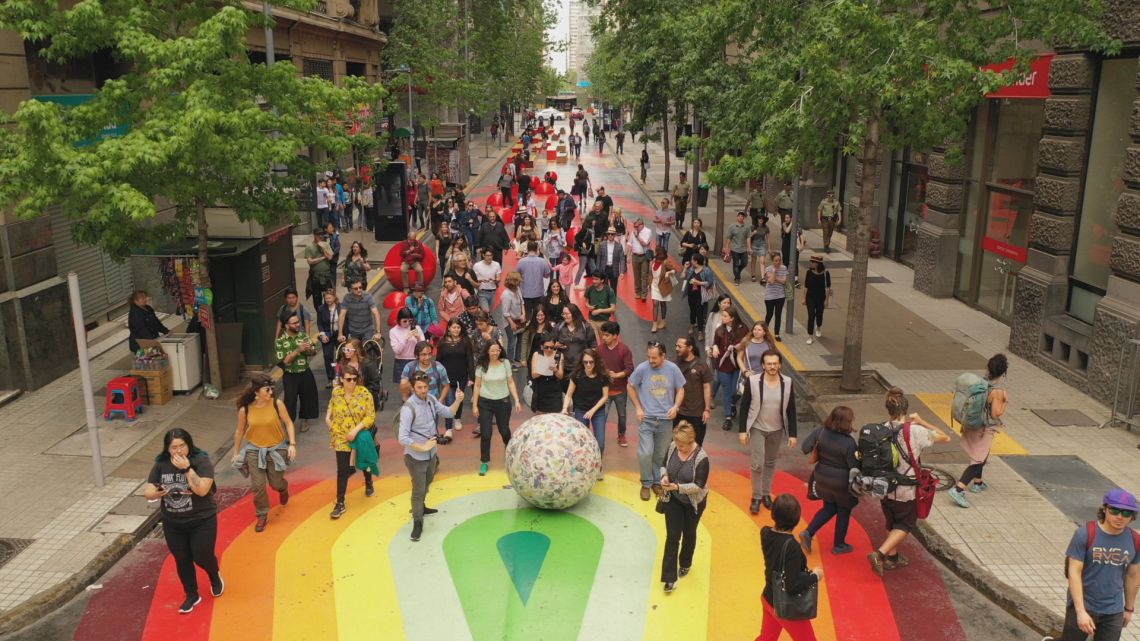 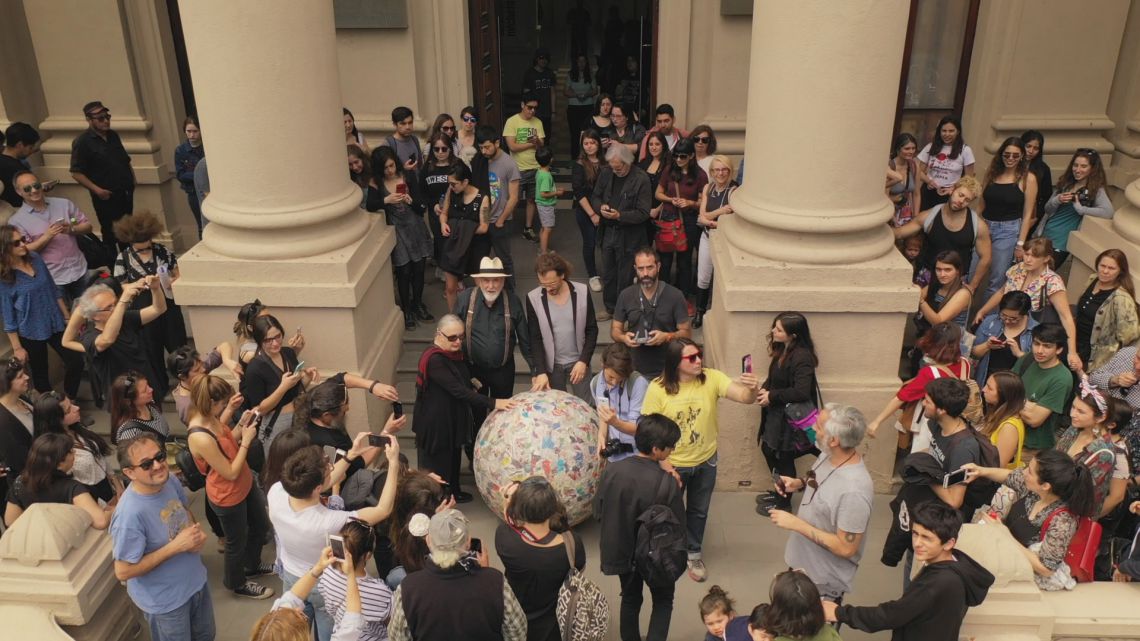