Italy’s landscape on display in Prague

Italy and its landscapes depicted in the stills of renowned Italian photographers. That’s the subject of the exhibition “Affacciati sulla bellezza” (A view on beauty) set up by the Italian Institute of Culture in Prague, inaugurated by Italy’s Ambassador Francesco Saverio Nisio. The protagonist of the 130 photographs is the Italian landscape, “one of the assets that make our peninsula a unique place in the world”, Mr Nisio said while inaugurating the exhibition, curated by Walter Liva and Roberto Mutti, together with Enrico Sarcinelli, president of the Photography Archive and Research Centre. The show – which is part of the events organised to celebrate the centennial of the opening of the Italian Embassy in Prague, which itself marked the beginning of diplomatic relations between the two countries – focuses on Italy “in order to highlight the beauty of the Italian landscape through the indisputable artistic and aesthetic value of the works on display”, Mr Nisio added. The pictures on display point out how the landscape – meaning the shades of its natural and human elements – has been framed, depending on the different schools of thought the photographers followed. Pictures range from Ferruccio Leiss’s night views of an unreal Venice to the photographs taken by Giuseppe Cavalli, Alfredo Camisa, Giuseppe Moder (which recall Croce’s aesthetic principles), to the stills of the members of the Venice Photography Club ‘La Gondola’ (including Gianni Berengo Gardin, Elio Ciol, Fulvio Roiter) and to photographs taken by landscape experts of the Italian Touring Club, such as Toni Nicolini and Francesco Radino. For renowned maestros like Mario Giacomelli, landscape is strongly linked to literature, while Franco Fontana considers it an enchanted land, somehow reminiscent of the Renaissance. Other images include pictures taken by Guido Guidi and Luigi Ghirri and the latter’s criticism of the “postcard view” that took root in the seventies. Then we have Giuseppe Leone’s beauty and cultural richness of the Mediterranean and the depiction of the urban dimension, as imagined by Gabriele Basilico, Mario Cresci, Olivo Barbieri, Luca Campigotto, Virgilio Carnisio, Vittore Fossati and Marco Zanta. Mimmo Jodice prefers to zero-in on the environmental issues of his hometown, Naples, while Luca Maria Patella and Marcello Di Donato illustrate a fantasy-like landscape.

The exhibition, promoted by the Italian Embassy and by the Italian Institute of Culture in Prague, together with the CRAF of Spilimbergo, the Fruili Venezia Giulia regional government and the Fototeca 3M in Milan, will be open to the public until 5 May. It will then move to Slovakia, where it will be hosted by the Culture Ministry from 3 to 19 June. 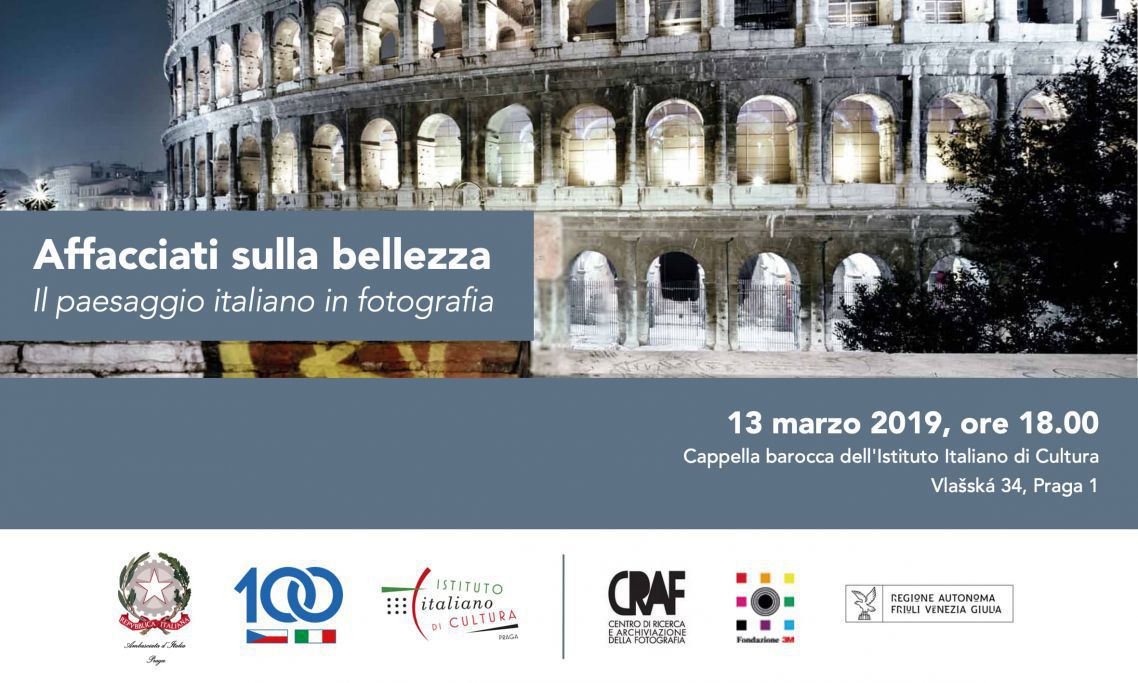