A laboratory of excellence for Italian studies in the historical-literary field and for language courses: this is the purpose of the new centre which was recently opened at the University of Velikij Novgorod by the Ambassador of Italy to the Russian Federation Pasquale Terracciano. The centre was set up upon the initiative of the Italian Cultural Institute in St. Petersburg, with the aim of strengthening cultural relations between the two countries.''Today we are not only opening an Italian centre, we are also building one more bridge that will strengthen the ties between our countries even further, " said Ambassador Terracciano during the ceremony. He went on to say:"The opening of the Centre is the culmination of a process of cultural exchange and strengthens a relationship of mutual respect and friendship that has grown in recent years between our countries." This is an important goal, which was achieved thanks to the support of the Ministry for Cultural Heritage and Activities and Tourism, which donated a valuable library to the Centre. The library will be opened to the public in an official ceremony next September. On that occasion, in addition to the presentation of the book donation, a round table on the translation of Italian books into Russian will be organized, with many publishers and experts among the invited guests. The laboratory, the Ambassador remarked in conclusion, "also responds to the growing demand for Italian language courses from Russian students." The opening ceremony also featured several important cultural events including a concert of young talents from the San Pietro a Majella Music School at the Velikij Novgorod Philarmonic, which was promoted by the Italian Embassy in Moscow, as well as a round table on historical literary relations between Russian and Italy, which was attended by leading experts from both countries. 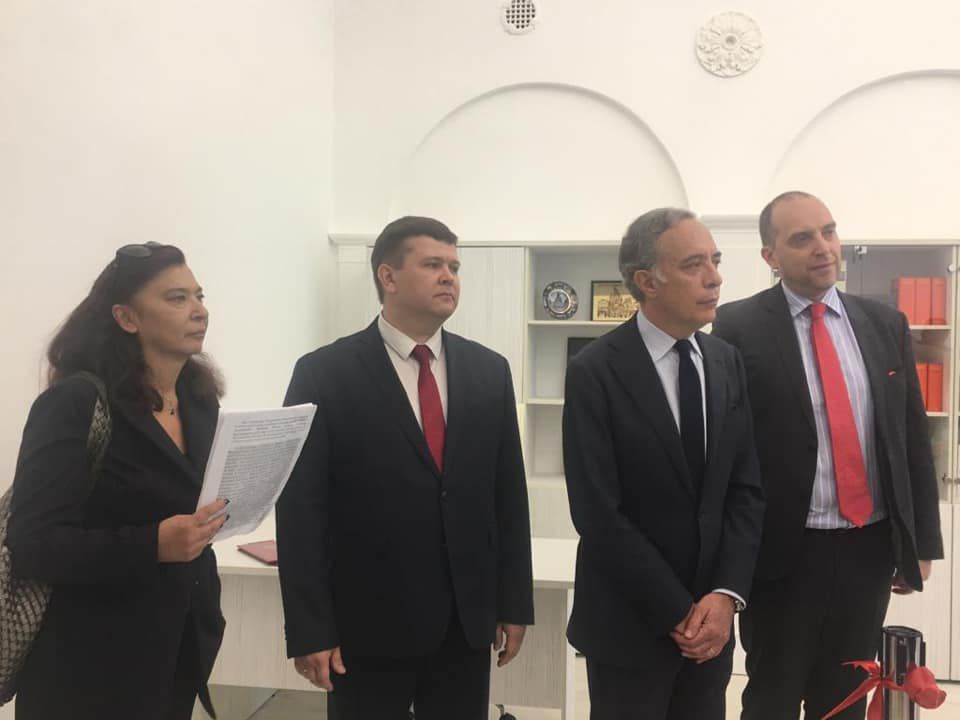