More than twenty Italian and international speakers took turns to speak on the stage of the first Italian-Swedish Health Summit on Diabetes and Cardiovascular Disease that was held yesterday at the Nobel Forum of the Karolinska Institutet in Stockholm. The Summit, which marks the strengthened partnership between Italy and Sweden in the medical research sector, was organised by the Italian Embassy in conjunction with Professor Francesco Cosentino from the Cardiology Unit of the Karolinska Institutet, with the support of AstraZeneca.

The opening remarks by Italian Ambassador Mario Cospito, who expressed great satisfaction for the meeting which he hopes will be repeated next year, were followed by contributions by the Undersecretary for Health, Sandra Zampa,  the representative of the Swedish Government for Life Science, Jenni Nordborg, the Vice President of Assolombarda, Sergio Dompé, and the President of the Swedish Association of the Pharmaceutical Industry, Anders Blanck. The dense day of work closed with remarks by the Director General of the Swedish Research Council, Sven Stafstrom, and the two Rectors of the Karolinska Institute, Ole Petter Ottersen, and of the University La Sapienza of Rome, Eugenio Gaudio. The two universities recently also signed a Memorandum of Understanding aimed at strengthening academic and cultural exchanges and the cooperation in teaching and research.

The Summit aims to facilitate the exchange of experiences, consolidate interdisciplinary and inter-regional cooperation and made a useful contribution towards the adoption of disease prevention protocols. According to the figures published by the WHO, cardiovascular diseases represent the first cause of death worldwide, with 17.9 million deaths in 2016 (31% of the total), while the number affected by diabetes has risen from 108 million in 1980 to 422 million in 2014.

“Today’s meeting marks a further step forward towards the full implementation of the executive programme for scientific cooperation between Italy and the Kingdom of Sweden and also reflects the contents of the cooperation agreement between the Karolinska Institutet and the University La Sapienza of Rome”, said Undersecretary Sandra Zampa. She added: “I hope that the fruits of this cooperation between two Countries will lead to increasingly innovative and advanced solutions in managing chronic patients: one of the most challenging tasks facing us.” 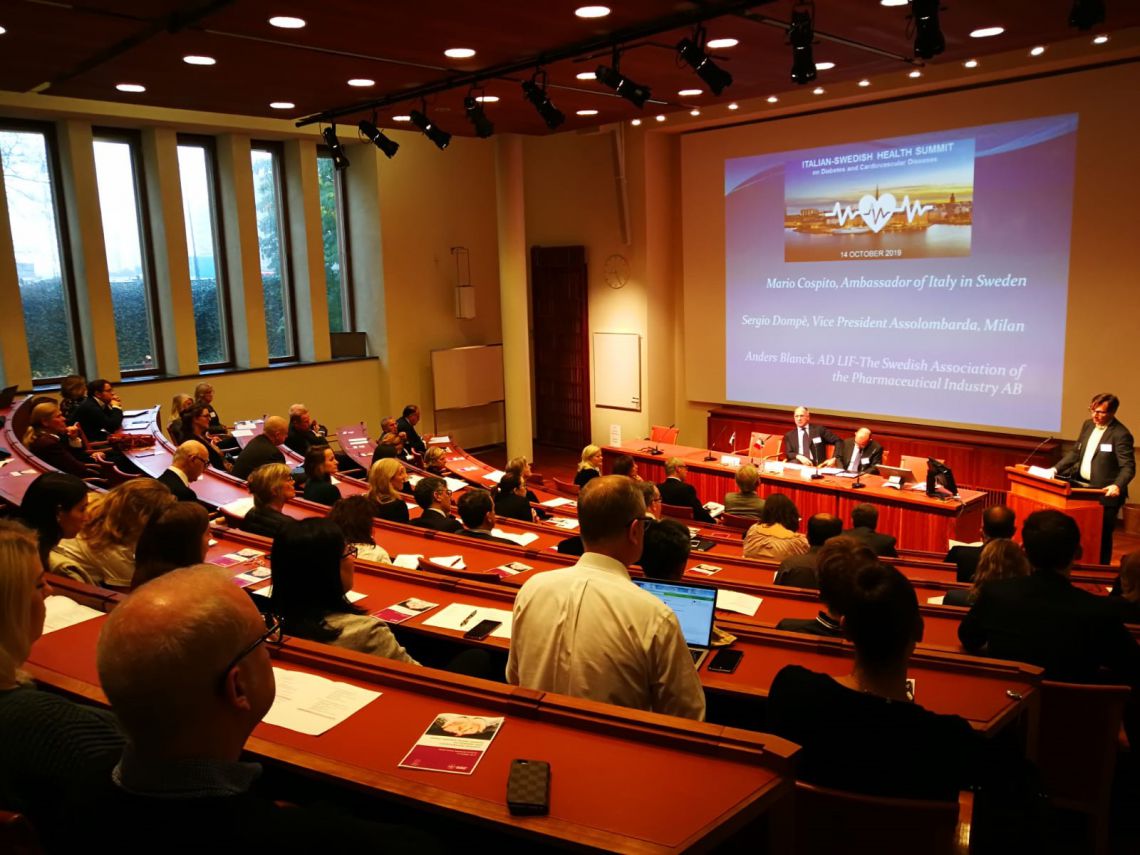