On 11 December 2017 the “Invest in Italy Roadshow” organised by the Italian Embassy was held at ETH Zurich, in association with the Berne office of the Italian Trade Agency (ICE), the Italian Chamber of Commerce for Switzerland, and the support of the Swiss Chamber of Commerce in Italy. It was opened by the Ambassador, Marco Del Panta, attended by the Undersecretary of State for Foreign Affairs and International Cooperation, Benedetto Della Vedova and representatives of the Ministry of the Economy and Finance, the Ministry of Economic Development, ICE-Agenzia and FSI-SGR.

The Roadshow stop in Zurich was a chance to give the Swiss business community an overview of the new business climate in Italy following economic growth reforms introduced by the government. It also explained measures to attract foreign investment to give new life to economic flows from Switzerland to Italy in the medium-long term.

It also provided an opportunity to present investment opportunities in Italy, especially in the Genoa port system, the pharmaceutical sector and the Arexpo project, a large multi-functional theme park in the Expo 2015 area in Milan, which includes green islands, important new public services and an innovative concept of transport. Finally, Nestlé Italia Group gave a talk on its investment in Buitoni, demonstrating a real case of direct Swiss foreign investment in Italy to create an international hub for the production of frozen pizzas in southern Italy.​ 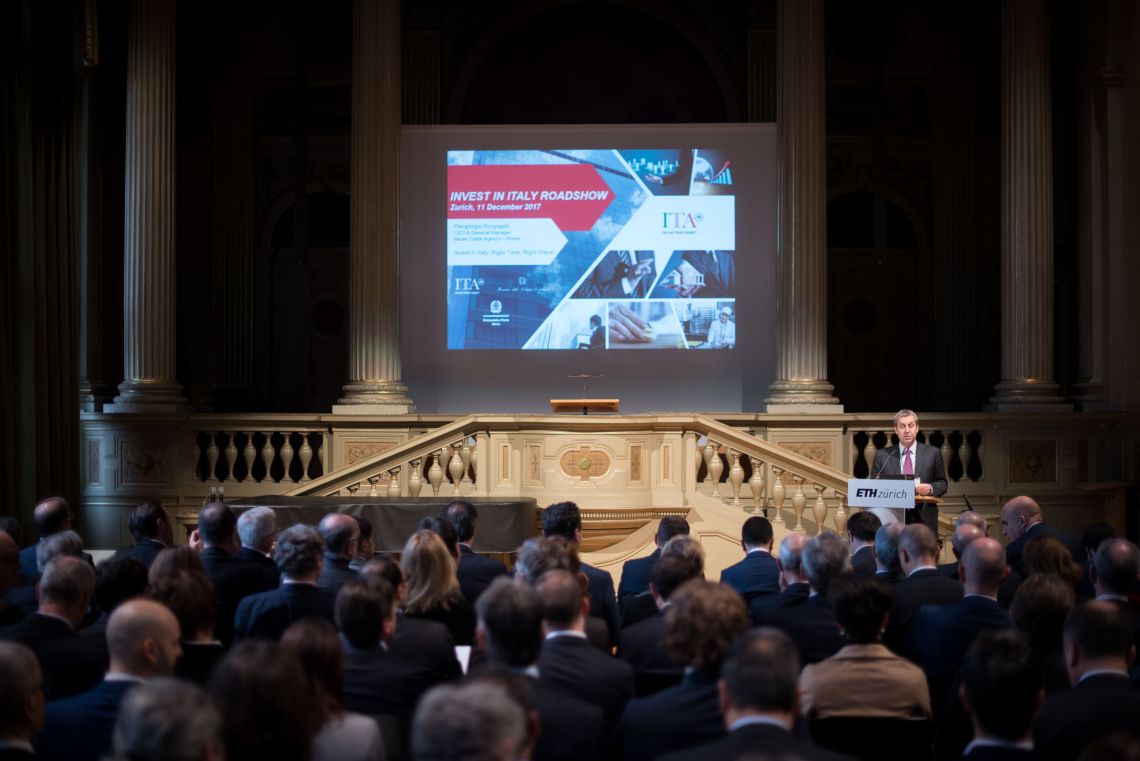