Turin and Giugiaro guests of honor at Madrid Design Festival

Turin is the guest of honour of the Madrid Design Festival in the Spanish capital until February 20, 2020. The only Italian representative among the "UNESCO creative cities for design" brings to this vital appointment its history of design and creative innovation, technological innovation for mobility and automotive. And it does so with a series of initiatives and one of the most representative personalities of this scenario, Giorgetto Giugiaro.

"A wonderful opportunity to tell the story of Turin and its tradition in the design sector, and to show how the city, today a centre of absolute excellence in the sector, uses 'design thinking' as a method to be increasingly accessible, sustainable and inclusive," explained the Italian Ambassador to Spain, Stefano Sannino.

Among the leading initiatives in Madrid in the Piedmontese capital is 'Marca', an exhibition promoted and supported by the Turin Chamber of Commerce in collaboration with the Centro Estero per l'Internazionalizzazione. Through a collection of everyday objects, it presents some of the latest innovations born from the virtuous collaboration between institutions, designers and companies in Turin.

Giugiaro's contribution is articulated within a cycle of meetings with the most talented professionals of the sector. His conversation this afternoon is entitled Diseno Turinés and explores the history of production-oriented design, especially in the automotive industry, but also of social design. Without forgetting the role played in this sector by high-level training institutes such as the Politecnico di Torino, Io Iaad and Io Ied among others.

On Saturday a conference will be dedicated to Turin city of design, with some protagonists of the sector that animate in the city events of international importance such as the Graphic Days, Torino Stratosferica, Circolo del Design and the Festival of Architecture 2020.

Also, during the Madrid Design Festival, in view of the 2020 edition of the Italian Design Day promoted by the Ministry of Foreign Affairs, the ITmakES project "Il Design - Un viaggio tra Italia e Spagna" (The Design - A journey between Italy and Spain) will be presented. The project has been developed by the Italian Embassy, in collaboration with "INTERNI Magazine", the Order of Architects of Madrid, the Association of Designers of Madrid and the Association for Industrial Design of the Promotion of Arts and Design of Barcelona. Now in its second edition, the competition is addressed to Spanish students and young creatives under 35 years old called to propose a project dedicated to the theme "The Identity Object". The prototypes of the winning projects will be realized with the collaboration of famous Italian designers and exhibited during the Salone del Mobile in Milan. 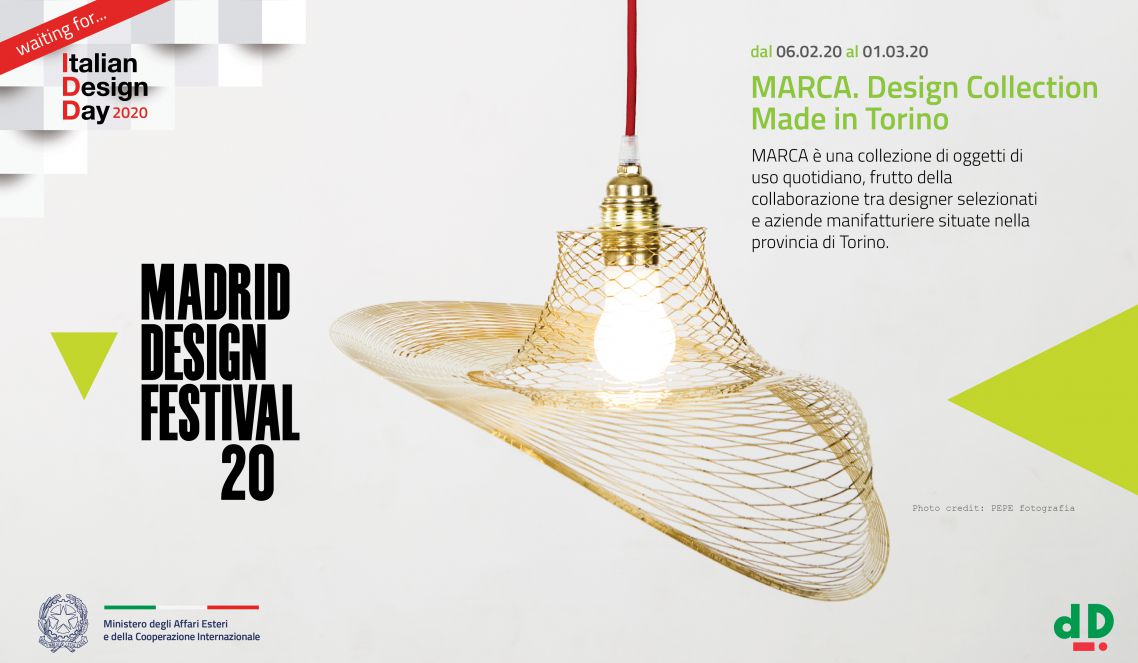