A Gala Concert dedicated to the most beautiful opera arias by Giacomo Puccini opened the 34th edition of the El Jem International Symphonic Music Festival, in the presence of the Tunisian Minister of Cultural Affairs, Mohamed Zine El Abidine, and the Italian Ambassador in Tunis, Lorenzo Fanara.

In the Roman Amphitheatre of El Jem, known as the "Little Colosseum" and declared a World Heritage Site by UNESCO in 1979, the Orchestra of the Puccini Festival, conducted by Maestro Alberto Veronesi, performed for the first time in Tunisia with a group of 60 musicians, and the sopranos Giovanna Casolla, Amarilli Nizza and Ivana Canovic, the baritone Michele Kalmandi, and the Tunisian tenor Hamadi Lagha. The Orchestra performed the most famous pieces of Madame Butterfly, Tosca, La Bohème and Turandot, the mandatory "O' sole mio" and "Torna a Surriento" as an encore, and ended with "Brindisi aka The Drinking Song" from La Traviata.

The Concert was made possible thanks to the support of the Italian Institute of Culture, as well as that of the Region of Tuscany, the Tunisian Ministry of Cultural Affairs, the Embassy of Italy in Tunis, the Tunisian-Italian Chamber of Commerce and numerous Italian companies. 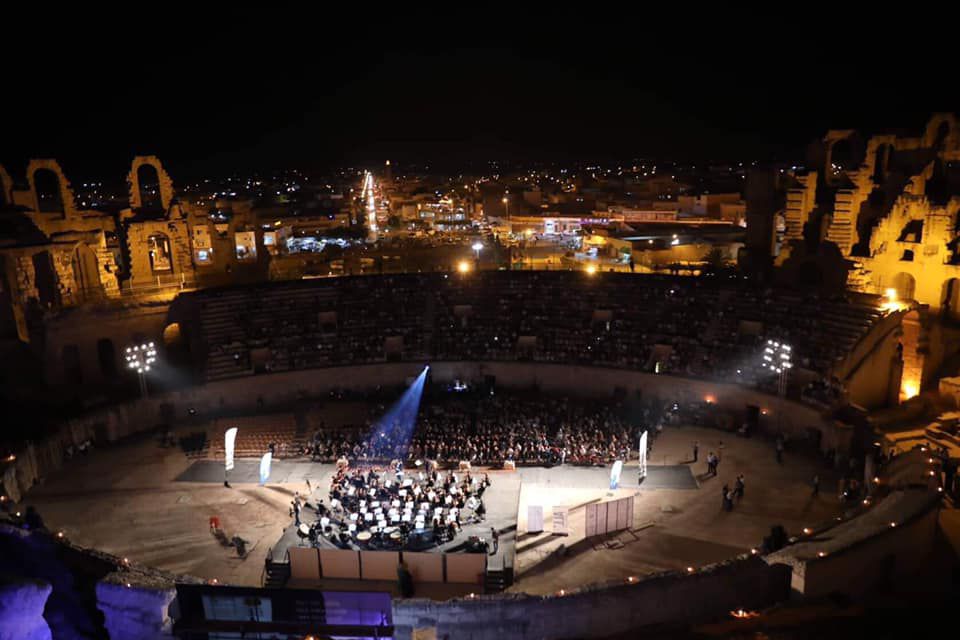