Tunis: A play about the Franca Viola Case

In recognition of the International Day for the Elimination of Violence against Women, the Italian Cultural Institute in Tunis will stage 'La donna che disse no’ (the woman who said no) at the Théâtre Le 4ème Art in Tunis, performed by the Onirika del Sud theatre group and directed by Pierpaolo Saraceno. The play is loosely based on the story of Franca Viola and has been performed over two hundred times since 2016, winning nine national prizes. It tells the story of the first time a ‘rehabilitating marriage’ was actually refused, going on to become a symbol for civil growth and the emancipation of Italian women in post-war Italy. It was then 1965, when article 544 of the Criminal Code stated that the crime of rape could be extinguished if the rapist went on to marry his victim.  Thanks to Franca Viola’s courage, article 544 was repealed in 1981 even though rape only became legally recognised as a crime ‘against the person’ in Italy in 1996 in addition a crime against ‘public morality’. The performance will be preceded by a meeting with students at the Institut Supérieur des Sciences Humaines in Tunis, to talk about Franca Viola and the legal consequences of her choice to rebel against a ‘rehabilitating marriage’. 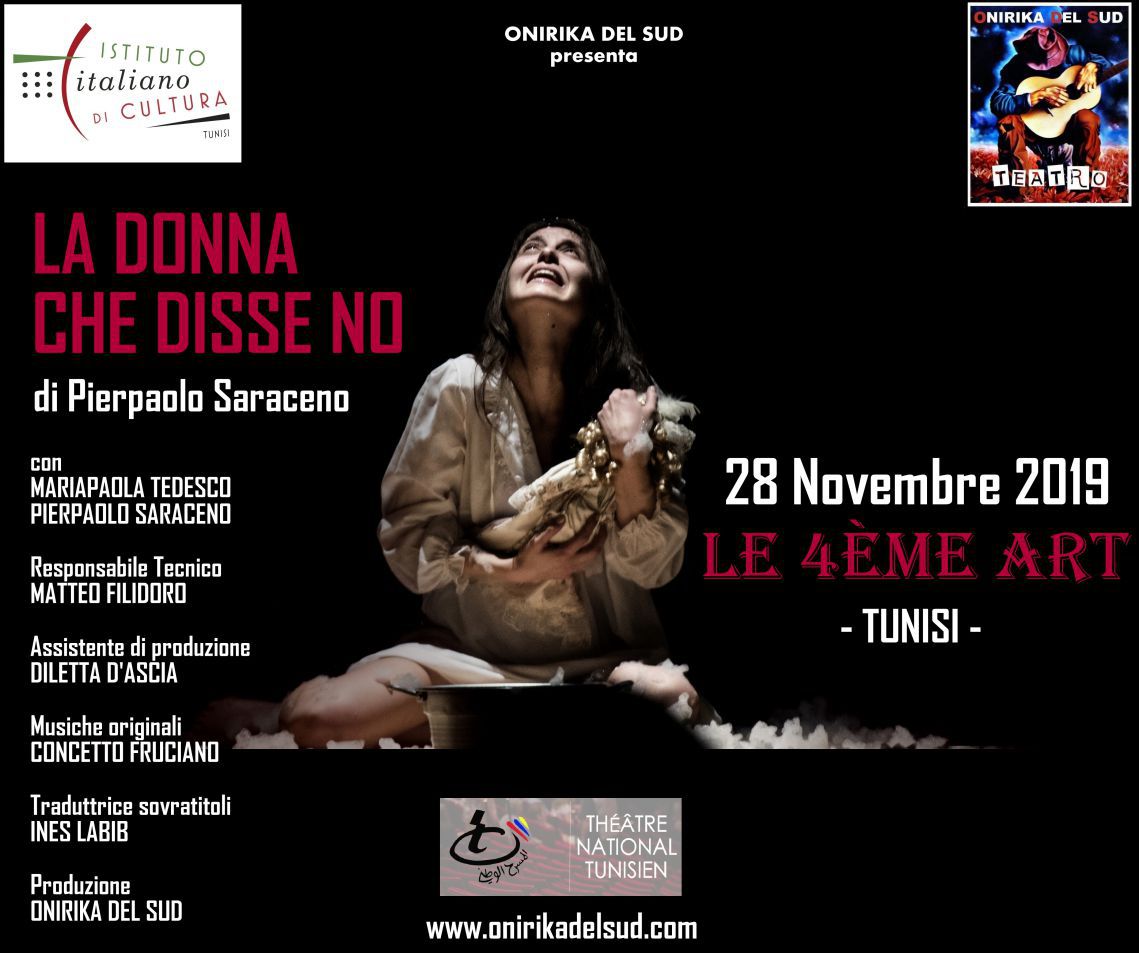 Tunis: A play about the Franca Viola Case