“100 red shoes to say Stop to violence against women” is the title of the exhibition organised by the Italian Cultural Institute in Amsterdam, in partnership with the Comites-Olanda, and in association with the Bologna-based non-profit organisation ‘Casa delle donne per non subire violenza’.

100 pairs of crochet-knitted shoes were handcrafted by the Bologna-based association “Maglia che ti passa” that will be displayed from Monday 25 November – International Day for the Elimination of Violence against Women – to 3 December at Keizersgrachtkerk 566 in Amsterdam. The idea of using red shoes to symbolise women killed by an act of violence belongs to Mexican artist Elina Chauvet, who organised it for the first time in Ciudad Juarez in 2009.

Made of different sizes and shapes to represent the cross-cutting nature of feminicide, each shoe bears the name of a woman killed in Italy in 2018 while those without a name testify to the death of a woman whose body could not be identified.

“Italy, through diplomacy and development cooperation, is in the forefront in preventing and combating gender violence and in promoting the rights of women around the world, also through the “Red Code”, the new legislative instrument,” said Ambassador Andrea Perugini in an address at the opening of the event. 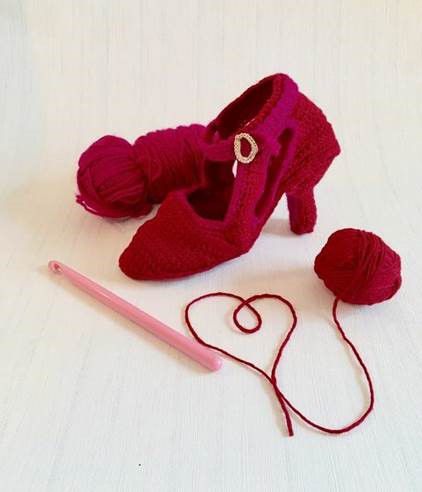