Visit by Deputy Minister Del Re to the UN Headquarters

Deputy Minister of Foreign Affairs and International Cooperation, Emanuela Del Re, visited the UN Headquarters in New York from 28 to 30 January. The main topics discussed with her interlocutors included Italy’s commitment towards promoting peace and development in Africa, support for the implementation of Agenda 2030 with a focus on empowering young people and women, reform of the United Nations and the Security Council to make it more representative and efficient, the campaign for a global moratorium on the death penalty, and the promotion of proper heating habits.

The Deputy Minister’s packed agenda included meetings with, among others, the President of the United National General Assembly, Maria Fernanda Espinosa, President of the ECOSOC (Economic and Social Council), Rhonda King, the Under-Secretary-General of UNDESA (Department of Economic and Social Affairs), Zhenmin Liu, the Under-Secretary-General for OCHA (Coordination of Humanitarian Affairs)  Mark Lowcock, the Executive Director of UNFPA (Population Fund) Natali Kanem, the Special Adviser on Africa, Bience Gawanas, and Administrator of the UNDP (Development Programme), Achim Steiner. She also took part in the International Cooperation event at the headquarters of the Global Citizen NGO.

The Deputy Minister gave an address on behalf of the “Uniting for Consensus” group at the annual session of intergovernmental negotiations on reforming the Security Council. “We must revitalise the United Nations and reform multilateralism: our citizens have an increasingly strong desire for profound change. In order to achieve this, we will also have to make the Security Council more representative, democratic, responsible and efficient,” said the Deputy Minister.

She then took part in the meeting of the Group of Friends on Food and Nutrition, chaired by Italy, which places an emphasis on public health, consumer protection and reduction of food waste. “We believe that integrated action is vital if we wish to make real progress.  Italian diplomacy, together with the country's economic system, is working to promote and support this approach, reinforcing cooperation with countries that share our food culture and the Mediterranean diet”. 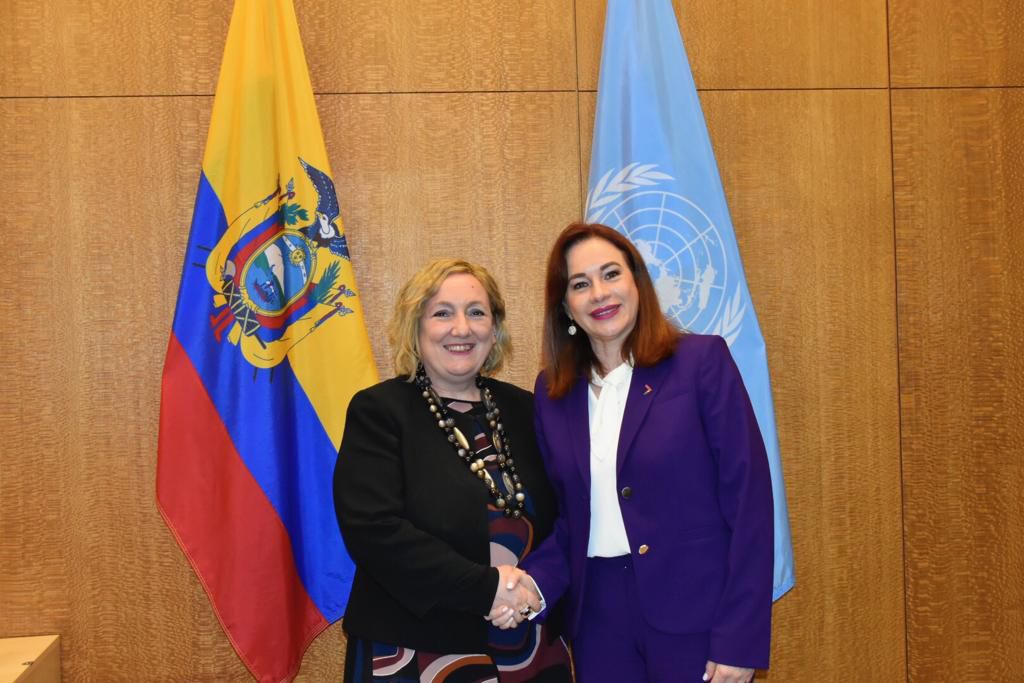