Deputy Minister Del Re visits the Horn of Africa

The Deputy Minister of Foreign Affairs and International Cooperation, Emanuela Del Re, has just returned from a very intense visit to the Horn of Africa that took place from 3 to 10 December. The Deputy Minister travelled to Eritrea, Ethiopia, Djibouti and Somalia in accordance with a very tight schedule of institutional meetings at the highest levels. She met with the Presidents of Eritrea, Afewerki, of Somalia, Farmaajo, of Djibouti, Guelleh, and with the Ethiopian Foreign Minister, Gebeyehu. Following up on Prime Minister Conte's visit to the region in October, and on the meetings that the Minister of Foreign Affairs and International Cooperation, Moavero Milanesi, had with the Foreign Ministers of Ethiopia and Eritrea in New York and in Rome, the Deputy Minister expressed Italy’s closeness to both Countries in this moment of hope, rekindled by the historic peace agreement between Ethiopia and Eritrea. In Djibouti, the Deputy Minister visited the international fair and greeted Italian exhibitors, and then took part in the inauguration of the new ICE desk in the Country. She also met with Italian entrepreneurs in Addis Ababa and Asmara to discuss problems and opportunities and the need to involve the private sector in pursuing an idea of cooperation aimed at a shared and sustainable development. The Deputy Minister visited the two Italian schools in Asmara and in Addis which, on that occasion, signed a Twinning Agreement, the first of its kind between Italian schools abroad. The Deputy Minister also launched a contest, designed by her, called "Peace and me", which is open to the 2000 plus students attending the two institutes. 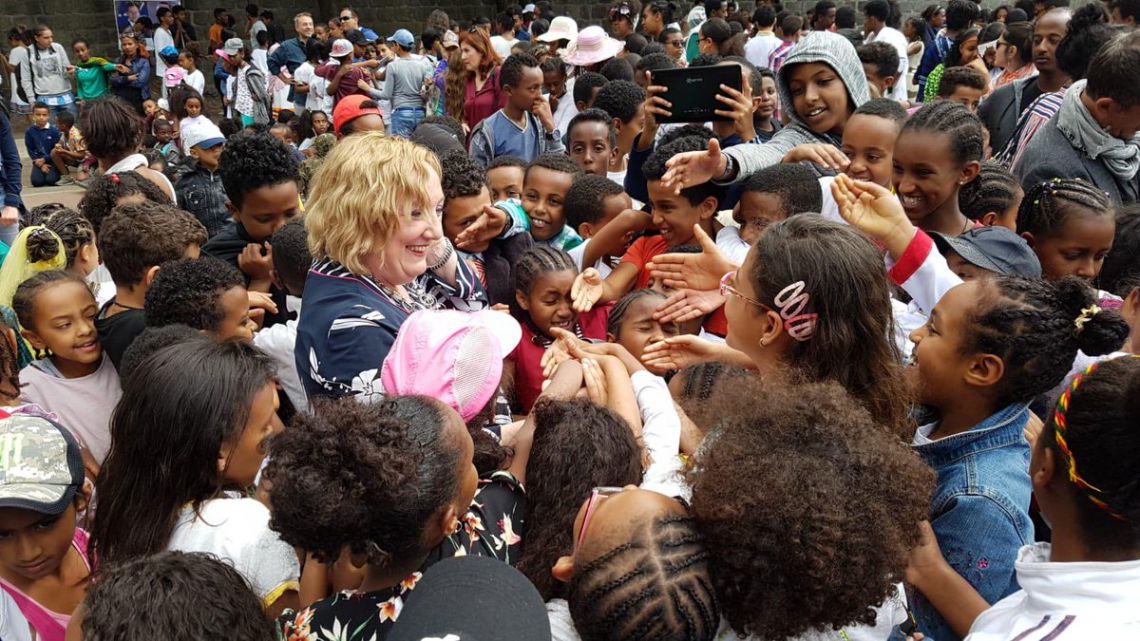