On Friday, 29 March 2019, at 12:00 p.m., the Farnesina will host the press conference launching the SANREMO GIOVANI WORLD TOUR, promoted and organised by the Ministry of Foreign Affairs and RAI to support the creative industry and promote the emerging talents in the world of contemporary music in Italy and in the world.

The Tour will stop in seven cities in five continents (Tunis, Tokyo, Sydney, Buenos Aires, Toronto, Barcelona, Brussels) and will bring on stage the finalists of Sanremo Giovani 2018: Einar, Federica Abbate, Nyvinne, Deschema, La Rua. Mahmood, the winner of the 69th edition of the Sanremo Festival, will be in Tunis on the first stop on the Tour.

The press conference will be held by the Foreign Ministry’s Director General for Cultural and Economic Promotion and Innovation, Vincenzo De Luca, the Deputy Director of Raiuno, Claudio Fasulo, and the artists participating in the Tour.

The artists will hold a preview performance of the concert that they will bring on tour at 9 p.m. at the Teatro Eduardo De Filippo of the “Officina delle Arti Pier Paolo Pasolini- Hub culturale della Regione Lazio”, which we thank for the cooperation.

Journalists, photographers and TV crews interested in following the event are requested to apply for accreditation in one of the following two ways:

Media representatives are invited to arrive at the following time slots:

11:15 photocall with the artists (photographers and cameraman)

At the Ministry of Foreign Affairs and International Cooperation, main entrance, left-hand side:

Journalists accredited for the press conference wanting to attend the evening concert at 9 p.m. can write directly to Officina Pasolini, at the address: info@officinapasolini.it 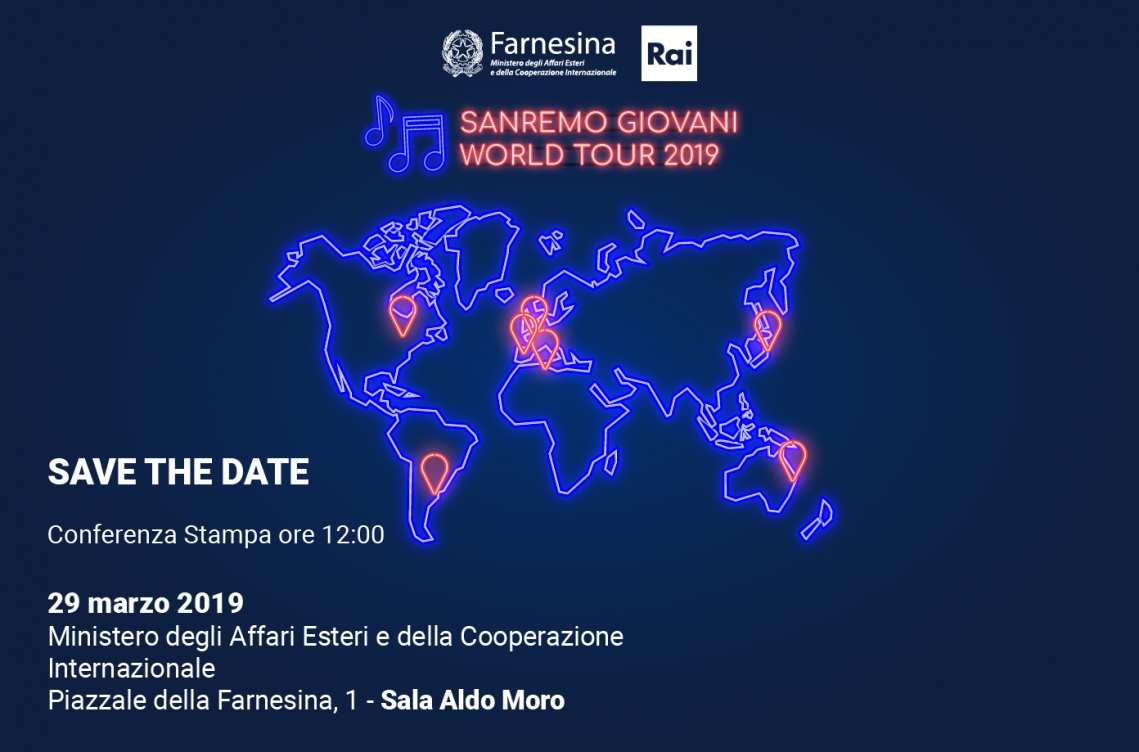 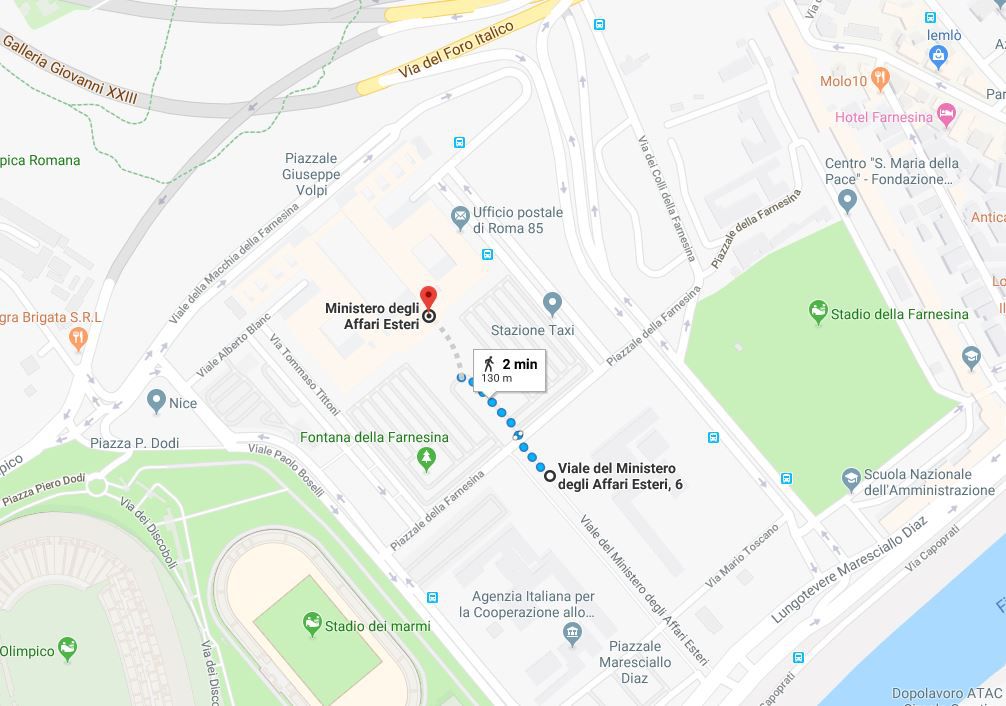