“We are facing a new phenomenon – Foreign Fighters – that calls for  a new response”, underscores Minister for Foreign Affairs Paolo Gentiloni in an interview with Il Mattino. “Forms ofactivity such as self-training or travel abroad for terrorism-related purposes are going to be introduced into our criminal code”. And that’s not all. Indeed, Minister Gentiloni also points out the“possibility of blocking websites used for the spread of propaganda or for recruitment; and there is the possible institution of a counter-terrorism authority”.

Is there a risk of terrorist infiltration among immigrants? Minister Gentiloni, there has been some controversy over this intervention. What has triggered the alarm and the fear of foreigners?

“If people would listen carefully to what I have been saying about the risk of infiltration”, the minister explains, “there would be no misperceptionaboutthe separate phenomena of migration and terrorism. In London, where I participated in a meeting of the countries engaged in countering the Da’esh, much was said about foreign fighters and the risk of terrorist infiltration. But any generic confusion with immigration is nonsense and is even manipulative. The terrorists are not arriving on boats that risk being dashed to pieces along our coastline. To call for the suspension of maritime search and rescue operations and would not only be a political but also a moral error”.

Interior minister Angelino Alfanohas not excluded this, adding however that there has not been any specific intelligence.

“The security forces are monitoring all possible mechanisms for entry into our country.  A normal operation, given that the level of alarm is very high, and even more so after the Paris attacks and the threats launched against Europe. Alfano is right when he says that there is no concrete risk of infiltration at the moment”.

The government has already postponed the council of ministers at which a counter-terrorism decree was to be approved. What’s happening? Is it that there’s no money or is there a failure to agree on the measures to be undertaken?

“There is no mystery about those postponements. It was simply decided to separate the decree on extraordinary measures against foreignfighters from the traditional decree on international cooperation missions. Given the difficulty, just 24 hours ahead of time, of writingsuch a detailedbill, the decision was made to postpone it to the following Wednesday. Counter-terrorism and international missions are two separate items, while theydo have points of intersection. Take the anti-Da’esh mission: Italy is in the forefront of the countries supplying weapons and training to the forces combatting the terrorist state”.

“We are facing a new phenomenon – foreign fighters – that calls for  a new response.Forms ofintroduce activity such as self-training or travel abroad for terrorism-related purposes are going to be introduced into our penal code.”

There has been much discussion about the case of Greta and Vanessa. How must Italian nationals who venture into highly dangerouscountries be treated?

“The Farnesina has officially and repeatedly discouraged any individual initiatives, even with the best intentions of cooperation. There are some areas, and one of these is Syria, for which the Ministry of Foreign Affairs does not authorize travel at all. The two young women did not advise the Farnesina as cooperative associations ordinarily do. We can no longer afford acts of such poor judgement…”.

And what happens to those who commit them?

“Any modern and democratic government is obliged to protect the lives of its citizens. In any case. The government cannot simply wash its hands of them. All governments are so obliged and do act, perhaps in differing ways. I would point out that, preciselyin Syria, where the two Italian women were abducted, nine other Western hostages were liberated over the past year

Mr. Minister, let’s go back to the London conference. At what point has the fight against the Islamic State come?

“Good results have been achieved over the past four months, especially in the north of Iraq and around the city of Kobane. But it is going to be a long battle, and we cannot win it only at military level”.

What do you mean?

“I mean that political-cultural efforts have to be made, involving the governments of countries with an Islamic majority in the fight against terrorism. In addition to threatening the West, the Da’esh, Al Qaeda and Boko Haram are waging war on Islamic governments and institutions. I appreciated  Egyptian President Sisi’s explicitly taking up this challenge for the first time”.

Going on to the Balkans, what impact did the trilateral summit the Farnesinaorganised with Serbia and Albania have?

“Both are key Western Balkans countries. Italy, a top trade partner to both nations, has beenencouraging dialogue and the resolution oflingeringtensionsover Kosovo, and is the strongest supporter of their European Union integration”.

You have been with Renzi from the start. What’s going on in the PD? Rancor, suspicion, it seems like a replay of what happened in April 2013.

“I can’t manage to do too many jobs at the same time. Since taking over as foreign minister it has really not been possible for me to concern myself with internal party dynamics, much less with what is going on around the election of the next Head of State”. 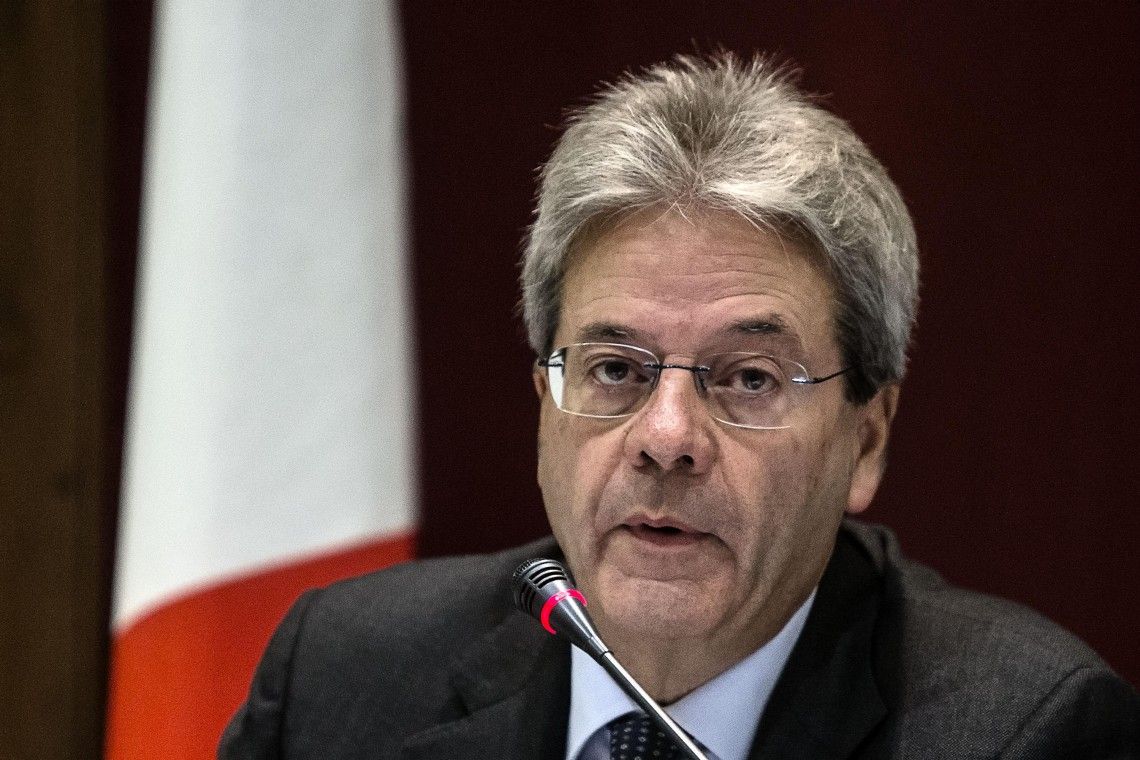