Del Re: “Investing in Africa for our future: multilateralism is the solution” (Limes)

In a recent article in the Financial Times, Ethiopian Prime Minister Abiy Ahmed, Nobel Peace Prize 2019 laureate, shares his vision in the coronavirus era: if we don't set up an adequate health strategy for Africa immediately, not only the virus will come back to infect the rest of the world, but also the global economy will suffer a substantial impact. “African economies are on the edge of an abyss” he warns, taking the example of his country, Ethiopia, that, in reality, has made huge progress in the healthcare sector in the last 20 years, is not prepared to face an emergency such as coronavirus. As in great part of sub-Saharan Africa, access to healthcare services is not guaranteed or it is lacking.

Mr Abiy points out that even washing one’s hands is a luxury in Africa, because of the lack of clean water. Community life has meant a lot among African populations – it is summarised by Ubuntu philosophy that I cherish, by which people make sense of themselves only in relation to a community – but becomes a great risk in the Covid-19 era, having a healthcare and social effect that is likely to be devastating. The economy still depends on the cycle of seasons and a fall in the price of raw materials, as it is the case, could lead to disasters. So here is Abiy Ahmed presenting to G20 countries a three-point proposal to deal with Covid-19.

This is an important event, because it is the first time that an African country proposes a global financial plan, which Mr Abiy calls "Africa Global Covid-19 Emergency Financing Package". The first measure that it envisages is 150 billion euros as additional budget support and as financing for the private sector. It also calls on the G20 nations to support the World Health Organization and the Africa Centres for Disease Control and Prevention (CDC) in order to strengthen the continent's public health system and emergency preparedness. The Prime Minister says the G20 will also need to implement debt reduction and restructuring plans and reminds world leaders that a real "global strategy" is needed to stop the pandemic. Mr Abiy also represents the voice of many Finance Ministers from African countries, who have gathered in Addis Ababa in these days to support the need for a coordinated response.

Is Africa prepared to respond to the Covid-19 pandemic? Mainly in South Africa - one of the most affected countries - and in Nigeria there is the advertisement for a well-known disinfectant liquid, which at the moment is labelled "effective against the human coronavirus". Given the numerous reactions of attentive consumers who ironically wondered if that liquid was enough to solve the problem, the company quickly replied that the product was not tested for Covid-19, but that it is effective for other human coronaviruses, such as Sars-CoV. It would seem to be a sadly facetious episode in this circumstance, but the situation is not at all reassuring.

Hygiene is not guaranteed in many parts of Africa. Although considerable progress has been made – also thanks to the enormous commitment of international development cooperation of which Italy is one of the most effective actors – the health situation remains very poor: 20% of Africans in sub-Saharan Africa still do not have access to hygiene services, with the risk of spreading diseases. This has a strong impact, in particular, on healthy water, creating enormous health risks. Just think of the second cause of death for children under the age of 5, it is childhood diarrhoea, for which a vaccine has been found through the commendable work of Gavi (Global Alliance for Vaccines). However, the vaccine only covers part of the pathologies linked to diarrhoea (Rotavirus), which could be solved by sanitizing the water.

Italy – onmy initiative with MAECI– has launched a global campaign against childhood diarrhoea in the world, but there is a lot of work to be done. Let’s imagine the townships, shantytowns, refugee camps, characterized by overcrowding. One water pump for every 50 people requires queuing for supplies every day. Those who work use means of transport that are insufficient or full to the brim, vans that are filled up and emptied many times a day. In Ethiopia bus travels have been increased, but that is not enough. No one can afford not to work, even for a few days, given the high rate of poverty on the continent and the fact that most of the work is informal.

If there was an alternative, many say, we would stay home and protect ourselves of course! We cannot make generalisations because a careful analysis shows that there are differences in income in different areas in individual countries, but, in my opinion, the fact that the 12 poorest countries in the world are in Africa (according to the latest World Bank data on 2018 per capita income and UNDP data on 2019 Human Development Index) is functional to this reflection. Italy is on the side of the poorest countries, because 11 out of the 20 priority countries for development cooperation are in sub-Saharan Africa (Burkina Faso, Senegal, Niger, Ethiopia, Kenya, Somalia, Sudan, South Sudan, Mozambique), especially with projects focused on health, without which the countries would not have known how to meet local needs. Our ability to respond to emergencies is also important, such as having set up an entire hospital in few days in cooperation with the Italian Civil Protection to cope with Cyclone Idai in 2019.

Despite the fact that some countries such as Uganda and Tanzania have a structured healthcare system and despite the ability to react and the experience relating to some epidemics – for instance, Ebola – which increases the ability to react to crises, the situation is really difficult throughout the continent.

Niger President Mahamadou Issoufou also spoke on France 24 on 3rd April about the fact that the Covid-19 joins the already serious plagues afflicting the country, such as terrorism. Mr Issofou is in line with Mr Abiy and proposes a Marshall plan for Africa – repeating what he had already proposed in 2016 to Angela Merkel during her visit to Niamey – to enable Africa's development, but raising new issues today, particularly regarding the fragility of the healthcare systems in many African countries.

Facing the African situation – one doctor per five thousand inhabitants on average and 1.8 beds per thousand inhabitants, with an average per capita expenditure on healthcare of 30 dollars per year throughout the sub-Saharan area according to 2019 WHO data (the European average is 3,600 dollars, 2019 OECD data) – the situation appears dramatic. African doctors are appealing to the private sector to stem the emergency.

That there is an urgent need to support Africa at this time is also clear from the United Nations’ response to the African Finance Ministers’ proposals. UN Economic Commission has stated that an immediate allocation of at least 100 billion dollars is needed to deal with the emergency. It is also suggested, especially for the most fragile states, to use existing instruments offered, for instance, by the International Monetary Fund, the World Bank, the African Development Bank and other regional institutions. Tedros Adhanom Ghebreyesus, Director General of the WHO, has called for debt relief measures to avoid the economic collapse in the most fragile countries, which was similar to the statement made together with FAO and WTO for a global "food security" strategy. In summary, there is a call for national measures to be adopted with a holistic approach and which must be implemented globally.

But if we are also in a crisis, why invest in Africa? Precisely because at this difficult time we need a long-term strategy. I very much appreciate Prime Minister Abiy suggesting that we should think immediately about a plan to avoid the worst in the future. A strategy that, on the one hand, defends us against a return of the epidemic and, on the other, avoids a domino effect on the global economy due to the undeniable interconnection of economic processes, so that, for example, the barriers currently imposed by Africa to China will have an effect elsewhere, due to a global economic system of communicating vessels. Some have also put forward an argument in favour of investment in order to prevent the risk of a new major impetus to migration from Africa to Europe, which would increase exponentially. By the evidence I have collected from Africa, we are witnessing a freezingof the phenomenon and it is now possible that traffickers are concentrating on other criminal activities.

Only multilateral cooperation will save us, many say. Covid-19 itself tells us that. Moreover, the emergency has shown the strong limitations of uncoordinated and self-sufficient national approaches. Yet, since 2016 we have been witnessing a crisis of multilateralism for many reasons, including new forms of polarisation in world politics, unilateralism and protectionism, and the accusation that many organisations have not implemented what they had promised. But without a strong multilateral coordination, the global crisis caused by Covid-19 cannot be tackled. Let’s take into account the fact that multilateralism offers enormous advantages: agreements already exist with WHO, OCHA and other organizations, which are already operational in the field and can ensure a rapid and effective response in the health sector, wasting no time. The mechanism currently implemented at the multilateral level can prove its incisivenesseven more. The methodology itself, i.e. how to cooperate, has been already widely tested in this field.

Individual countries already have a role, a political position within this system, as donors, and participate in the decision-making process. The system has already proven to operate successfully in the past, for instance with the Sars crisis in 2003, Mers in 2012 and Ebola in 2014-2016. Sitting at the multilateral tables while maintaining autonomy in terms of contributions and modalities is crucial. Not sitting at those tables means being excluded from the decision-making process, with very negative effects on the short-term and on the long-term, because we would get out of the cycle of reciprocity and international solidarity, that never before has been so essential to ensure the future of our own country, and we would lose influence and credibility.

The reciprocity and solidarity that have been demonstrated to Italy in these days, precisely because of our influence and credibility. Moreover, talking to other countries through International Institutions and Organizations ensures that there is an internal democracy without hegemonic positions. Countries that support multilateralism remain central to global issues. International Organisations are the means to implement integrated strategies to solve global emergencies. It is in the national interest to adhere to the emergency prevention and response strategy – together with the EU, UN, WHO, GAVI, CEPI (Coalition for Epidemic Preparedness Innovation) and others – by investing in Africa through multilateralism.

International cooperation at multilateral level, alongside bilateral and multibilateral cooperation, has proven to bring great benefits to the world. The economic indicators on Africa confirm this: it is the continent with the highest growth, that is about six percent per year. Africa knows it and is grateful. Italian system country –whose development cooperation is a fundamental operational arm – has contributed a great deal in this virtuous path on a multilateral level, to the benefit of our country, in a perspective of investment. We must also consider that Italy and Europe are one with Africa: a single corridor that crosses the Mediterranean, crosses North Africa, crosses the Sahara to the south and then down to South Africa.

The Romans already had this vision. Today, for us Europeans not investing in Africa would have a huge negative impact: from global health to cooperation in the fight against terrorism, to smuggling of migrants and so on. And the lockdown would risk becoming eternal. 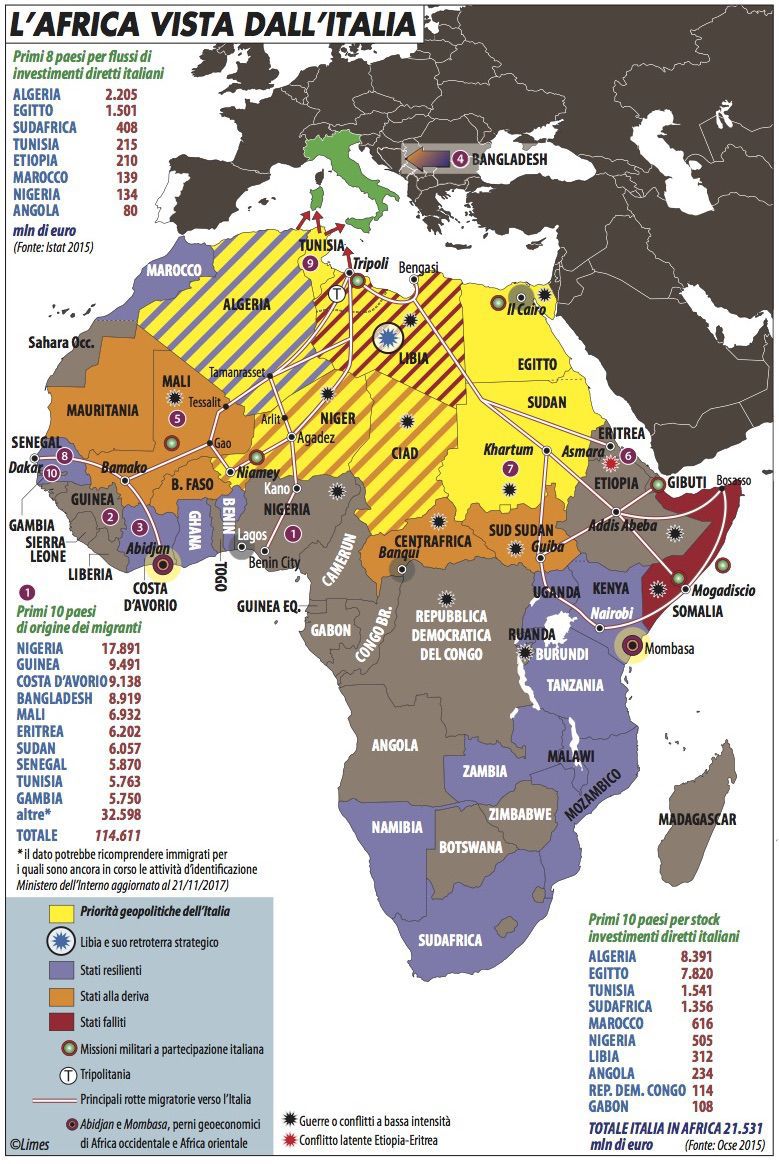 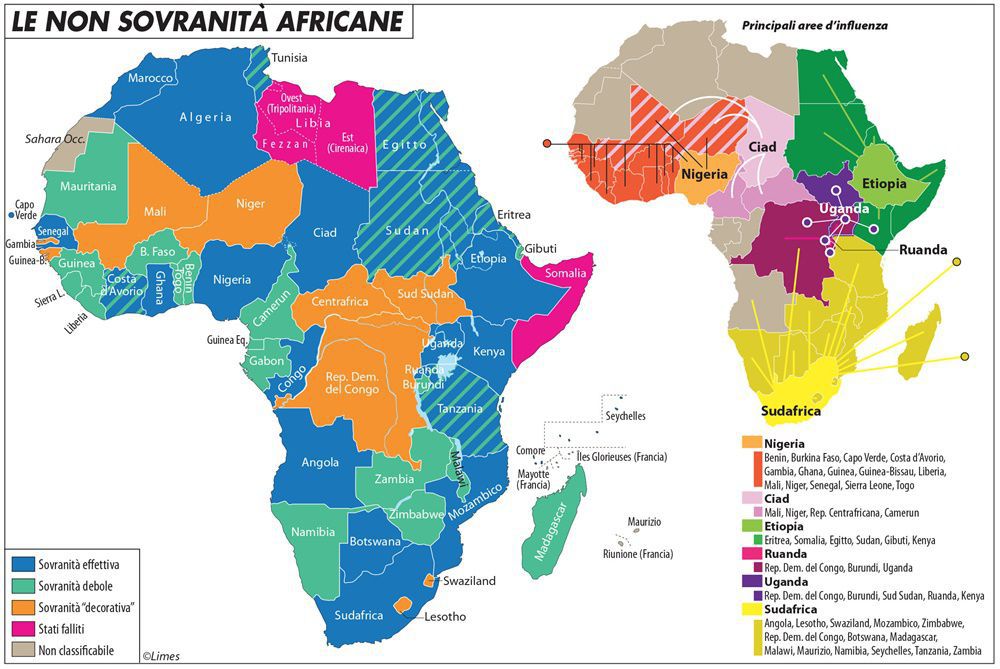 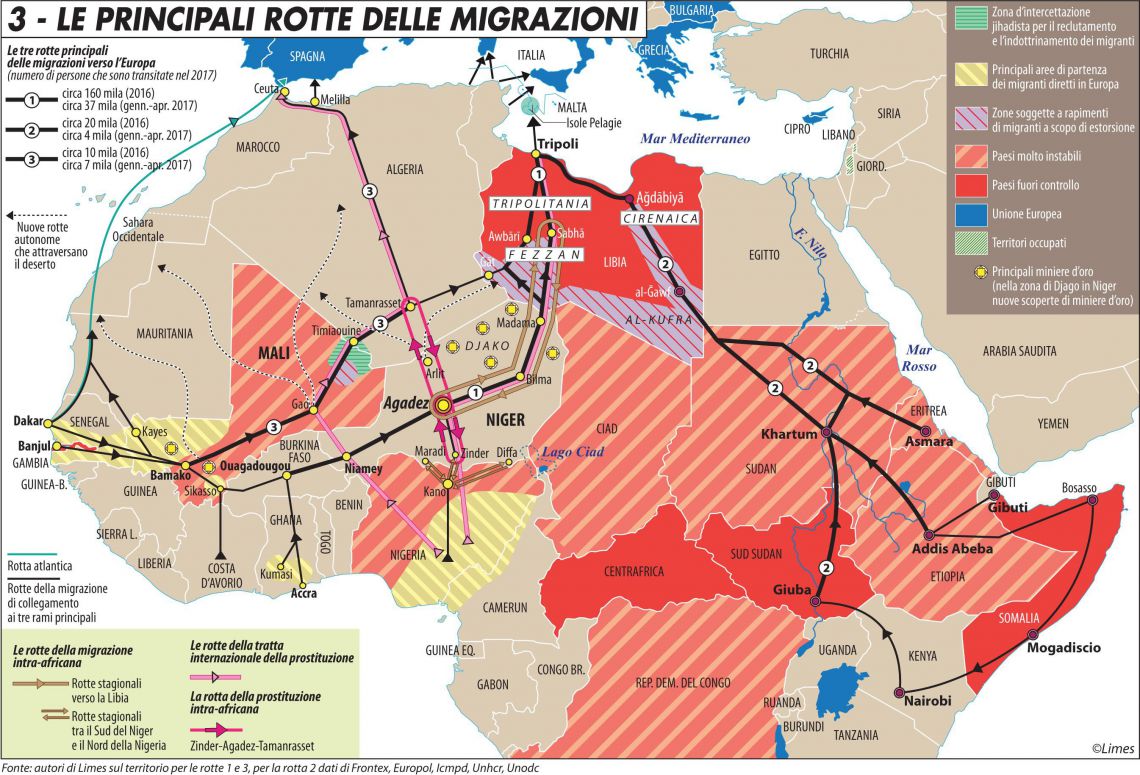 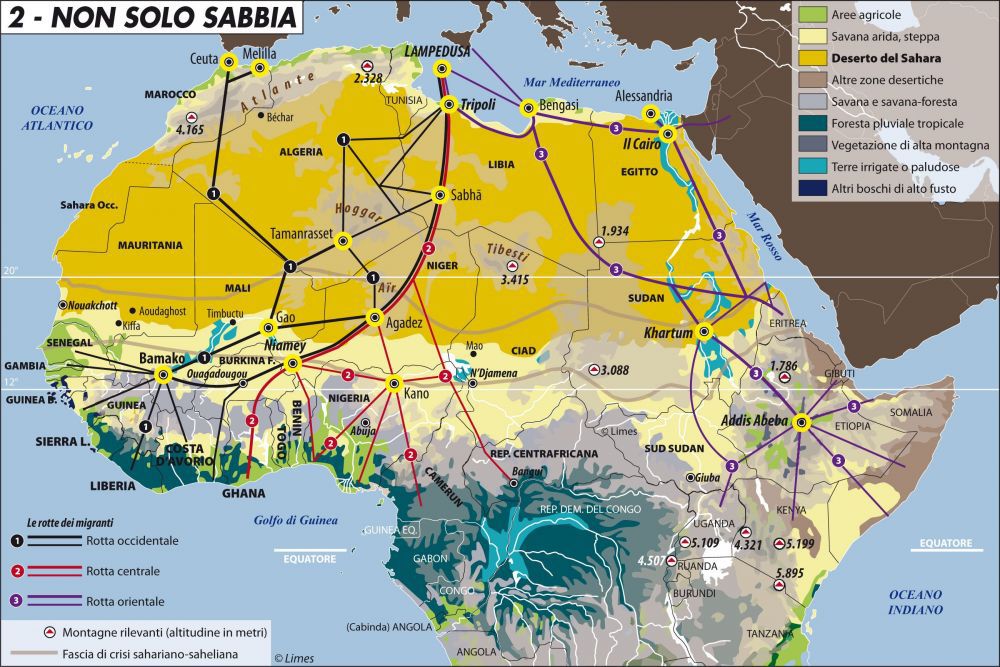