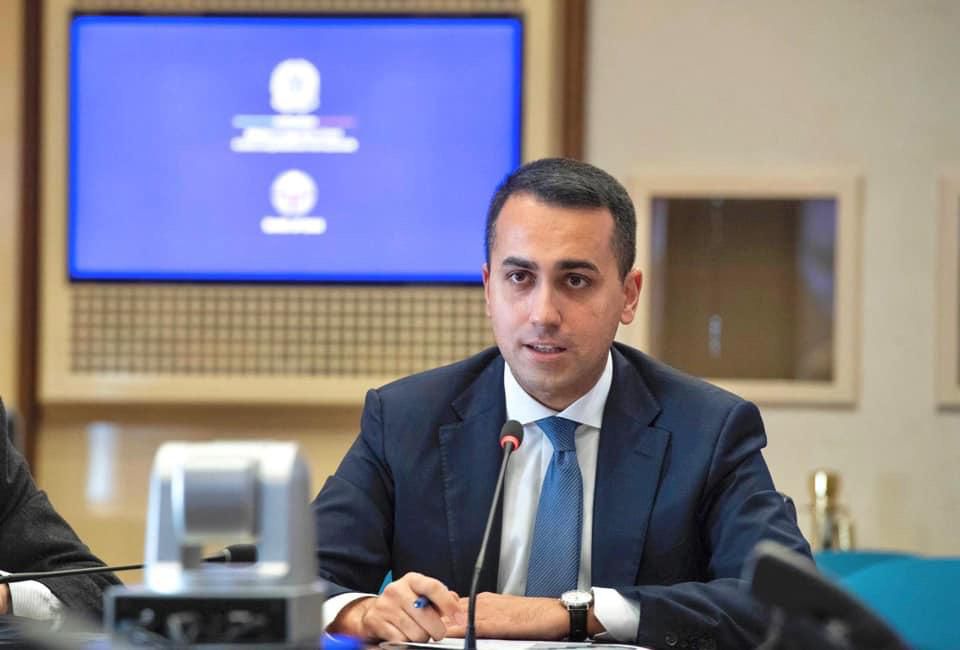 The Italian foreign minister urges EU unity against the coronavirus threat, defends his government's response to the epidemic despite a record death toll, and talks about missing being able to hug people.

Rome (dpa) - Europe must give an "unequivocal, strong and adequate" response to the coronavirus pandemic, or its future will be at risk, Italian Foreign Minister Luigi Di Maio warns.

The 33-year-old former leader of the populist Five Star Movement (M5S) gave a written interview to dpa while Italy was locked in fierce negotiations with EU peers over the proposed issuance of joint eurozone debt to raise funds for virus-stricken countries like his own.

Germany is among the countries that have opposed such a move.

dpa: Why have Italians lost so much faith in the EU? If this stand-off on eurobonds continues, will an Italian exit from the EU become a more likely scenario?

Di Maio: What is at stake here is not the future of Italy, but the future of all of Europe. We are facing a global pandemic and the EU must give an unequivocal, strong and adequate response. The markets would respond well to such a response. This is the issue: we must understand that there are no shortcuts this time, nobody can manage this on their own, we will win or lose this challenge together."

dpa: Are you disappointed by the German reaction to the crisis?

Di Maio: It's not about being disappointed or not by the German government, the point is that we must understand that now we should be pulling in the same direction. The future of Europe will depend on it, as it will have to compete with global giants. We have to work to strengthen Europe, not to divide it, and I am sure that even Germans want this. But we must now find an agreement that can ensure the [European] Union's future.

dpa: You often described Italy as a "model" for other countries in its handling of the epidemic. Are you sure you can talk of a "model" when Italy has the highest death toll from the virus? What worked and what didn't work in the country's response?

Di Maio: The measures adopted by the Italian government have been the toughest in Europe and the world and are now producing the first results as the contagion is slowing. Many other countries have later followed our model and even the WHO has publicly recognized the adequacy and effectiveness of the measures taken.

dpa: Tourism is a key sector for Italy, and obviously one of the worst affected by the crisis. When you do you think foreign visitors will be able to return to Italy?

Di Maio: I hope as soon as possible, but it's too soon to make predictions.

dpa: Countries like Austria have already adopted "exit strategy" plans, and Germany is also debating this. In Italy you call this "Phase 2." When is it going to start, and how will it work? Will it it be a selective reopening only for certain parts of the country, certain industrial sectors, or people under a certain age?

Di Maio: We are getting closer to Phase 2 and there will certainly be a selective reopening, but the government will give all the details after consulting with its scientific advisory panel. We are going down this road [consulting] science and all parties involved in this crisis. Obviously, we have to select some sectors which can restart their activities. If scientists agree, we could start easing some measures already by the end of this month.

dpa: Italy and Spain want solidarity from Europe, but neither country has a very solid financial reputation. Can you understand why some in northern Europe do not have much trust in you? Don't you think that more prudent fiscal policies in the past would have helped you now?

Di Maio: Italy is a country that has always honoured its committments and debts. Last year our deficit-to-GDP ratio, 1.6 per cent, was the lowest since 2007. It's true that we have a large public debt, but this was created more than 20 years ago. The current and previous governments have been virtuous, as they did not allow any further increase in public debt.

dpa: How has your daily life changed during this pandemic? Do you work from home or the office, and what do you miss the most from the pre-virus times?

Di Maio: I am often at the ministry, the work is intense as we continue to source help from abroad through our diplomatic network. We really miss being able to hug each other. We are an open, loving and warm-hearted people and we miss this. But I am sure we will be back on our feet soon.