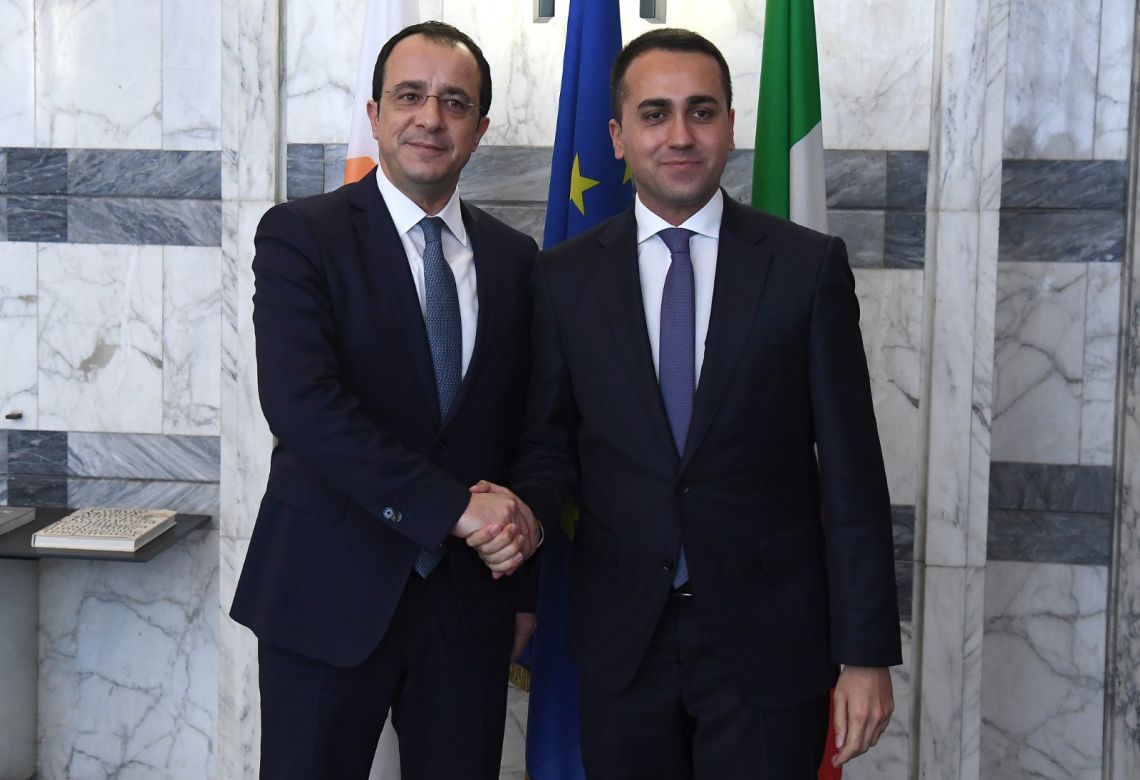 The Ministers of Foreign Affairs of Italy and Cyprus met today in Rome to discuss their excellent bilateral relations, Libya crisis, migration, the most recent developments in Eastern Mediterranean and energy related issues.

The two Ministers, welcoming the invitation by the Government of Cyprus to negotiate with Turkey made last summer , [FAC July 2019], agreed that delimitation of exclusive economic zones and continental shelf should be addressed through dialogue and negotiation in good faith, in full respect of international law and in accordance with the principle of good neighbourly relations.

In this framework, the Memorandum of understanding signed by Libya and Turkey on the delimitation of the continental shelf is unacceptable, infringes upon the sovereign rights of third states, does not comply with the law of the sea and cannot produce any legal consequences for third states. [Dec, 2019 E.C.] It is only through a genuine and good faith cooperation, that natural resources in the Mediterranean will benefit all peoples living in the region.

They also agreed on the need to expedite the implementation of the decision of the European Council, finalizing the listings on the regime of restrictive measures targeting those who are responsible for or involved in the illegal drilling activity of hydrocarbons in the Eastern Mediterranean.