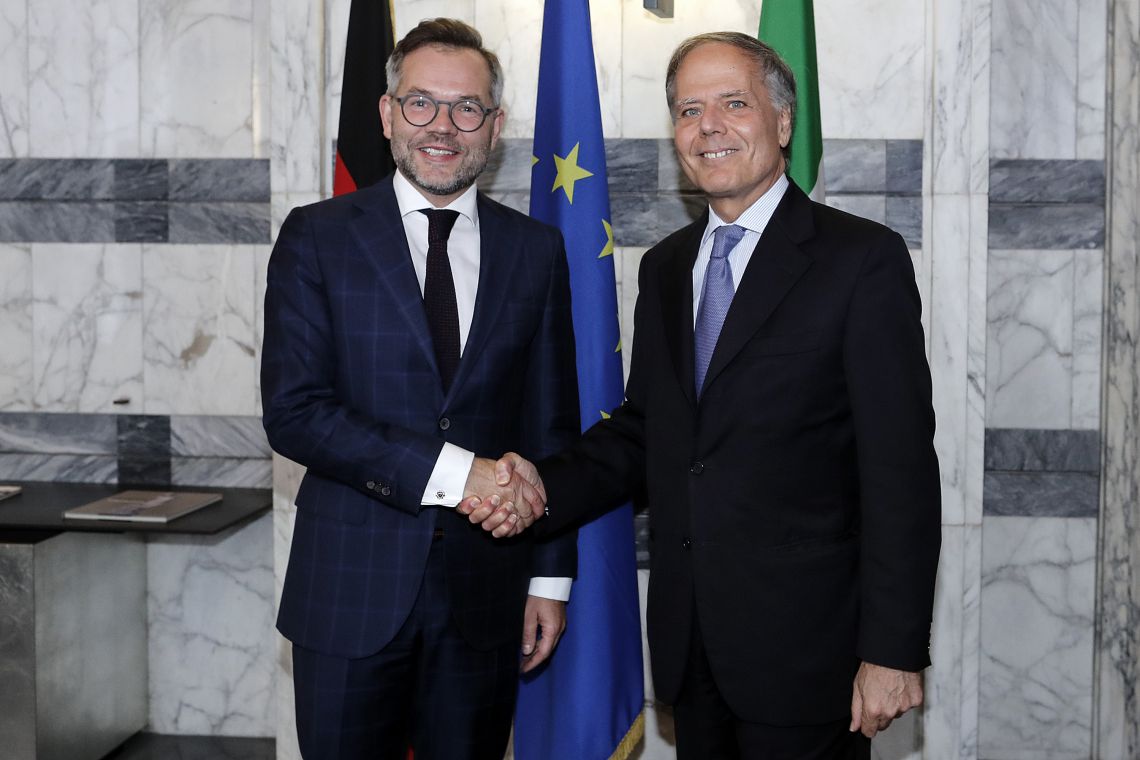 The Minister of Foreign Affairs and International Cooperation, Moavero Milanesi, received the German Minister of State for Europe, Michael Roth, at the Farnesina on 4 October.

The meeting gave the two ministers the opportunity to focus on the main issues of common interest currently under the scrutiny of the General Affairs Council, ahead of its next meeting scheduled for 16 October. They broadly agreed on the different points on the agenda. Moreover, intending to urge compliance with the procedures adopted up to now, they decided to promptly evaluate the most appropriate ways of structuring a systematic cooperation and mutual consultation system on the respective positions that Germany and Italy intend to take in the relevant EU forums.

Referring to the discussions on economic measures underway in Italy and the next Budget Bill, Minister Roth said he was in favour of social equalization and especially social protection measures for disadvantaged people, as well as of stimulating access to the labour market.

As for the draft EU Multiannual Financial Framework for 2021-2027, Minister Moavero pointed out the need for greater courage on the part of the European Commission, with a view to tangibly respond to the European citizens’ latest priority needs. In particular, the draft should be revised in such a way as to provide new and genuinely European own resources, so as to have adequate funds to preserve traditional policies in support of economic and social cohesion, innovation, infrastructure and agriculture, in addition to tackling the most relevant and urgent new issues, such as making sizable investments in the Countries of origin and transit of migrants with the aim of improving the management of migration flows. Minister Roth said he was open to making a joint reflection thereon.

Lastly, referring to the Brexit negotiations, Minister Roth insisted on the need to maintain a unitary line of action among the 27 EU Member Countries. On his part, Minister Moavero reaffirmed Italy’s position, namely to seal an agreement with the United Kingdom that might take into due consideration the most relevant details of the negotiation under way and especially assure the following: full protection to the citizens of Italy and of other EU Member Countries residing in the United Kingdom, as well as protecting the Designation of Origin and the geographical indications of Italian products, thus avoiding forms of discrimination disguised by simplistic and misleading indications, such as the so-called “traffic lights” for food products.

The Minister of Foreign Affairs and International Cooperation, Enzo Moavero Milanesi, had a meeting with...

Minister Moavero Milanesi meets with the Minister of Foreign Affairs of the Czech Republic, Tomáš Petříček

The Minister of Foreign Affairs and International Cooperation, Enzo Moavero Milanesi, and the Dutch...

The Minister of Foreign Affairs and International Cooperation, Enzo Moavero Milanesi, received at the...