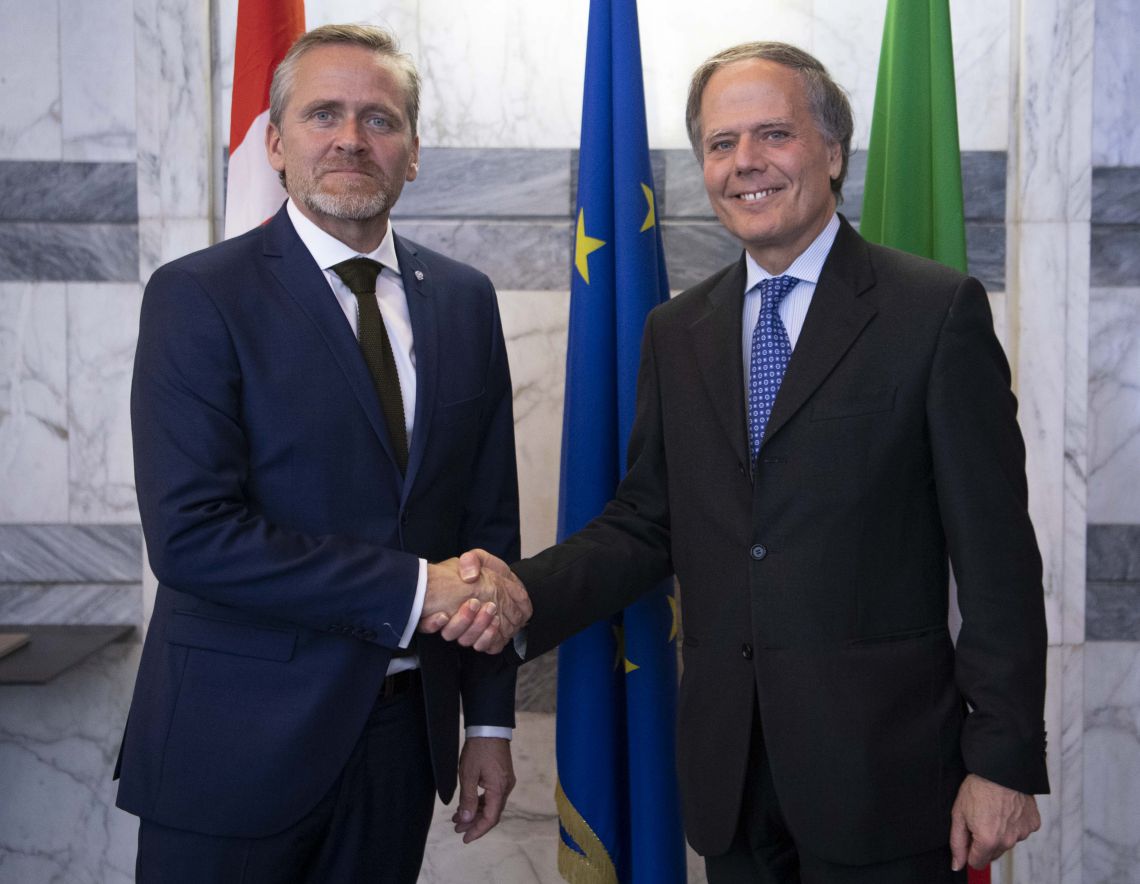 The Ministers discussed the major issues of political relevance in Europe and internationally and different aspects of the bilateral relations between the two Countries. They especially focused on: the need to design a full-fledged European migration policy; the Conference for Libya to be held in Palermo on 12-13 November; the complex key negotiations on the European Union Multiannual Financial Framework for 2021-2027; and the final phase of the Brexit negotiation.

Minister Moavero Milanesi, in the capacity of Chairperson-in-Office of the Organization for Security and Co-operation in Europe (OSCE), also talked with Minister Samuelsen on the upcoming meeting of the Ministerial Council of the OSCE, the region’s major security Organization, that will be held in Milan next 6-7 December.