The Vice Minister of Foreign Affairs Marina Sereni had today a video interview with the Secretary-General of the Oman Foreign Ministry Sayyid Badr Al Busaidi. The conversation began with the analysis of the effects of the Covid-19 pandemic and offered the opportunity to strengthen the strong ties and bilateral relations between the two countries. Sereni and Al Busaidi agreed to resume preparations for a new meeting of the Italy-Oman bilateral Commission, whose last session was held in 2017. The aim of the body is the development of cooperation between the two countries, especially in the economic, tourism, scientific and cultural fields.

Secretary-General Al Busaidi gave an overview of the reforms underway in his country and of the geopolitical situation in the Gulf region, which sees several hotbeds of crisis and tension, towards which the Government of Mascate traditionally exercises a role of mediation and dialogue between the parties.

Concerning the conflict in neighbouring Yemen, in the face of the resumption of hostilities and the risk of fragmentation, Sereni reiterated Italy’s support for the mediation efforts of the United Nations, also because of the difficult humanitarian situation in that country. “We have some concerns – said the Deputy Minister about Iran – for the position taken by Tehran regarding regional crises and in particular the support offered to some non-state actors and the transfer of missile technology, in addition to human rights issues. It is essential to save the JCPoA and to continue the frank and constructive dialogue with the Iranian authorities”.

Italy also added Sereni, “supports renewed efforts to reach a negotiated and positive solution” in the dispute between Qatar and neighbouring Arab states. About the situation in Libya, the Deputy Minister and the Secretary-General agreed on the need for an immediate and credible ceasefire, “taking into account – Sereni clarified – the necessity to avoid that the new front line between Sirte and Jufra sanctions causes division of the country. All external influence must cease, and, in this sense, the arms embargo sanctioned by the United Nations is a priority in which Operation Irini plays a fundamental role”. Both Sereni and Al Busaidi also agreed on the need for a rapid resumption of oil production in Libya, which is essential for political dialogue and the economic recovery of the country. 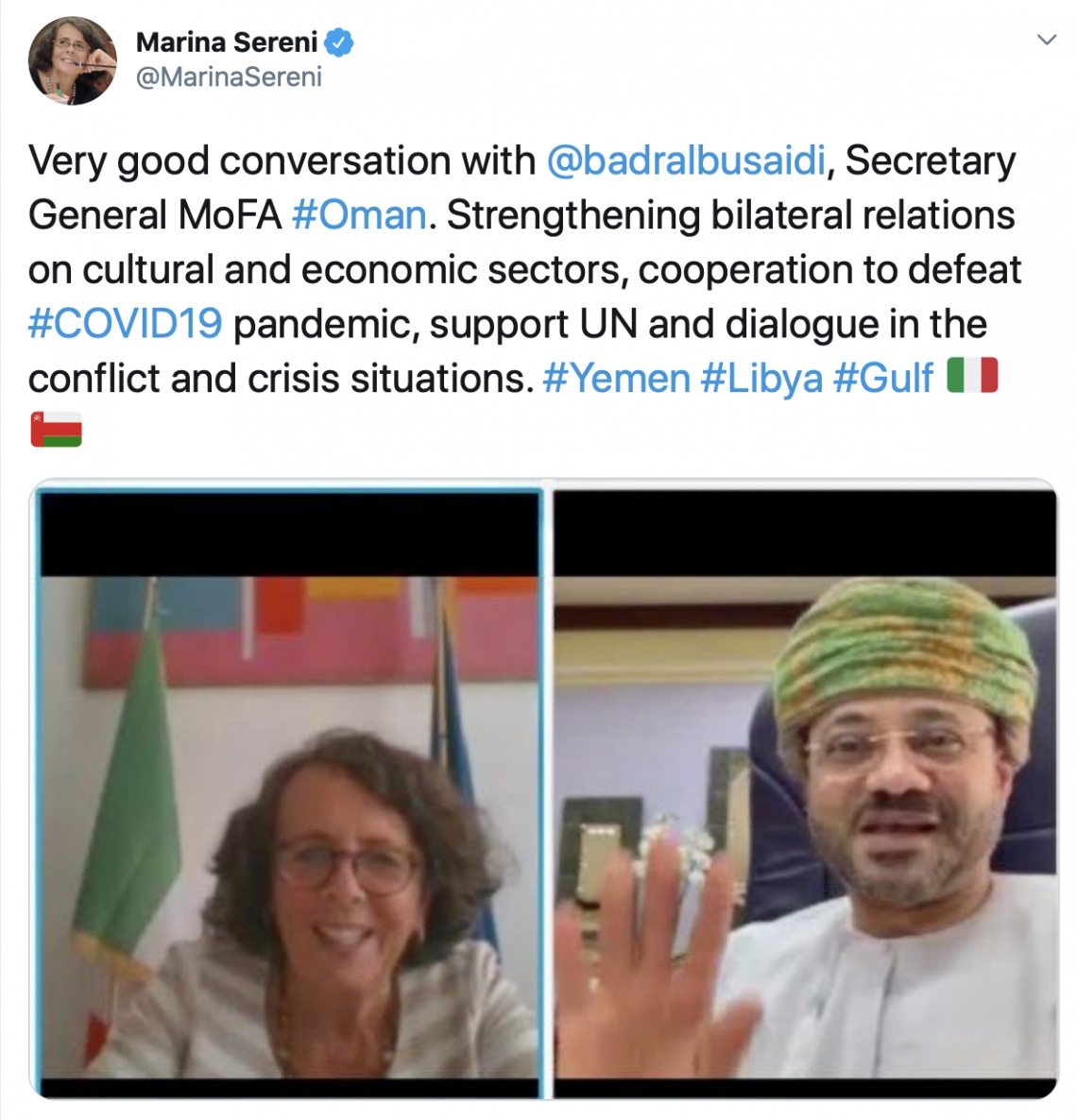