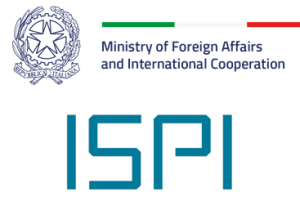 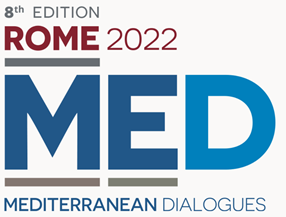 Rome, 25 November 2022 – The eighth edition of the Rome MED – Mediterranean Dialogues, Conference will be held from 1 to 3 December 2022 in Rome, at Hotel Parco dei Principi, Via Gerolamo Frescobaldi, 5. The title of the event will be “Weathering the storm: interdependence, resilience and cooperation”.

The Conference, set up, starting in 2015, by the Ministry of Foreign Affairs and International Cooperation and by ISPI (Institute of Studies on International Politics) will officially begin on Friday 2 December with a greeting by the President of the Republic, Sergio Mattarella and remarks by Antonio Tajani, Deputy Prime Minister and Minister of Foreign Affairs and International Cooperation, Mohamed Bazoum, President of Niger, Mohamed Cheikh El Ghazouani, President of Mauritania and ISPI president Giampiero Massolo. A statement by Italian Prime Minister Giorgia Meloni shall end the MED-Dialogues in the afternoon of Saturday 3 December.

On Thursday 1 December, Rome MED2022 will feature working sessions behind closed doors (the so-called “theme-based fora”) to be attended by experts on the topics dealt with by the Conference.

The Rome Mediterranean Dialogues is the major public diplomacy initiative of the Farnesina, held on a yearly basis. The event, co-organised with ISPI since 2015, gathers institutional representatives, experts, analysts, youths and stakeholders from the civil society, from the economic sphere and from the media to discuss the main challenges in the Mediterranean region and to bolster intra-regional cooperation, based on four pillars: “Shared security”; “Shared prosperity”; “Migration”; “Culture and civil society”. The event aims to promote a high-level, open and informal dialogue on the challenges facing the enlarged Mediterranean to strengthen the role of this region, which is strategic for Italy’s foreign policy, through a shared drafting of a “Positive Agenda”, in order to give new momentum to the whole region: from being the epicentre of crises, the Mediterranean must go back to being an area where its people can thrive and develop, while also being a physical and ideal platform connecting Europe, Africa and Asia.

The high-level sessions scheduled for this year’s edition shall encompass a number of topics, also associated with the impact, on the region, of the war in Ukraine, with a specific focus on energy and food security. In particular, the pillar “Security” will address all the sector or trans-sector priorities involving the region, from unsolved crises to the future of multilateralism and of the world order. The “Prosperity” pillar shall include energy-related issues (security and transition) and food-related issues, water security, the rethinking of global value chains and the adaptation of urban areas to climate change. The “Migration” section will be addressed from a cross-sector standpoint. As for “Culture and Civil Society”, it will include panels dedicated to literature and combating disinformation.

This year’s edition, too, will be streamed at the following link:

In order to follow the event from the virtual platform you must sign up by 30 November, 6:00 pm, by filling in the relevant form.

The statements by institutional figures will also be streamed on the YouTube channel of the Ministry of Foreign Affairs and International Cooperation.

Journalists, photographers and cameramen wishing to follow the 2 and 3 December proceedings in person shall register by Wednesday 30 November at 6 p.m., in one of the following ways:

– letter from the newspaper for which they work or, in the absence thereof, professional card;

Please note that on the day of the event it will not be possible to accept new accreditation requests, but only replacements.

The sessions may also be followed directly in the halls hosting the event (Sala Fernandes, Sala Sforza and Sala Farnese) by photographers and TV operators, and in the Press Room, via audio/video link, by accredited journalists in attendance.

The entrance for the accredited press in attendance at the Congress Centre of the Grand Hotel Parco dei Principi, Via Gerolamo Frescobaldi no. 5, will be open at the following times

The provision of the above-stated personal data is tantamount to authorizing its use in compliance with Legislative Decree N. 196 of 30 June 2003 and of the GDPR (EU Regulation 2016/679) by the Directorate General for Public and Cultural Diplomacy of the Ministry of Foreign Affairs and International Cooperation, the data controller, for strictly professional purposes and/or reasons linked to the performance of the event concerned.

Second edition of the Mediterranean Ministerial Dialogue on the food crisis

On the sidelines of the Rome MED – Mediterranean Dialogues Conference, Deputy Prime Minister and...

Eighth edition of the MED-Dialogues Conference organized by the Ministry for Foreign Affairs and International...

ACCREDITATION NOTE UPDATE Eighth edition of the MED-Dialogues Conference organized by the Ministry for...

Eighth edition of the MED-Dialogues Conference promoted by the Ministry of Foreign Affairs and International...