The Embassy of Italy in Pristina, the AICS Office and the Italian military contingent of the NATO-KFOR mission organised yesterday a ceremony to enhance the Italian initiatives to assist Kosovo in recovering from Coronavirus emergency. The ceremony was attended by the Italian Ambassador to Kosovo, Nicola Orlando, the Commander of the Italian Military Contingent in Pristina, Col. David Colussi, and, on the Kosovar side, Health Minister Arben Vitia and Interior Minister Xhelal Sveçla.

The initiative took place at the end of the sanitisation of more than fifty public buildings in 34 locations in the country, by a team of the 7th CBRN (Chemical-Biological-Radiological-Nuclear) Defence Regiment of the Italian Army, which arrived from Italy a few weeks ago, to allow the safe reopening of public services to the population.

During the ceremony, Ambassador Orlando offered health material and protective devices donated by the Italian Agency for Development Cooperation to the Clinic of Infectious Diseases in Kosovo as part of the project “Support to the Health System in Kosovo”, through which, at the beginning of the crisis, Italy also provided Kosovo with a microbiology laboratory.

Ambassador Orlando pointed out that in the implementation of a deep and effective partnership, which has not failed even in the most difficult moments, Italy remains at Kosovo’s side even in “Phase 2” of the progressive lifting of restrictions. The Kosovar ministers expressed their warm appreciation for the Italian support against the spread of the Coronavirus, which had already begun before the contagion appeared in the country, with material supplies, civil and military assistance, and the sharing of Italian experience and expertise. 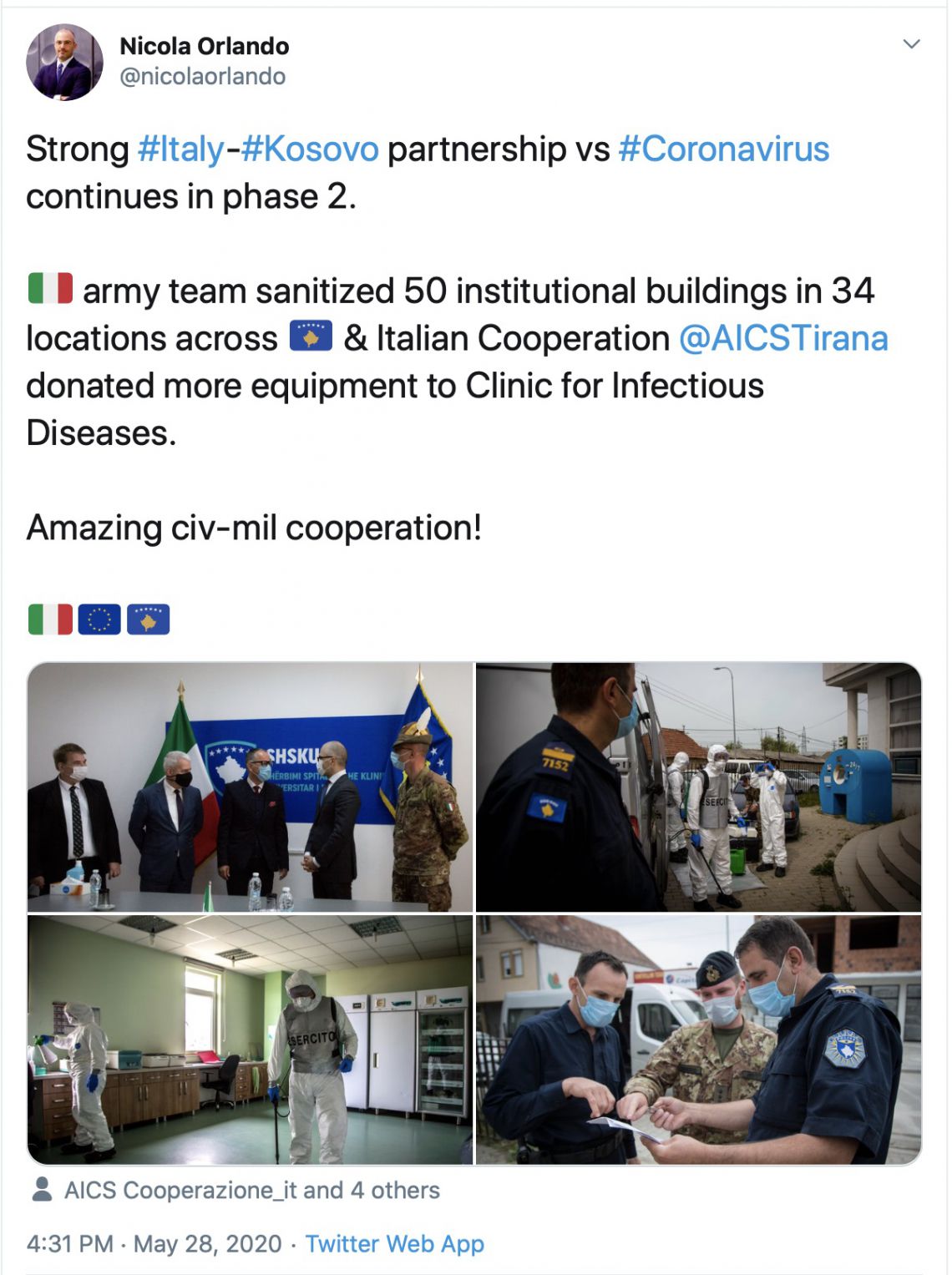